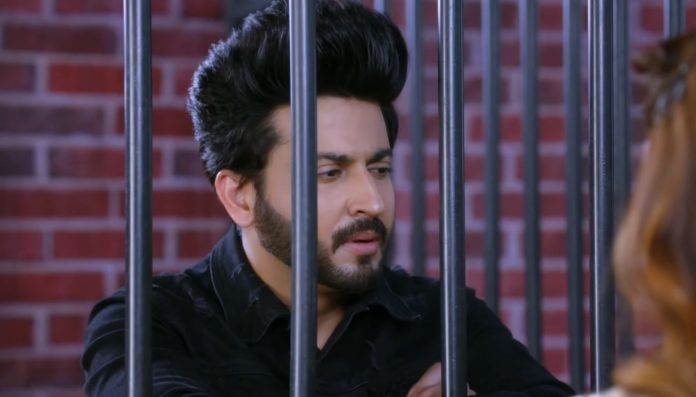 Kundali Bhagya 28th May 2021 Written Update Stunning find Prithvi pretends to get his foot hurt and screams a lot to save Sherlyn from getting caught. He actually identifies her, and comes up with this plan to save her, but she thinks he is mistaken about her and wants to steal the phone from her. Mahesh, Rakhi and Suresh help Prithvi and tell him that he is strong enough to bear little pain. They drop Prithvi to the room. Rakhi asks them not to pull Prithvi’s leg further. She asks Prithvi to take rest.

While they leave, Sherlyn enters the house from the back door. She gets angered that Mahira didn’t come to save her, when she was signalling Mahira for help. She decides to teach a lesson to Mahira. She leaves the trail of footprints outside Mahira’s room. She goes away from there. Sameer, Shrishti and Preeta reach the room and realize that its Mahira’s room. They suspect Mahira seeing the footprints ending outside the door.

Mahira asks them about Akshay’s targets. Their doubt gets more certain after her word. Mahira gets herself into trouble. They begin questioning Mahira to know her involvement in the case. They want to know if Mahira had stolen the phone. Mahira panics to answer them. She tells them that she didn’t do anything. She secures her stay in the house. Kritika reaches there and asks Preeta to come with her. She tells that she has something important to say. Mahira gets worried seeing their planning. Prithvi makes a way to meet Sherlyn in her room.

He tells her that he had identified her in the thief’s disguise. He adds that he had hurt himself to save her from getting caught. Sherlyn gets pleased to know that he had done so much for her. She forgives him. She was earlier angry on him for not being supportive. They both get happy that they finally won and got Akshay’s phone. She tells him how Mahira didn’t come to help her when she was in need. She tells her smart move to get Mahira caught by Preeta.

She tells him that she had intentionally left the footprints outside Mahira’s room to make Preeta and team suspect her. She tells that nobody will know about her truth now. They celebrate their win. She tells him that they shall break Akshay’s phone to destroy the evidence soon. They together break the phone, and assume that they are safe. Kritika breaks a crucial news to Preeta that the phone stolen by the thief was her used phone, she still has Akshay’s phone with her. It becomes a big surprise for Preeta.

She tells that they shall pass the phone to Sameer’s friend and get it unlocked soon. Sameer tells that his friend will charge the phone and also unlock it, then they can see all the videos saved in it. They await Sameer’s friend to arrive and repair the phone. Shrishti goes to spend time with Preeta. Preeta prepares her bedding on the floor, which makes Shrishti emotional. Shrishti asks Preeta if she is planning to sleep on the floor.

Preeta tells that Karan must be sleeping on the floor in jail, that is why she also wants to feel what he is going through. She doesn’t want any comforts when Karan isn’t with her. She asks Shrishti to go home. Shrishti asks her to take care. Preeta and Karan think of their fond memories. They miss each other. Moreover, Mahira visits Karan in the jail and confesses her feelings. Karan tells her that he knows about love since he met Preeta.

He admits that he loves Preeta. Mahira gets upset and makes a leave. Preeta meets him to share her suspicion about Mahira. Karan tells her that he doesn’t think that Mahira could be the killer, since she can never put him into trouble, her love or obsession, whatever it is, will not let her put him in risk. He tells her that Mahira is innocent. Preeta is stunned to know his faith on Mahira. He asks her to search from the beginning again, since the killer is someone else. Will Preeta find out Sherlyn’s truth? Keep reading. Comment your views below.

Reviewed Rating for Kundali Bhagya 28th May 2021 Written Update Stunning find: 2/5 This rating is solely based on the opinion of the writer. You may post your own take on the show in the comment section below.