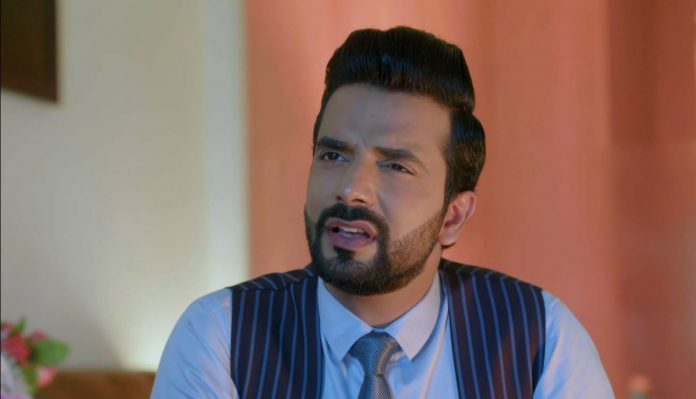 Kundali Bhagya 3rd June 2021 Written Update Rishabh is back Sherlyn gets blackmailed by Megha. She is threatened about the evidence which will prove Sherlyn as the killer. Sherlyn wants to save herself from the mess. She meets Megha just to find a way to get saved. Megha asks her to give her 50 lakhs if she wants to save her reputation as a Luthra family member. She adds that the Luthras will throw out Sherlyn from the house if her truth comes out. She asks Sherlyn to think of the dire consequences.

Megha doesn’t get seen by anyone, because of her disguise. She tells that she will tell everyone that Sherlyn has killed Akshay, and then Sherlyn will land behind bars. Rakhi and Karan get happy to meet and see each other smiling. Karan asks her to always smile, like he has come back home.

On the other hand, Prithvi calls Rishabh to break the truth of Karan’s arrest. Rishabh had not known about it before. Rishabh receives a big shock to see his younger brother behind bars for Akshay’s murder. Prithvi tells Rishabh that he likes to see Karan behind bars, and he so wishes that Karan always stays there. He adds that Karan also told him the same, Karan seems to be enjoying his stay in the jail.

Rishabh tells Karan that he is feeling horrible like losing his life, on seeing Karan suffer in the jail. He doesn’t need to mention his love for Karan. He tells that he can never imagine his brother to become so tolerate and easy going. He knows that Karan is in the jail to save Preeta from the blame. He can’t let Karan suffer more. He wants to reach Karan as soon as possible and save him from the wrong allegation.

Karan asks Rishabh not to pay attention to whatever Prithvi has said, he won’t be in the jail forever, its a temporary phase and shall pass out soon. He tells that his family is his strength and he knows that they will always love him, and try hard to protect him. He tells about Mahesh’s promise to arrange his bail. He is hopeful to get the bail and go home. Rishabh worries for Karan a lot. Karan tells that he knows what Rishabh can do for him, and is also aware of Rishabh’s current situation. He asks Rishabh not to explain anything to him. He tells that he knows what all Rishabh is doing for him.

Rakhi gets emotional on hearing Karan’s positive speech. She tells him that the entire family misses him. She knows that he would be missing the family as well. Sherlyn goes to meet the blackmailer at the mentioned place. She waits for the blackmailer. She tries to find out who has learnt her big secret. She finds a woman clad in burqa coming to the restaurant. She suspects her and lifts the veil to just see Megha. She asks Megha why is she blackmailing her. She knows that Megha had earlier blackmailed Prithvi.

On the other hand, Prithvi gets much jealous of successful Rishabh, when he learns that Rishabh’s business is doing much better now. He wanted to ruin down Luthras business and take revenge for his brother Pawan. He can’t see Rishabh getting more profits for the company. He decides to break down Rishabh emotionally by revealing about Karan’s arrest. Someone drops a letter for Sherlyn. She doesn’t know about it. Megha tells Sherlyn that she also knows Sherlyn’s truth that Sherlyn and Prithvi are into a relationship.

She adds that Akshay had told her all the secrets that Sherlyn is pregnant with Prithvi’s child. She threatens to reveal the video, where Sherlyn and Prithvi are disclosing their affair truth themselves. Sherlyn gets frightened when Megha demands 50 lakhs from her. Megha tells that she also knows that Sherlyn had met Akshay that day and killed him. She alerts Sherlyn of the letter she has sent to her, which reveals her entire truth. She tells that its just a sample of her courage, she can reveal the truth to Luthras as well. She asks Sherlyn to take her word seriously and get the money.

Furthermore, Prithvi visits Karan in the jail. He cleverly sends a message to Rishabh to tell about Karan. Rishabh calls Prithvi to know the matter. Prithvi shows Karan suffering in the cell, just because of Preeta. Prithvi asks Rishabh why did he do wrong with Karan, why did he leave Karan so helpless. He makes Rishabh feel guilty for being away. He makes fun of the bond shared by Karan and Rishabh. Karan knows Prithvi is playing wicked. He asks Rishabh not to feel guilty for anything and just focus on the business. He trusts Rishabh. He angrily stranges Prithvi to reach him a lesson. Prithvi tells that he just wants a selfie with Karan. Karan warns him to not visit him again.

Reviewed Rating for Kundali Bhagya 3rd June 2021 Update Rishabh is back: 3/5 This rating is solely based on the opinion of the writer. You may post your own take on the show in the comment section below.