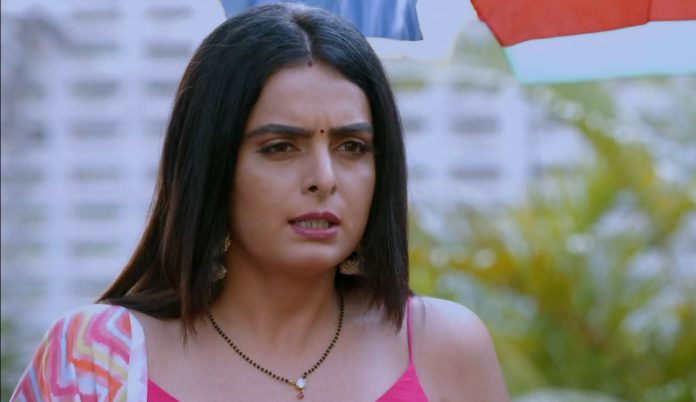 Kundali Bhagya 4th June 2021 Written Update New target Preeta tells Shrishti that Sherlyn is the third person who was getting blackmailed by Akshay. Preeta makes a plan to catch Sherlyn red-handed. She gets too furious on Sherlyn. She regrets that she is tolerating a criminal in the family. She knows that Sherlyn has wronged Karan and many lives. Preeta tells Shrishti that her husband is in the jail for someone else’s crime, anyone in her place would have found the culprit and killed him to take revenge. She explains that Karan is being punished, while she knows who is the real killer.

She asks Megha to give her 25 lakhs from the 50 lakhs. Megha gets shocked when Ruchika claims half the share of the amount. Sherlyn can’t accept that someone is blackmailing her once again because of Prithvi. She breaks down and tells Prithvi that she is getting blackmailed once again. Prithvi can’t believe that its Megha, who is after Sherlyn now.

He tells her that he will handle Megha. Shrishti and Sameer meet Mahira to instigate her further about Sherlyn. They think it will be good if they break down the evil trio. They lie to Mahira that Sherlyn is conspiring to frame Mahira. They ask Mahira to ask Sherlyn and confront her if she doesn’t believe them. Mahira gets instigated by their words. Mahira goes to Sherlyn and confronts her about the plans. Sherlyn can’t tolerate Mahira’s anger. She gets into an argument with Mahira. Will Sameer and Shrishti’s plan against Sherlyn work? Keep reading.

Reviewed Rating for Kundali Bhagya 4th June 2021 Written Update New target: 3/5 This rating is solely based on the opinion of the writer. You may post your own take on the show in the comment section below.