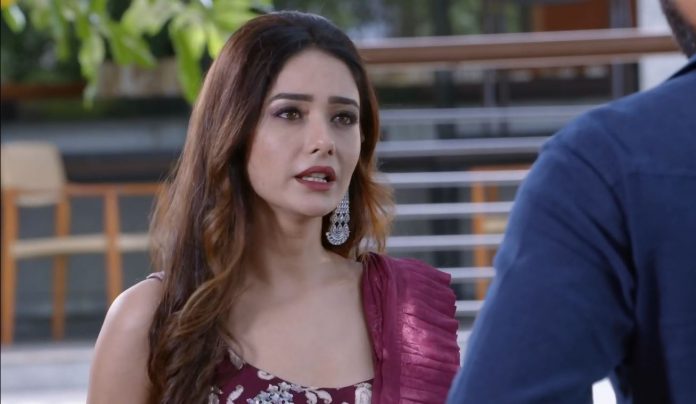 Kumkum Bhagya 8th June 2021 Update Tanu new demand Tanu gets threatened by Pradeep, but ultimately convinces him by offering him a great deal. She tells him that her marriage with Abhi will be beneficial for both of them. Pallavi wants to get Ranbir and Rhea married soon. She speaks to Abhi and Pragya in this regard, and they together decide to get the children married soon. While Ranbir isn’t happy with the marriage idea, Rhea can’t wait for him. Ranbir still loves Prachi. Ranbir hopes Prachi to come and confess her feelings before it gets too late, before he becomes bound to Rhea.

He has already told Prachi that he will keep his loyalty for his wife. Prachi is quite unsure of her next move. She loves Ranbir from the bottom of her heart, but can never confess her feelings because of Rhea. She had promised Rhea that she will never break the deal or try to claim her love. She wishes Rhea understands her sacrifice she had made for Pragya. Ahead, Mehras get excited to plan Ranbir and Rhea’s marriage. Tanu waits for Pradeep to come back. She keeps a dagger with her just in case if things get ugly between them. Pradeep meets Tanu.

He finds her reaching out to get the dagger. He angrily threatens to shoot her if she dares to double cross him. He tells that he will not kill her, because that will be totally useless, he wants to get the money which she can retrieve from Abhi. He promises to not interfere in her marriage with Abhi. He asks her to go ahead without any tension from his side. This brings Tanu at peace. She shares her entire plan with Pradeep.

On the other hand, Pragya tells Abhi that once Tanu withdraws the false case against him, he can immediately back out from the marriage. She wants him to be alert. To be safe, Pradeep asks Tanu to invite the judge in the marriage function along with Singhania. He tells that Abhi will comply with the deal if they make it tough for him. Tanu calls up Abhi and informs him that the judge will be attending their marriage as well. This grows Abhi and Pragya too worried. Later, Prachi breaks down thinking about Ranbir. She can’t think of his marriage with Rhea. Ranbir meets her to know her feelings in the final moments.

She doesn’t reveal her feelings. He gets angered when she pretends unconcerned and unaffected by his marriage news. Prachi congratulates Ranbir for his marriage getting fixed. He ends up hurting himself in anger. He tells her that she is ruining three lives by her decision, she will always be regretting it. Prachi knows that she is forcing him away. Abhi lands in a tensed situation, thinking if he would really marry Tanu while acting so in front of the judge. Pragya asks him to go ahead, until she finds a solution for this problem.

Abhi and Pragya meet Tanu, who keeps another condition. Tanu asks Pragya to leave the Mehra house once the marriage happens. She doesn’t want things to get awry. She demands Pragya’s bridal saree after snatching her Kumkum. Abhi knows how painful its getting for Pragya, but keeps silence.

Reviewed Rating for Kumkum Bhagya 8th June 2021 Update Tanu new demand: 4/5 This rating is solely based on the opinion of the writer. You may post your own take on the show in the comment section below.