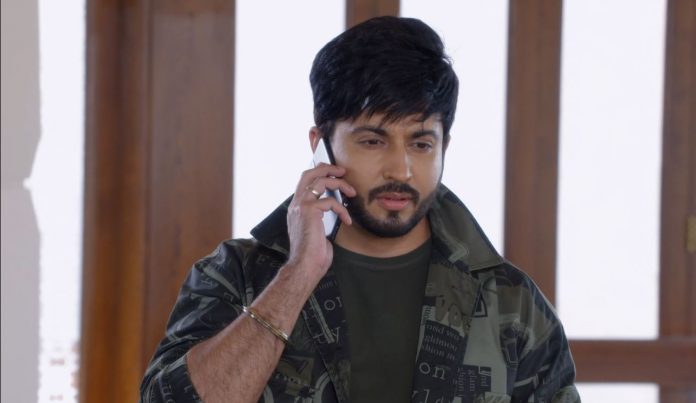 Kundali Bhagya 14th June 2021 Written Update Decision time Shrishti gets the cops inside the house. Inspector asks Rakhi what is happening that she is stopping Mahesh and Pammi from speaking. Rakhi lies that Mahesh and Pammi were singing so badly that she couldn’t tolerate it. She tells him that Mahesh can sing and prove her right. Inspector tells her that he didn’t come to listen to Mahesh’s singing. She delays the investigation. He asks her if Karan has come home. Pammi tells that Karan doesn’t stay with them.

She doesn’t want the police to search the house and find Karan. She stops the police at the door with an intention to send them away. She asks Inspector to go quickly and find her son. She pretends panicking. She tells Inspector that Karan didn’t come home. She sends away the cops. Preeta makes an entry with Karan. She tells that Rakhi didn’t do it right. Rakhi tells that she has done the right thing.

She reminds Preeta how the police has been unfair towards Karan. She doesn’t want Karan to go away from her. Rakhi tells Preeta that she has ended Inspector’s suspicion and sent him away. Sameer tells Karan that they have lied to the Inspector. Karan tells that he is going to the police station. Shrishti makes him fall in Preeta’s arms. Preeta catches Karan to save him from falling. They get into a romantic moment. Preeta makes Karan fall down.

She tells him that she has recalled the way he taught her. Karan wants Rishabh to guide him in this tough situation. Karan makes a video call to Rishabh. Rishabh is so happy and surprised to see Karan back with the family. Shrishti tells that Karan is released. She asks Rishabh to disconnect the call. Rishabh wants to talk to Karan. Karan and Mahesh ask Rishabh to listen to them. Rishabh asks Karan to tell him what’s happening.

Karan tells that he isn’t released from the jail. Preeta and Mahesh suggest that Karan should go back to the police station. They reveal that Sameer and Shrishti made Karan escape the prison. Rishabh asks them not to do any crime, else Karan will fall in big problem. Rishabh tells that its a crime to break out from the police custody. Rakhi shocks them by announcing her decision to divorce Mahesh.

On the other hand, Prithvi goes to see Sherlyn. Kritika runs to see Rishabh at the door. She gets hurt. She tells Deepali that Rishabh has come. She hides from him to surprise him. Deepali attends Prithvi. He tells that he has come for his wife. Kritika identifies his voice. Karan tells Rishabh that Rakhi is kidding. Rakhi tells that she knows Mahesh loves him a lot, she also loves him equally. Mahesh tells that Rakhi isn’t doing anything wrong, but he is helpless to listen to Rakhi. He asks his sons to understand his helpless situation. Rakhi tells Karan that she is protecting him, she is just fulfilling a mother’s duty.

She grows emotional. Rishabh tells Karan that he loves him a lot. He asks Karan to call the police and surrender before he falls into any big mess. Karan thanks him for the advice. Rishabh is proud of him. Shrishti tells Karan that she didn’t take him or the constables to the hospital. Karan tells her that she didn’t do right. She tells that police has treated him badly. She asks him to not surrender to the police when he is innocent. She tells him that she loves him a lot. Karan understands her emotions. He decides to stay back with the family. Rakhi gets glad with his decision.

Reviewed Rating for Kundali Bhagya 14th June 2021 Written Update Decision time: 5/5 This rating is solely based on the opinion of the writer. You may post your own take on the show in the comment section below.