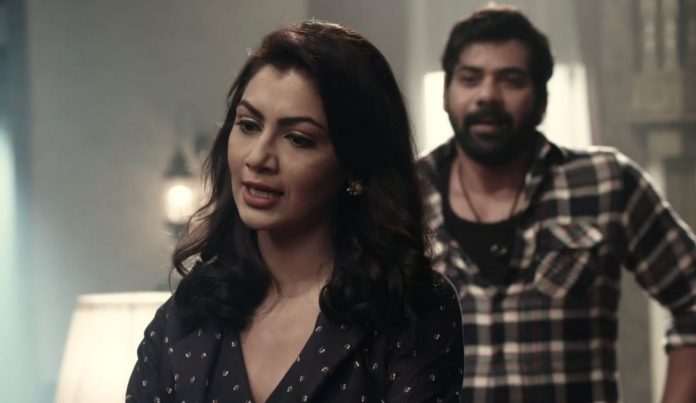 Kumkum Bhagya 8th July 2021 Written Update Redux Abhi gets the newspaper to check the news. He is shocked to read the headlines. He reads that Mehra mansion auction is decided by the company which acquired it from him. He doesn’t know that Mehra mansion doesn’t belong to Thapars now, but to Sushma and Pragya. Abhi has already lost his house. But, he is still moved to see the auction news. He thinks of the terrible feeling that people will bid prices for his house, which is precious for its memories. Abhi deals with many inner conflicts because of Pragya.

On the other hand, the auction news upsets Pragya as well. She tells Sushma that even if they sell the bungalow, the memories associated with it will never fade down. She adds that she has many memories with Mehra mansion, she had entered that house as Abhi’s wife, her Grahpravesh happened there, she had lived many relations there, when many of the relations turned fake, even then one relation was true always.

She talks of Baljeet, not Abhi. She tells Sushma that Baljeet has always loved her unconditionally. She adds that Baljeet always considered her a good omen for the family, no matter what Aaliya and Tanu conspired against her. She tells Sushma that she wants to gift the house to Baljeet, knowing that Abhi, Aaliya and Tanu will also move on along with Baljeet. She still wants to return the house and bring Baljeet back from the poverty stricken life. She can’t see Baljeet paying a price for Aaliya’s mistake.

Abhi goes to meet his friends in the chawl. He tells them that his problem is too big, he is going to see the auction of his dream house, he couldn’t save the house before and is losing it again. He doesn’t want to burden Purab by asking for his help. He knows that Kohlis will also not come help ahead to help him. Abhi gets depressed for the loss. Pragya finally convinces Sushma to let her gift the house to Mehras. Sushma keeps a condition for Pragya. She asks Pragya not to melt her heart and think of returning to Abhi. She doesn’t want Pragya to give her life in love when the other person doesn’t have any true feelings for her. She makes Pragya promise that she will never go away from her.

Sushma tells Pragya that she is finding peace for her. She doesn’t want to lose Pragya like she had lost Priyanka. She can’t leave Pragya alone. She wants Pragya to keep talking to her. Pragya is hurt that Abhi loves Tanu. Sushma tells that Abhi doesn’t love Pragya. She doesn’t want Pragya to get influenced by the past memories. She tells that she wants to help Pragya come out of the past.

She asks Pragya not to fall weak, when she had made herself strong. She wants Pragya to strongly fight and never break down. She decides to not give the bungalow to Pragya. Pragya tells that the bungalow is a world for her, her relation with Abhi’s Dadi was true. Sushma keeps her condition, that she wants to see her strong Pragya. She tells that she will go ahead with the auction if Pragya cries for Abhi. Pragya accepts her challenge. She tells that she has not lost the battle. Sushma wants to see her confidence.

Tanu gets scared by a nightmare. She goes to see Abhi. Aaliya and Mitali get disturbed by Tanu’s scream. Aaliya wants to talk to Tanu to know why is Tanu living with Abhi when there is no love between them. Tanu is relieved that Abhi is in the chawl. Abhi smiles dreaming of Pragya. Elsewhere, Prachi saves Pallavi from an accident. Pallavi doesn’t thank Prachi for her good intentions. She shows her hatred for Prachi. She pays money to insult Prachi. Prachi refuses to accept money. She asks Pallavi to bless her. Pallavi publicly humiliates Prachi. Ranbir calls Prachi to inform that he has gone home to meet Vikram.

He misses her a lot. Prachi also misses him. She gets busy with Siddharth’s work call. Ranbir hates the fact that Siddharth always breaks their moment. Ranbir and Prachi meet at home. She finds some girls’ pictures with him. She confronts him. Ranbir asks him to select a girl for Siddharth. He tells Prachi that they shall find a nice girl for Siddharth and get him married.

Reviewed Rating for Kumkum Bhagya 8th July 2021 Written Update Redux: 3/5 This rating is solely based on the opinion of the writer. You may post your own take on the show in the comment section below.