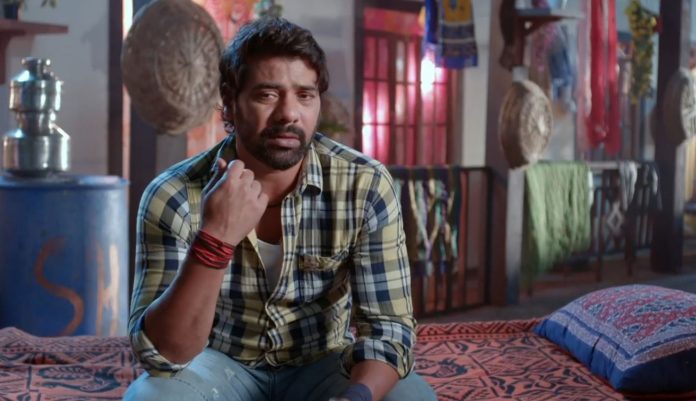 Kumkum Bhagya 16th July 2021 Written Update Abhi big goals Abhi is glad that Aaliya and Tanu have done the right thing for the first time. Tanu tells Aaliya that Abhi didn’t talk to them. She knows that Pragya will stay away from Abhi for the sake of their revenge, their truth will never come out. Aaliya tells that Pragya and Abhi’s egos won’t let them talk well. She wants to show Pragya her status. Ranbir tells Prachi that Rhea can’t be with Siddharth. He knows that Prachi loves Rhea and would be missing her. He understands Prachi’s feelings. He asks her not to forget the lesson Rhea has taught them.

Prachi knows that Rhea isn’t a good person. She wants everyone to stay away from Rhea. Siddharth calls Ranbir to know about Rhea. Ranbir tells him that that girl didn’t look right for him. He asks her to find out compatibility, he should have a casual talk first and then get to know her. Siddharth tells that he will ask Rhea for a dance. Ranbir prays that Rhea never comes in Siddharth’s life. Siddharth goes to talk to Rhea. Rhea knows that he will be struck by her charm. Siddharth asks Vineet to go to his friend. He stays back in the pub to talk to Rhea.

Ranbir tells Prachi that Siddharth has found a girl for himself, they are free from all the responsibilities. Ranbir and Prachi have a romantic dance to celebrate their quality privacy. Siddharth calls Ranbir. He tells Ranbir that he has fallen into trouble. Ranbir asks him the matter. A man snatches Siddharth’s phone and runs away. Siddharth gets caught by the police who raid the pub.

Ranbir and Prachi get worried for Siddharth. They don’t learn the actual problem. Abhi gets hurt by Pragya’s earring. He talks to her earring. He tells that anger doesn’t suit her. Pragya tells him that he can never defeat her. She feels things went good that he had made her more determined for revenge. She didn’t see any regret in his eyes. She is angered that he is faking love and pretending good to fool her. Abhi knows that Pragya has bring a new life in him, her return has filled new hopes in him.

Pragya doesn’t want anyone to come between her and her aim. She doesn’t want any old memories. He wants a new name for his love story. Pragya speaks to his picture. She tells him that its time to write a new history. She wants to win and put all the sorrows in her fate. She gets revengeful. Inspector wants to catch the drugs suppliers Jack and Jenny. Soon, the couple gets caught. Siddharth is found with the drugs. He doesn’t know how he had got the drugs in his pocket. Jack and Jenny try to escape. Inspector asks Siddharth if he is the boss of the drug suppliers. Siddharth get caught for no reason. Rhea witnesses him in trouble.

Rhea defends Siddharth in front of the police. Inspector asks her how does she know him. Rhea lies that she is Siddharth’s wife. She wants to protect him. She tells him that Jenny had put the drugs in Siddharth’s pocket. Inspector doesn’t give a clean chit to Siddharth. Rhea pleads to him. She succeeds to save him. Siddharth gets glad seeing Rhea taking a stand for her. Baljeet doesn’t want Abhi to drink. Abhi tells that he wants to flush out old memories and make new memories with love. Baljeet asks him to stop drinking the poison. Abhi hopes to win back Pragya. Comment your views on the show. Keep reading.

Reviewed Rating for Kumkum Bhagya 16th July 2021 Written Update Abhi big goals: 4/5 This rating is solely based on the opinion of the writer. You may post your own take on the show in the comment section below.