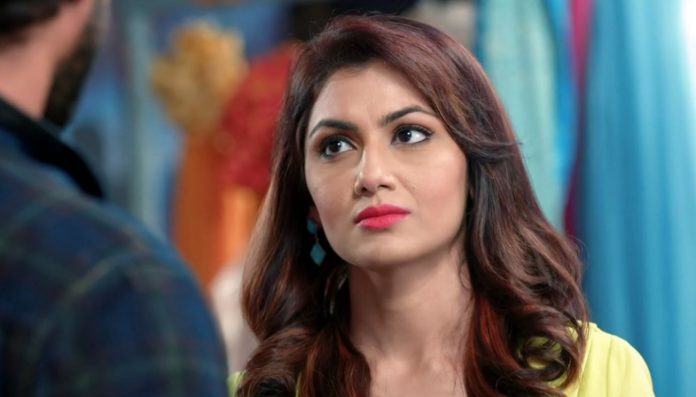 Kumkum Bhagya 19th July 2021 Written Update Chaos begin Abhi happens to notice Pragya arriving in the chawl. His friends leave from there. Sumit apologizes to her. He tells Pragya that Abhi has won the queen and also the final match, that’s why they were celebration. Abhi tells that Pragya is upset with him. Rhea asks Siddharth how did he get the drugs. He tells that he just found it, he will give it to the police. She replies that they will be arrested if he goes to the police.

She gets an idea and flushes the drugs. She asks Siddharth to open the door. Siddharth tells that he has booked the room on his name. He doesn’t know what to tell to the constables. Rhea asks him not to act foolish and make any story. Siddharth gets the breakfast served. He tells Rhea that they shall have the breakfast quickly and leave. Ranbir and Prachi arrive in Bangalore to search for Siddharth and Rhea. Rhea’s friend gets threatened. She is forced to call Rhea.

The goon threatens Rhea and demands her to get the drugs from Siddharth. Siddharth tells that he doesn’t have the drugs. The goon asks him to return the drugs. He gets Siddharth’s location. He tells that he is coming to take the drugs. Rhea’s friend tells her that the goon is really dangerous. Siddharth promises to protect Rhea. Ranbir and Prachi reach the hotel and try to find Siddharth and Rhea. Abhi passes time with Pragya, getting back to his silly talks.

Pragya asks him to show some sensibility with attitude. She tells that she is angered at him for spoiling the auction. She promises to defeat him. He tells that he has won the queen. He exclaims that he always lost after she left from his life, but he started winning again after her return into his life. Prachi doesn’t get help from the constables. Ranbir wants to meet Siddharth. He tells the receptionist that Siddharth is his brother. Siddharth removes Rhea’s sim card so that the goon doesn’t trace them.

Siddharth and Rhea learn that the police has decided to arrest him. He has no proof to show to the police. He asks Rhea to be ready for a roller coaster ride. They leave from the window. Ranbir learns that Siddharth has run away, being trapped in the drug case.

Pragya tells Abhi that she can’t be conquered, he will need to take another birth to reach her empire. He replies that he isn’t in a hurry, he can win any time, he is a king and can win the queen anytime. She laughs on his overconfidence. He tells that his heart is filled with love, her hatred can never win over him. She asks him not to get overconfident. She adds that she will not even give him a chance to smile, he can never dream of winning in front of her. She shows the power of a determined woman. Abhi likes her attitude, but gets upset.

Reviewed Rating for Kumkum Bhagya 19th July 2021 Written Update Chaos begin: 3/5 This rating is solely based on the opinion of the writer. You may post your own take on the show in the comment section below.