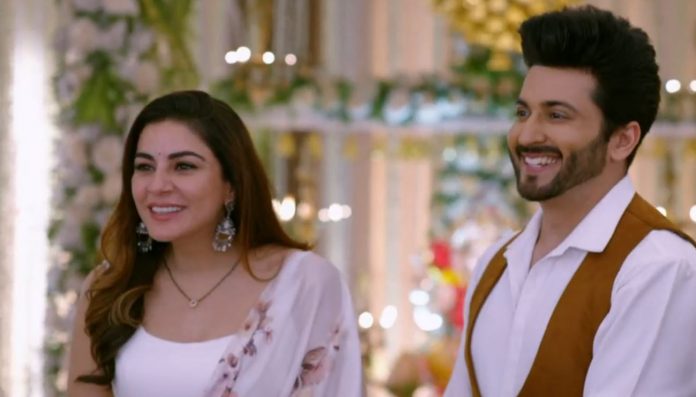 Kundali Bhagya 19th July 2021 Written Update Good news Karan and Preeta’s story takes a leap of three months. They both resume their normal living, happily and peacefully. It shows that Prithvi and Sherlyn aren’t disturbing Preeta’s marital life. Preeta hits a cricket ball on Karan’s head to wake him up. Rakhi still hopes for a good news to come and end their sorrows. Kritika tells Rakhi that its been three months that Rakhi sadly spends time in the baby’s room. She tries to involve Rakhi in the puja preparations. She asks Rakhi to forget the past.

She seems very happy in her marriage with Prithvi. She tells Rakhi that baby will be soon coming in their lives. She cheers up Rakhi. Sherlyn is equally evil. She gets Kareena on her side. Kareena compliments Sherlyn who has regained her normalcy. Sherlyn and Preeta become the good bahus of the Luthras. Sherlyn pretends, while Preeta is genuinely nice. Karan and Preeta share a good moment. He saves her from falling down. He tells her that he doesn’t like her to become a doctor, he can’t take care of her like a doctor.

He asks her to stop falling here and there. They get blessed that a good news will soon come in their house. Karan and Preeta get hopeful that they will give the good news to the family. Kareena asks Sherlyn not to worry that Preeta is impressing the family. She advises Sherlyn to work hard and impress the family. The family wishes Bani on her birthday. Rakhi tells Bani that Preeta has made the day special for her by planning the celebrations traditionally.

Bani is thankful to Preeta for reviving her old memories. Preeta tells that she has attempted to return Bani her childhood by inviting her friends. Bani gets super impressed by Preeta’s efforts. Preeta brings a smile on everyone’s face. Sherlyn gets jealous. Bani wants Preeta to cut the cake as well. Sherlyn feels she is losing her place once again. Bani thanks Preeta for bringing the celebrations in the family. Kritika asks Sherlyn not to feel bad and stay happy just like Preeta. Preeta gets the signs of a good news when she suddenly faints down.

The Luthras worry for Preeta. Preeta gains consciousness after some time. She adds that she fainted down due to weakness, there isn’t anything serious. Kritika tells that Preeta has done all the work herself. Preeta feels nausea. Rakhi suspects a good news. She tells Bani that its really a good news. Karan calls a doctor in tension. He asks them why are they smiling. Rakhi tells him that he is going to become a father. Karan’s happiness goes beyond bounds. Sherlyn can’t take the good news positively, while Kareena is also happy for Preeta. What will Sherlyn do in her evil jealousy? Keep reading. Comment your views below.

Reviewed Rating for Kundali Bhagya 19th July 2021 Written Update Good news: 4/5 Hopeless track This rating is solely based on the opinion of the writer. You may post your own take on the show in the comment section below.