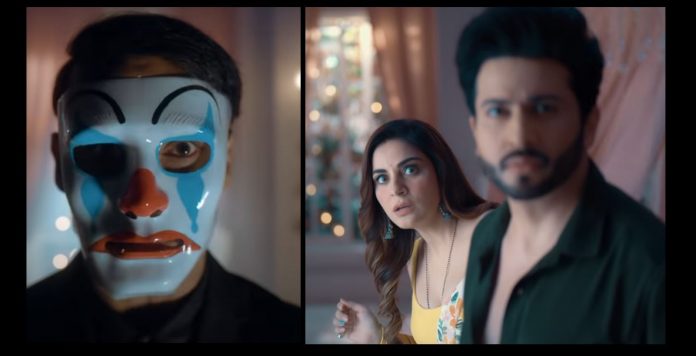 Kundali Bhagya New Villain Surprise Upcoming Promo Preeta tells Karan that she wants to confirm her pregnancy once by doing a simple test. Karan tells her that he believes Rakhi’s intuition, he can also see the glow on Preeta’s face. He adds that Preeta is really pregnant. Preeta tells that still they should confirm it once, before the family throws a big party for the good news. Karan asks her to go ahead if she wants to calm her doubts. She tells that she will just get the pregnancy kit and confirm if the pregnancy is positive.

Karan agrees with her. Preeta goes to do the test. Karan waits for her confirmation. Preeta comes to Karan with the result. She really gives a good news to the family. The Luthras get into celebrations to welcome a new member of the family. Sherlyn and Prithvi are the only two who are upset with the good news. Shrishti meets Sherlyn and criticizes her for losing her baby on her own by her planned crime. She tells Sherlyn that she is aware of Sherlyn’s crime. She adds that Sherlyn had planned to push Preeta in front of the truck that day, but Mahira happened to push Sherlyn by mistake, which resulted in the loss of Sherlyn’s baby.

Sherlyn is shocked to realize that Shrishti and Preeta know the entire truth. She doesn’t want to mess up with Preeta at this time. She wants to save her secret from coming out. Shrishti threatens to expose Sherlyn’s truth if the latter dares trouble Preeta again. Shrishti protects Preeta and Karan’s coming happiness.

Reviewed Rating for Kundali Bhagya New Villain Surprise Upcoming Promo: 3/5 This rating is solely based on the opinion of the writer. You may post your own take on the show in the comment section below.