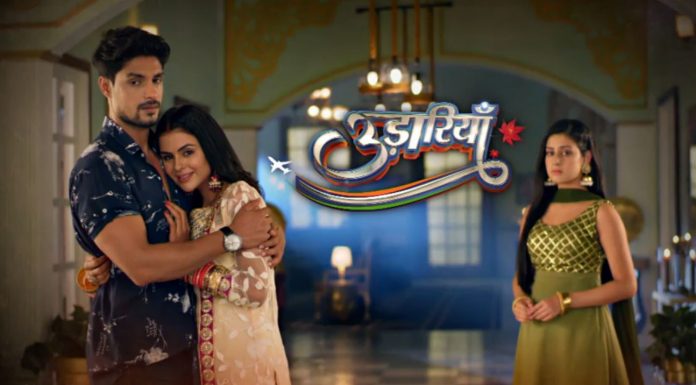 Udaariyaan 29th July 2021 Written Update Fateh Jasmin caught cheating Jasmin and Fateh lie to Tejo and plan their secret date. Jasmin gets caught by Tejo, who questions her about the trip. Jasmin doesn’t want Tejo to know that she is going to Chandigarh. Fateh has already told Tejo that he is heading towards Chandigarh for an important meeting. Tejo learns that even Jasmin is going to Chandigarh. She questions Jasmin about her sudden plan. Jasmin lies once again that she is going to meet Gippy. She stays confident since she has already made Gippy believe her fake story and lie to her family.

Fateh wants to call up Jasmin and know if she has reached the mall. Tejo tells that its good that they met, else Jasmin would have been wandering alone after the taxi broke down. Tejo accompanies Jasmin and tells that she will also come along for shopping. She misses out spending time with Jasmin. She tells that she wanted to click pictures in the engagement, but didn’t find ample time. She asks Jasmin if Sweety has taken her pictures and sent her.

Fateh’s call comes at the same instant when Tejo takes Jasmin’s phone to check the pictures. Tejo gets to sees Fateh’s incoming call. She is baffled to realize that Fateh and Jasmin are still connected, though they don’t talk in front of anyone. Jasmin worriedly comes up with further lies to calm Tejo’s doubt.

Tejo has no idea that Fateh is cheating on her. Fateh has lost control on his heart. He feels Jasmin is his first and last wish, he can only love her in his entire life, and never love Tejo. Fateh feels sorry for Tejo, but also wants to be selfish to get his own happiness. Is Fateh really cheating Tejo, or is his self-centered side just a pretence to teach a lesson to Jasmin? Is Fateh’s love for Jasmin true or just a drama for revenge? Comment your views. Keep reading.

Tejo requests Fateh to meet her at the mall, where she is going along with Jasmin. He turns down the request, stating that he is too busy with his work. Tejo finds his behavior getting weird, and tells Jasmin that Fateh is changing. She finds a reason to get worried. Jasmin goes aside to call Fateh and insists him to meet her at the mall, in front of Tejo, no matter what happens.

Fateh finds it hard to land into an awkward situation. He refuses to meet Jasmin as well, but Jasmin wants to see him there. Fateh finally reaches the mall to meet Jasmin, while Tejo thinks he planned the surprise meet for her sake. Tejo gets super happy to see him. He gets worried seeing Jasmin’s name on the flowers card, which he gives to Tejo in front of Jasmin. He gets fooling both of them.

Jasmin lies to Tejo that she has moved on. She relieves Tejo by her lies. Fateh and Jasmin cheat Tejo by their drama. Jasmin knows he loves her, and Tejo also believes the same. Jasmin behaves normal and formal with Fateh, treating her as Tejo’s husband. Jasmin and Fateh come up with a drama to hide their secret affair. Tejo gets befooled. Jasmin and Fateh continue to spend their private time, hiding from Tejo’s eyes. Jasmin finds the affair exciting and promises to break her marriage with Gippy.

Fateh asks her not to hurt herself like she did to stop the engagement. They both get close in the trial room, without the fear of Tejo finding them. Meanwhile, Jasmin and Tejo’s family wants to invite Fateh home and involve him in the marriage preparations. Swaroop finds this really odd that Fateh will be getting Jasmin and Gippy married, when Jasmin was earlier marrying Fateh. She advises Satti not to invite Fateh home, but Satti shows her belief on both her daughters, and also Fateh. Will Fateh break their trust? Keep reading.

Reviewed Rating for Udaariyaan 29th July 2021 Update Fateh Jasmin caught cheating: 2/5 This rating is solely based on the opinion of the writer. You may post your own take on the show in the comment section below.