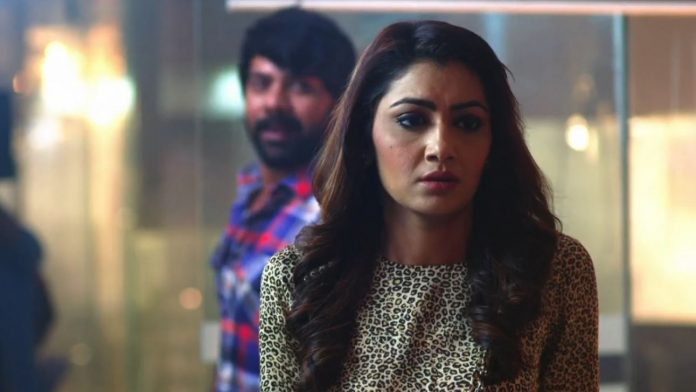 Kumkum Bhagya 4th August 2021 Written Update Mad love Gautam wants Abhi out of his office. Manager tells that Abhi has signed a contract, he has to work for a month. Abhi angers Gautam by reminding the wounds. He asks Gautam to stay away from Pragya. He tells that he will always be there to protect her. Gautam wants to know who is he to say this. Manager asks Abhi about his issue with Pragya and Gautam. Abhi tells that his personality is such that everyone is jealous of him.

Abhi goes to help Pragya. They land into a series of romantic moments. Pragya and Abhi feel the same romance equations between them which they had once. Pragya didn’t want him around, but gets helpless that he started working for her. Abhi tells her that he is just doing his duty, everyone else in the office is scared of her anger, but he isn’t scared, because he knows her heart is filled with love. Abhi tries hard to melt Pragya’s heart so that her silence breaks. He wants their differences to end, once he learns the actual problem.

Pragya feels losing out to Abhi by her heart. She controls her emotions. Gautam tells his dad that he wants to throw out Abhi from the company. His dad asks him to focus on Pragya, than the servant. He suggests that Gautam can’t delay his plans. He tells that Pragya is getting all the offices under her supervision. He asks Gautam to marry Pragya and get the property papers signed. Gautam doesn’t know who is Abhi to threaten him. He tells that Abhi is with Pragya all the time.

Gautam has to marry Pragya anyhow to get Sushma’s properties for Thapars. He also likes Pragya and aims to achieve her love. Gautam will become the hurdle in Abhi and Pragya’s love story. He decides to get Abhi out of his way. Will Gautam plan to kill Abhi and make him away from Pragya? Will Gautam’s jealousy become a reason to revive Pragya’s dead emotions for Abhi? Pragya will be ending the distance and believe Abhi once again. She will be confronting him about her murder plan and learn that Abhi is innocent. Will Aaliya and Tanu get caught big time? Comment your views. Keep reading.

Teji provokes Pallavi against Prachi. She asks about Rhea, who she chose for Ranbir before. She tells that Siddharth has married Rhea, but Rhea is really a nice girl. Dida asks Pallavi not to listen to Teji and stay happy. She feels Pallavi has a right to stay happy and enjoy with family. Pallavi isn’t happy within because of Prachi. Meanwhile, Abhi irritates Pragya. He asks her to go through another lift, that’s meant for the owners. Abhi and Pragya enter the same lift, while the manager worries for her.

Abhi tells that he is just serving her, else she will get a chance to fire him. He tells that he is ready to be around her, and serve her. She tells that she can go down using the lift herself. He tells her that he heard that the lift isn’t working well, so he has come with her to save her life. She realizes the threat on their lives. Teji reaches Rhea and provokes her against Kohlis. She tells that Pallavi loves Ranbir a lot. She asks Rhea not to get disheartened if Prachi gets more attention and love than her.

She asks Rhea to win the competition and get the locker keys at any cost, she will get the power and respect along with the responsibility. Manager panics that Pragya is still stuck in the faulty lift. He asks the staff to call the technician. Abhi tells Pragya that he was going to tell her about the faulty lift, but she interrupted him. Pragya tells that he should have come straight to the point.

Abhi gets scared. He tries to keep his mind calm. He doesn’t want the lift to fall down and leave them injured. She asks him to just speak positive. He tells her that he will save her from the situation. They try to balance themselves. He checks the door. Manager tells that they can’t wait for the technician, and do something himself. Abhi finds Pragya terrified, but she pretends strong. She tells that she had screamed just to make her breathing easy. She asks him to call the receptionist and inform that they got stuck.

He tells that he doesn’t have any number. She tells that he is her bodyguard, he should have all the contacts. He tells that she isn’t a good boss, she was his assistant before and worked well because he was a good boss, she isn’t like him. She calls him a cheap liar that he married Tanu. She doesn’t want to discuss their past. Abhi asks her how did she move on. He calls the manager, but doesn’t get network in the phone. Abhi and Pragya shout for help. Manager tells Pragya that he is trying to open the lift door.

Abhi is relieved that they got help. He scares Pragya by telling the real situation that the lift isn’t stuck on a single floor, its stuck between two floors, they can’t go out of the lift. Abhi goes out of the lift with the help of the manager. He tries to help Pragya. She recalls how he planned to kill her and refuses to take his help. She tells that she still regrets to believe him.

Abhi asks Pragya to think of anyone she loves the most and hold his hand to save her life. Prachi helps Dida in the work. Dida is happy that Prachi has come home. She tells that she wants to do the work. Prachi asks Dida why did she talk about the keys. She wants Dida to keep the keys with herself. Dida calls her clean-hearted. Dida wants the responsibility to go in the right hands. She adds that the keys will get much respect for her. Prachi tells that she wants love from everyone, its fine if she doesn’t get respect. Dida likes her thinking. Prachi doesn’t want to compete with Rhea, who is her sister. She wants to see Rhea happy.

Dida tells that Rhea will be wishing to defeat Prachi in the competition. She asks Prachi to win the competition. Prachi tells that Rhea has become responsible, she won’t think wrong. Dida knows that Prachi is positive, but Rhea isn’t. She asks Prachi to keep her responsibility. Prachi wants Rhea to stay happy. Dida wishes Rhea is also good like Prachi. Dida blesses Prachi. Abhi pulls out Pragya from the lift. He asks her why wasn’t she listening to him, and showing tantrums. He scolds her in front of the staff, being concerned for her life. Pragya realizes that he saved her again, when she didn’t speak to him well.

Reviewed Rating for Kumkum Bhagya 4th August 2021 Written Update Mad love: 3/5 This rating is solely based on the opinion of the writer. You may post your own take on the show in the comment section below.