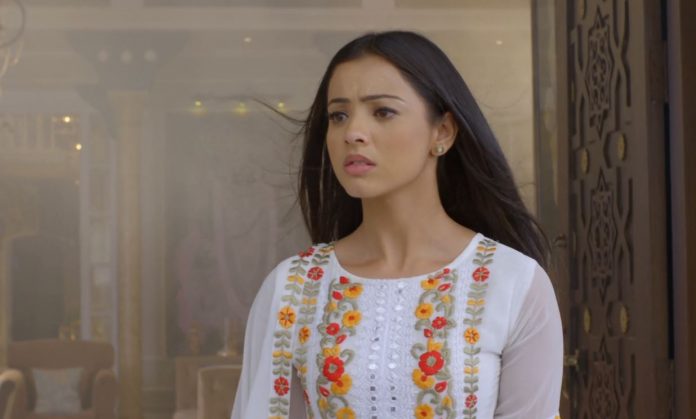 Aapki Nazron Ne Samjha 6th August 2021 Preview Update Nandini is super shocked when she learns that Darsh is mistaken about Charmy’s identity as Nandini. She realizes that the entire family has lied to Darsh and gave her place to Charmy by their willingness. She can’t believe that Darsh’s love was so weak that he couldn’t identify the real Nandini. She has no regrets since she has moved on. She is hurt when Rajvi tells her the huge truth that she had brought Charmy home to take Nandini’s identity, just to save Darsh from the shock of Nandini’s death.

Rajvi reveals that she wasn’t aware that Nandini is alive, the entire family got the news of her death and were helpless to lie to Darsh. She apologizes to Nandini for the grave lie. She also knows that she can’t reveal the truth to Darsh at this time, else he will hate his family and also suffer a major breakdown. She doesn’t want Darsh to receive any shock that snatches his eyesight again. She asks Nandini to keep the truth to herself. Charmy meets Rajvi and Nandini to know about her future. Rajvi doesn’t want to do wrong with Charmy’s coming baby, who is the Rawal heir. She stops Charmy from telling the truth to Nandini.

Rajvi gets lying again to save Charmy’s position in the house. She tells Nandini that Darsh and Charmy have moved on in their lives, and Charmy is pregnant with Darsh’s child. Nandini can’t digest the fact that Darsh moved on so easily. Rajvi requests Nandini to leave from their lives, at least for the baby’s sake. Rajvi’s selfish move wasn’t expected. Nandini is disheartened, but makes up her mind to never return to Rawals. Vipul convinces Shobit to hide the truth from Darsh. What will be Darsh and Nandini’s future after this huge lie? Leave your comments below.

Reviewed Rating for Aapki Nazron Ne Samjha 6th August 2021 Preview Update: 3/5 This rating is solely based on the opinion of the writer. You may post your own take on the show in the comment section below.