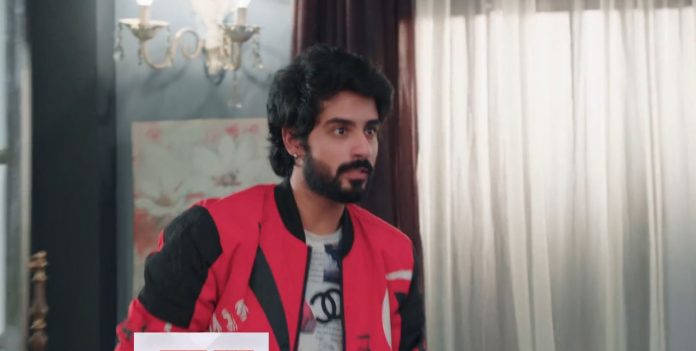 Yeh Hai Chahatein 6th August 2021 Update Rudra barges Armaan hatches a plan to woo Prisha. He wants to spend some good time with Prisha in Shimla. He makes sure that she doesn’t speak to Rudra. Armaan gets his room decorated for the special night. Rudra can’t leave Prisha alone with Armaan. He takes Bunty’s help to track Armaan and get his location. He leaves for Shimla. He tells Bunty that he has to meet Prisha at any cost. Bunty agrees to help him. Bunty tracks the location and informs Rudra that Armaan and Prisha have their booking in a hotel.

Armaan acts sweet and asks Prisha to speak to Rudra if she wants. Prisha refuses to talk to Rudra, bring upset. Armaan tells Prisha that he has arranged a nice dress for her. Prisha finds odd to see the night gown instead a proper dress. He cleverly lies to her that he asked the receptionist to arrange a good dress, but maybe she made a mistake. She refuses to wear the nightie. Armaan offers her a drink. Prisha doesn’t realize his intentions.

Chacha ji learns from Sharda that Rudra has gone to Shimla. He informs Armaan that Rudra is coming to ruin his plans. Armaan can’t let Rudra come between Prisha and him. Armaan panics that Rudra is coming to Shimla. He realizes that he has to rush up with his plans. He spikes Prisha’s drink to intoxicate her. Prisha soon passes out after consuming the alcohol. Armaan attempts to get close, but Rudra reaches the hotel room just in time. He breaks inside the door to stop Armaan from his cheap act. Rudra and Armaan get into a fight, while Prisha lies unconscious.

Reviewed Rating for Yeh Hai Chahatein 6th August 2021 Update Rudra barges: 3/5 This rating is solely based on the opinion of the writer. You may post your own take on the show in the comment section below.