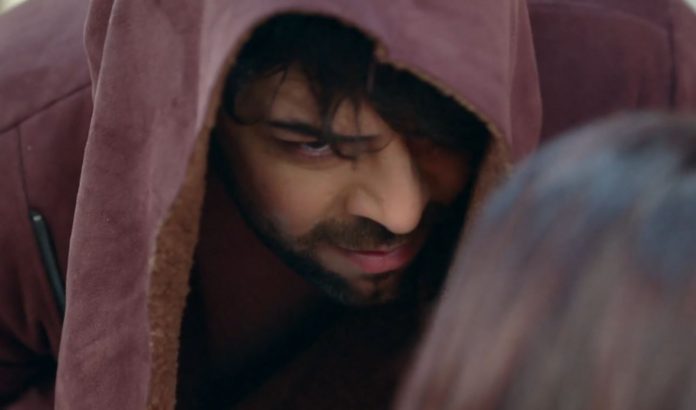 Kundali Bhagya 5th August 2021 Written Update Prithvi entry Sherlyn plans the cylinder explosion. She tells that Preeta will get burns, she won’t die in the blast, she will just be injured that the family is called for Preeta’s treatment. She adds that doctor will reveal to Luthras that Preeta isn’t pregnant, then the truth will come out. She sprays the air freshener to hide the gas leakage smell. She goes out and wants Preeta to come there to make kada. Sameer asks Shrishti not to get angry. She tells that she isn’t angry, she came to tell him something important. She informs him about Archala and Shrikant’s secret.

Sonakshi tells Sherlyn that she wants to show the mehendi designs to Preeta, she has gone to the kitchen to make kada. Sherlyn stops her saying there is no one in the kitchen. Sonakshi goes. Archala asks Bani and Kareena to be comfortable. Shrishti asks for Sonakshi. Kareena asks Shrishti not to spoil things. She insults Shrishti for coming uninvited. She tells that she shouldn’t ruin Luthras’ name and respect. Archala tells that she likes Shrishti a lot, she is so cheerful and brought happiness along.

Shrishti thanks her for praising her so much by meeting her just once. Archala tells that Rajat wanted her help in winning Sonakshi’s help. She wants Rajat and Sonakshi to fall in love in their arranged marriage. Kareena leaves Shrishti with a warning. Shrishti tells Sameer that Archala is so sweet, she has confused her more. Sameer asks he to relax. She asks him to talk to his new friend Ananya. Preeta goes to the kitchen to make kada. Sherlyn keeps an eye on her. She wants Preeta to get hurt. Preeta gets Sonakshi’s call. Sherlyn awaits there.

She calls Sonakshi to the kitchen to show the clothes. Preeta lights the stove burner. She gets scared seeing the fire. Sonakshi reaches in time and turns off the gas knob. She takes Preeta away. Preeta doesn’t understand aout the gas leakage. Sonakshi alerts her that someone is trying to harm her. Preeta doesn’t know who is behind it. Rajat sees someone around.

A person kidnaps Sherlyn and takes her to the room. Rajat wants to know where did Sherlyn go. Shrishti also doubts something is wrong. Rajat wants to inform the family and also police. He tells Karan that someone has dragged Sherlyn just now. Karan rushes to see. Shrishti tries to talk to Shrikant, but he avoids her. Shrishti tells Janki that something is going to happen in the wedding. Sarla calls Shrishti, but the latter doesn’t answer. Sarla is in sorrow.

Janki makes Shrishti call back. Sarla cries hearing Shrishti’s non-stop talks. She is stressed about Preeta. She asks them to be with Preeta. Janki tells that a girl needs the mother the most in this state. Kareena tells Shrishti and Janki that Rajat has seen someone kidnapping Sherlyn. Everyone rushes to look for Shrishti. Shrishti wonders if Mahira has come back to take revenge on Sherlyn. She also wants to see whether Sherlyn is okay or not. She hopes that psycho Mahira doesn’t return in Karan and Preeta’s lives. She worries for her sister’s coming babies.

It turns out to be Prithvi, who has come to convince Sherlyn. Kareena doesn’t know where did Sherlyn go. She wants to inform the police. She insults Janki, who is just a maid to Sarla. Janki argues with her. Sonakshi checks Preeta’s burn wound and does the aid. She gets too worried for Preeta just like Shrishti would be. Preeta tells that Sonakshi has really become her sister.

She asks Preeta to react on her wound as well. Preeta is glad to see Sonakshi’s care for her. She tells Sonakshi that she will get Rajat and his family forever. Sonakshi finds her lovely. She asks why someone wants to harm her. Preeta gets seriously thinking about the fire incident. Leave your comments on Prithvi’s entry. Keep reading.

Reviewed Rating for Kundali Bhagya 5th August 2021 Written Update Prithvi entry: 3/5 This rating is solely based on the opinion of the writer. You may post your own take on the show in the comment section below.