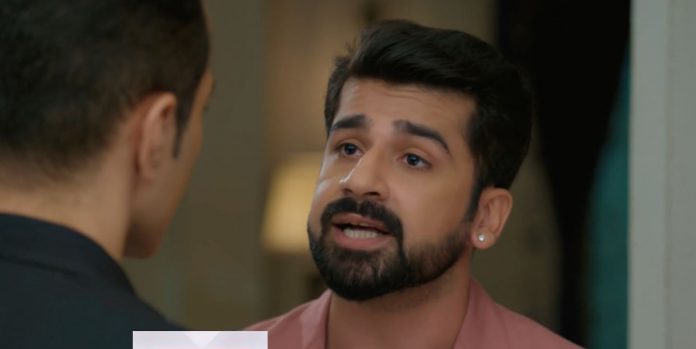 Anupama 11th August 2021 Written Update Paritosh slapped Anupama goes to confront Kavya. Mama asks Vanraj to save his wife from Anupama’s anger. Vanraj wishes that Anupama doesn’t insult Kavya, though Kavya deserves it. Leela wishes Anupama slaps Kavya in anger. Anupama doesn’t insult Kavya, surprising Vanraj. Vanraj gets to see another tolerating aspect of Anupama. After going home, Paritosh creates a scene. He tells the family that nobody can allow the other person to fly high and succeed in the house, where everybody is jealous of each other.

Vanraj rebukes Paritosh for disrespecting Anupama and him. He asks Paritosh to mind his words. Paritosh goes on arguing and tells Vanraj that he has become capable of returning the money Vanraj has spent on him since childhood. Vanraj angrily asks him what can he pay for his dad’s hardwork and mum’s tears. He adds that he had given the wings and sky to the Paritosh, he wanted to see his son’s success. Anupama cries seeing their argument.

Paritosh asks them what shall he tell people about his mum, that the non-classy looking woman is his mum. Vanraj calls it enough. He slaps Vanraj. Anupama tells Paritosh that she knew children grow up one day, but she didn’t know that parents look little to them when they grow up. Vanraj tells that Samar should laugh at him today, that Vanraj always felt proud of Paritosh. Paritosh becomes ill-mannered like Pakhi. He crosses his limits. He tells that everyone thinks Anupama is great, she just likes to act great.

He adds that earlier Vanraj used to feel ashamed to introduce her to his friends, and today he is ashamed to be related to Anupama. Leela asks Vanraj to shut up Paritosh, else she will slap him. Paritosh asks Leela to control her tongue, then half of the drama will get less. He asks Hasmukh to give any lecture as he always wants. He admits that they have changed Kinjal as well. He doesn’t want Kinjal to become Anupama’s shadow. He goes mad in anger. Anupama asks Paritosh to stop himself. Paritosh goes out of control because of his ego and own greed, though Rakhi has influenced him. Vanraj slaps Paritosh to remind Paritosh his real place.

He tells Paritosh that he has given everything that Paritosh asked him. Paritosh and Vanraj’s argument gets more serious. Paritosh asks Vanraj to get practical, not emotional. Vanraj never knew that Paritosh will ruin his respect one day. He felt that he is the worst son in the world, who made his parents cry because of his relationship with Kavya. He tells Paritosh that he was wrong before, Paritosh proved him wrong by becoming worse than him. He mentions that Paritosh is the worst son ever, who couldn’t respect a mother like Anupama. Anupama has won Pakhi’s heart, and lost Paritosh this time. How will Vanraj and Anupama win back their son? Keep reading. Comment below to make your opinions read over.

Reviewed Rating for Anupama 11th August 2021 Written Update Paritosh slapped: 3/5 This rating is solely based on the opinion of the writer. You may post your own take on the show in the comment section below.