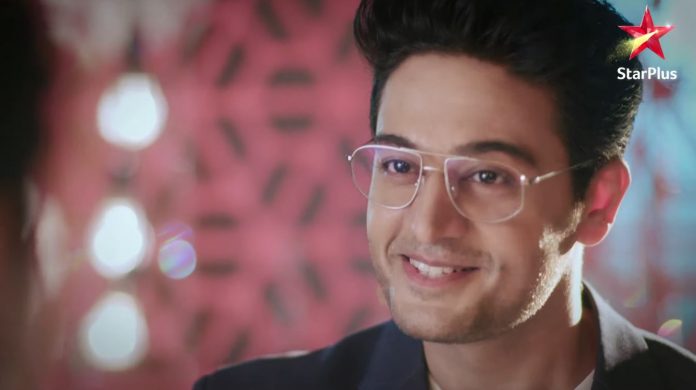 Anupama 1st September 2021 Written Update Anuj’s entry Anupama decides to shut her dance academy because of the financial woes. She doesn’t have the place to run the academy. Samar helps Anupama in packing the stuff. Anupama’s big mistake ruins everything. She was attached with the academy, which had Hasmukh and Leela’s blessings. She is ready to sell the academy place to payback the loan. She tells that she will be running the academy at some other place.

Devika informs Anupama about the college reunion. She asks Anupama to join her. Anupama gets invited for a college reunion. The family talks of Anupama, who would be meeting her old friends and also any special friend.

Kavya tells that Anupama would have had any boyfriend or someone who liked her. Vanraj doesn’t think anyone would have liked Anupama in the college. Devika tells that all their friends are going to meet at the reunion. Vanraj taunts Devika for always taking Anupama outside, though he adds that he doesn’t care. Kinjal prepares Anupama for the reunion party. She tells that meeting old friends can also mean a beginning of a new friendship, a new life.

Kinjal wishes that Anupama finds someone who fills the void in her life as a good friend. Anupama gets decked up and arrives in the reunion, only to get surprised on meeting Anuj. Anuj helps Anupama wear her sandals. She thanks him. Vanraj and Kavya also attend the party. Anuj reminds Anupama about himself. He introduces himself as her classmate. Vanraj grows jealous seeing them shake hands. Will Anuj’s entry bring a positive start for Anupama? Keep reading. Leave your comments below.

Anupama assures Nandini that she will handle Samar. She asks Nandini to confront her past Rohan, and stop him from entering her life against her wish. She supports Nandini. Rakhi can’t understand how Shahs have given the cheque. She wants to deposit the cheque. She is ready to ruin the Shah family if the cheque bounces. She meets Kinjal. Devika informs Anupama that their college days are going to come back, and also someone special. Vanraj and Kavya tell Hasmukh that Anuj doesn’t want to buy their factory place.

Hasmukh wants to sell it to Anuj or anyone else. Kavya wanted a big amount from Anuj. Anupama learns that Anuj has cancelled the deal. Kavya asks Anupama to be happy. Vanraj scolds Kavya for giving the cheque to Rakhi so soon, Rakhi will not spare them this time. She asks Anupama to go to Rakhi and beg her to take the cheque back. Anupama doesn’t want to become a doormat. She asks Kavya to beg to Rakhi when its her mistake this time. Kinjal steals the cheque from Rakhi. She gets the cheque home and gives it to Kavya.

She saves the family from getting destroyed. Anupama asks if Rakhi kept any condition. Kinjal tells them that she has stolen the cheque and sent a sorry message to Rakhi. The family is thankful to Kinjal for saving them. Kavya and Anupama ask Kinjal if she is hiding something. Kinjal replies that Rakhi wants them to return the money in a month. She apologizes to them. Vanraj tells Kavya that Anuj is too big for them, he didn’t even meet them. Devika meets the Shahs.

Anupama hugs Devika and shares her sorrow. Devika compliments Anupama for detoxing her life by leaving Vanraj. She tells Anupama that her past is going to return, someone special is going to come back, their old friends will be meeting in the college reunion. Vanraj and Devika get into an argument. Kavya stops Vanraj. Kinjal and Hasmukh ask Anupama to go and meet her old friends. Devika asks Anupama to get ready. She tells Vanraj that Anuj has planned the college reunion. She asks him if he also wants a reunion.

Kavya limits Vanraj, who gets keen about the reunion. Anupama feels shy to go in the party. She wants to wear a saree. Kinjal and Pakhi deck up Anupama and give her a makeover. Anupama looks stunning. Kinjal wishes Anupama a new beginning. Vanraj is happy for Anupama.

Reviewed Rating for Anupama 1st September 2021 Written Update Anuj’s entry: 1/5 This rating is solely based on the opinion of the writer. You may post your own take on the show in the comment section below.