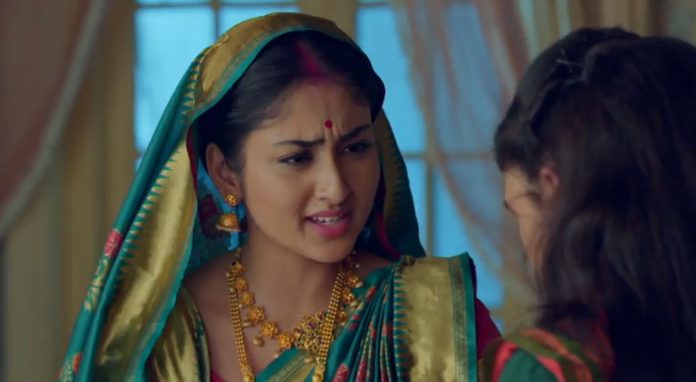 Barrister Babu 27th September 2021 Written Update Revelation Bondita investigates Anirudh’s case well. She speaks to every person in the family to gather information about the case. She doesn’t understand what is Anirudh hiding and whom is he saving. She knows that Anirudh had left his anger on Chandrachur, but some incident has instigated him once again. She finds Tapur very tensed and upset about Anirudh’s death sentence. She wonders if Tapur knows something and hiding it from her, which maybe proved as a crucial information for the case. Tapur is left with no option than to commit suicide to save her name from getting maligned. She doesn’t want her truth to come out.

She lacks courage even after meeting Anirudh in the police station, while he promised her to never reveal her name and the shameful incident to anyone. Tapur finds Bondita digging into the case, and worries that the latter will soon reach the truth. Tapur attempts a suicide. Shockingly, Bondita finds her into the deadly act and rushes to save her life. She saves Tapur from committing the suicide. She confronts Tapur about the suicide attempt. She asks Tapur what’s the huge reason that she wanted to end her life.

Thakumaa is aware of the entire truth, that Chandrachur had wronged Tapur by ruining her dignity. She doesn’t want Tapur to reveal anything to Bondita. Bondita gets suspicious on finding Thakumaa signing to stop Tapur from making the big revelation. Will Bondita realize the real cause behind Anirudh and Chandrachur’s clash? How will she prove Anirudh innocent while protecting Tapur’s dignity upon revealing the incident in the court, where women are still criticized? Keep reading.

Bondita is worried when she lacks the evidences in Anirudh’s favor. She wants to find some way that she proves Anirudh’s innocence. She collects evidences against Chandrachur, and retrieves the tickets from his bag. She wonders where was he planning to go. She gets disturbed when she finds Tapur trying to end her life. On questioning, Tapur gets close to reveal the matter, but gets quiet because of Thakumaa. Thakumaa knows the entire truth, but still hides it from Bondita.

She doesn’t want Tapur to get defamed. Tapur keeps the truth to herself. Bondita continues to question them to not hide anything that can help Anirudh in the court. Thakumaa asks her not to force them madly to confess anything that didn’t happen. Bondita finds Tupur behaving insane, when Tupur tells about meeting Chandrachur’s spirit, who is asking her to get justice for him. Bondita is worried seeing Tupur losing her mental consciousness. She wants Tupur and Tapur to stay well.

Thakumaa is the key to all the riddles, but she stays tight-lipped. Bondita decides to ask Sumati about Tapur’s matter. She loses her heart when she reaches a dead end in her investigations. She imagines Anirudh who encourages her to not lose until she gets victory for truth. He expects her to get justice for him by bringing out the truth. Bondita promises to prove him innocent. She gains strength from him.

Later, Bondita finds the wedding pictures, which also contains one of Chandrachur’s picture. She realizes that it was Chandrachur who took a disguise and came to kidnap her. She learns the big truth of Chandrachur’s wickedness. How will she proceed to find the missing dots and connect them all to reach the truth? Keep reading.

Reviewed Rating for Barrister Babu 27th September 2021 Written Update Revelation: 3/5 This rating is solely based on the opinion of the writer. You may post your own take on the show in the comment section below.