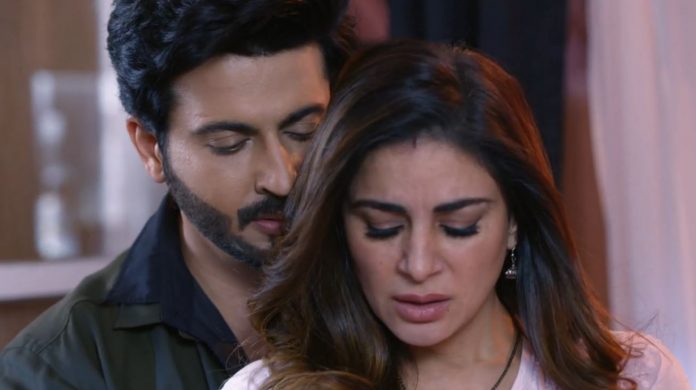 Kundali Bhagya 25th September 2021 Written Update Tensed Preeta Preeta, Karan and Rishabh ask Marcos to leave Sarla free. Marcos doesn’t listen to them. He asks Preeta to get their drugs if she wants to save her mum. Sarla asks Preeta not to get the drugs, police will come and save all of them. Sonakshi finds the entire family captive by the goons. Preeta gets the drugs and shows to Marcos. She asks him to leave Sarla. Sonakshi thinks to help them or not. She wants to watch the drama. She wishes that Preeta dies by the goons’ hands. Marcos leaves Sarla after his aides check the drugs, but catches Preeta till then.

Rishabh asks them to leave Preeta and just get away with the drugs. Karan angrily catches the goon and bashes him up while attempting to save Preeta from them. The Luthras get in action. The police arrives to arrest the drug peddlers. Inspector questions Marcos about the drugs. He is thankful to the Luthras for helping the police nab the drug sellers. Preeta hugs Shrishti and Sarla. Karan gets emotional and hugs Preeta, who means a world to him. Sonakshi’s wish doesn’t turn true. Shrishti tells Rishabh that she had hid Pihu to protect her. Shrishti is upset knowing Rishabh has an affair. Rishabh tells that he learnt to play pranks by Karan, Sameer and Shrishti.

Rishabh tells that he was talking to Rakhi and Kareena, he was joking when they were pestering him. Shrishti feels he is really nice. Karan finds Preeta sad. She tells him that he can’t get so aggressive all the time. He doesn’t want him to invite problems for himself. She asks him what does he think of himself. He tells that he is the Karan Luthra, he doesn’t fall in trouble, he always bashes the goons. She asks him to know the punishment of injuring someone. He tells that he won’t be quiet if anyone hurts her, he is scared of losing her.

She asks him to think of the family and react. She doesn’t want to be impulsive and carefree, he has even Pihu’s responsibility on him. Preeta cares for his hurt hand. Kritika meets them and finds them cute together. She is amazed to know that Preeta was scolding Karan. She tells that Karan deserves the scolding. She likes their cute fights. Sarla prays for Preeta and Karan. Shrishti wants the credit for uniting Preeta with Karan.

Reviewed Rating for Kundali Bhagya 25th September 2021 Written Update Tensed Preeta: 3/5 This rating is solely based on the opinion of the writer. You may post your own take on the show in the comment section below.