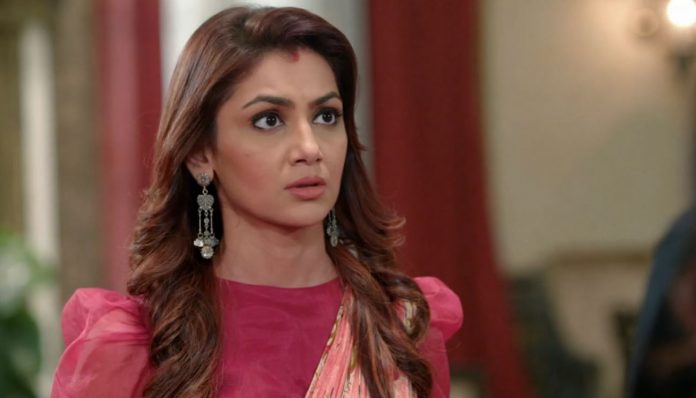 Kumkum Bhagya 27th September 2021 Written Update New Challenge Prachi tells Rhea that she also has fights with Ranbir, but the fights are temporary, while the relation and love are permanent. She asks Rhea to call Siddharth and confess love to him then he will be convinced of her feelings. She wants Rhea to end their fight. Rhea assures that she will talk to Siddharth. She wants Ranbir to take her to Bangalore. She plans to act sick and get Ranbir on her side. She is happy that Ranbir will accompany her and come close to her. Pallavi asks Rhea to go to Bangalore. Rhea acts innocent and sweet.

She tells that she can’t ask anyone to accompany her, she can’t attend her friend’s marriage. She wants Pallavi to take Ranbir’s name. Pallavi asks her not to worry, Ranbir will take her to Bangalore. Rhea tells that Ranbir has much work in the office in Siddharth’s absence. Vikram tells that he will handle the work. He asks Rhea to trust him, since he is her Vikram uncle since childhood. He wants to resume his office. Rhea asks them to ask Ranbir once. Vikram tells that they just need to order him and he will take her.

Tanu wants the same respect as Pragya gets. Pragya asks her to earn the respect. Tanu complains to Abhi that Pragya insulted all of them. Aaliya tells that Pragya has relieved the servants of the work, and asked them to cook for themselves. She adds that Pragya had insulted them deliberately. Abhi tells Pragya that his family is here because of him, he regrets that he couldn’t do anything for them, he will feel bad if they don’t get their food. Pragya asks him to do something and give a good life to his family. She asks him to tell his family not to insult the servants. Abhi tells that he will work for the sake of his family, he is still doing the job.

Reviewed Rating for Kumkum Bhagya 27th September 2021 Written Update New Challenge: 3/5 This rating is solely based on the opinion of the writer. You may post your own take on the show in the comment section below.