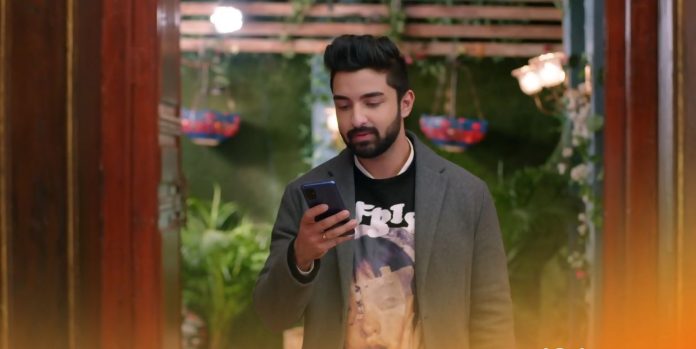 Bhagya Lakshmi 12th October 2021 Written Update Rishi’s surprise Rishi is welcomed home by his sisters. Dadi showers love on him with a hug and appreciate Lakshmi’s efforts. She tells that Lakshmi has proved that she is Lakshmi of home. Ayush tries to take credit for supporting Lakshmi. Lakshmi gives the credit to Ayush for supporting her, else she couldn’t have exposed Shanaya. Dadi hugs Ayush for helping Lakshmi. Ayush then gives credit to Lakshmi for her wonderful idea, which made Rishi return home. Ahana also appreciates Lakshmi. Dadi orders everyone to gather for family dinner. Lakshmi comes to know about Virender and Neelam’s anniversary tomorrow.

Preetam feels proud to see the news about Lakshmi saving Rishi, trending on the news channel. Rano gets irked when Preetam calls Lakshmi as Savitri to save Rishi from such a case. He reminisces about his brother. Rano argues with him. Gurucharan talks to Shalu and informs her that he is coming there for some work and will visit Lakshmi’s sasural.

Malishka vents out her anger on Rishi for letting Lakshmi hug him. He hugs her to prove his love and tries to clarify. He hugs Malishka again to calm down her anger. He asks if she thinks Lakshmi is modern and smart than her if she thinks he will love her. Malishka asks him to reply. Rishi praises Lakshmi and says being a good man, I can’t behave badly with her. He assures that his love is only for Malishka. She makes him promise that he will be hers always.

Neelam is upset with Lakshmi for ignoring her sayings and feels helpless for not scolding her. Everyone sits for their dinner. Virender again appreciates Lakshmi for saving Rishi and gives a huge thanks from all of them. Karishma tries to interrupt him. He jokes that he gets less chance to speak. He tells his wish that Lakshmi shall organize his anniversary celebration. Karishma objects and suggests Malishka’s name for the management of the party. Virender is sure that if Lakshmi organizes the party then everything will be fine.

Neelam agrees with Karishma. Malishka tries to change Virender’s decision saying Lakshmi doesn’t know about the parties. Rishi asks Neelam to give this responsibility to Malishka. Neelam agrees to let Lakshmi organize the party on Virender’s insistence. Lakshmi is skeptical about taking up this big responsibility, but Virender shows truth on her and Ayush offers to help her. Lakshmi agrees. Everyone relishes the sweets made by Lakshmi.

Later, Karishma and Sonia advise Malishka to ruin Lakshmi’s arrangements and lower her in Virender’s eyes. They plan to spoil the party and put blame on Lakshmi. Rishi hears a voice message from Malishka and sends her a gift to make her feel secure. He gets tensed when Lakshmi calls him. Lakshmi gets doubtful.

Reviewed Rating for Bhagya Lakshmi 12th October 2021 Written Update Rishi’s surprise: 3/5 This rating is solely based on the opinion of the writer. You may post your own take on the show in the comment section below.