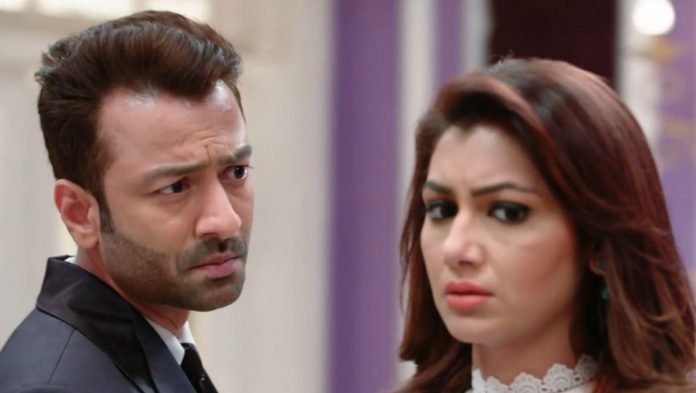 Kumkum Bhagya Zee Spoiler Gaurav proposes Pragya There is a new drama coming up in the show. Gaurav arrives at Pragya’s house to threaten her. Pragya isn’t afraid of his threatening. He points the gun at her, but she isn’t affected. Pragya records Gaurav’s demands. He tells her that he wants his demands to be fulfilled, if she wants to save Abhi. He asks her to give him Marcus company 100% shares and factories. He tells that he even wants her. She asks him to limit his disgusting talks. He doesn’t know what Pragya can do for Abhi’s sake. She shows him the video she recorded as an evidence against him.

He assures that he will make her life really special and happy, if she accepts his proposal. Pragya finds him day-dreaming to think that she will leave her love, her husband Abhi for him/Gaurav. She asks him to clear his misunderstandings as soon as possible. She has defeated him in the business already by snatching a big deal. She doesn’t think she needs to get scared of him, he can neither harm her business nor her family. She believes that Abhi can handle Gaurav alone, otherwise she is always there to protect him. She walks away, declining to Gaurav’s deal. Gaurav falls for Pragya seeing her killer attitude.

On the other hand, Rhea’s evil plans against Prachi gets in full swing because of Aaliya’s entry in the Kohli house. Aaliya has won Purab by cheat, and separated him from Disha. She wants Rhea to win Ranbir in the same way. She tells that once Prachi loses faith on Ranbir, she will leave him herself and go away from his life. Rhea wants for Ranbir and Prachi’s separation. Will Pranbir get separated? What will Pragya do to protect Abhi? Keep reading.

Reviewed Rating for Kumkum Bhagya Zee Spoiler Gaurav proposes Pragya: 3/5 This rating is solely based on the opinion of the writer. You may post your own take on the show in the comment section below.