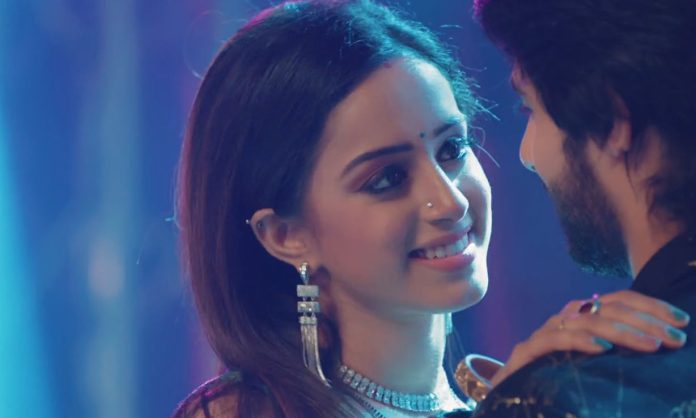 Yeh Hai Chahatein 19th October 2021 Written Update Prisha arrested Prisha gets shocked seeing Rudra sleeping half naked. She asks him what he is doing in someone else’s room without his shirt on. Rudra wakes up and gets confused. Prisha asks Rudra how he reached this room when he was in his room last night. Rudra tries remembering what happened last night. He tells Prisha that he only remembers that he was with Armaan at the party last night. Rudra falls asleep again. Prisha gets another sock seeing Sanya lying in blood in the same room. She gets shocked again after checking that Sanya is dead. Prisha also sees a knife near Rudra. She refuses to believe that Rudra killed Sanya.

Prisha tries to wake Rudra to know the truth. Unconscious Rudra asks her to not come near him. A waiter enters smiling cunningly. He sees Sanya’s dead body and runs repeating murder-murder. Prisha fails to stop him. Waiter takes the other staff to Sanya’s room informing that a murder has happened. On reaching Sanya’s room, the staff finds it locked from inside. They decide to call the police. Armaan reaches his and Sanya’s room and asks the staff what they are doing near his room. Armaan makes them believe that he slept on the terrace after last night’s fight. Staff inform Armaan that his wife might be injured according to what the waiter saw a few minutes ago.

Armaan fakes concern for Sanya and tells staff that before police they should have called the ambulance. On the other side, Saaransh’s wish Sharda makes a call to Rudra and Prisha. She finds their numbers unavailable. She call Mr. Ahuja next and asks him about Rudra and Prisha.

Mr. Ahuja informs Sharda that Rudra and Prisha may be sleeping as they partied late last night. She asks Mr. Ahuja to ask Prisha and Rudra to call her. Sharda feels that something is wrong. Police, Staff and Armaan break the room dear. Prisha is seen with a knife and blood on her clothes. She asks everyone to stay away from her. Female constables arrest Prisha. Armaan asks what Rudra is doing in his room? He also asks Prisha what is she doing with a knife.

Prisha says Rudra is not even able to wake up, so he can’t kill Sanya. She recalls how she removed proofs against Rudra and planted proofs against herself. She planted her fingerprints everywhere to make everyone believe that she killed Sanya. This shocks Armaan and he stops the police. He then wakes up Rudra. Rudra gets shocked to see Prisha arrested. He asks what is happening and why police arrested Prisha? Armaan tells Rudra that Prisha is trying to save him from getting arrested in Sanya’s murder. He shows Rudra Sanya’s dead body. Rudra gets shocked seeing it.

Rudra and Prisha converse in their thoughts. Rudra asks Prisha how all this happened? Prisha apologizes to Rudra and says that she had to do it, so that he can remain outside and prove her innocence. She is sure that Rudra will do anything to prove her innocence. Prisha thinks she has to take the blame of Sanya’s murder till the truth is revealed in front of everyone. Rudra tries to stop the police from taking Prisha away. Armaan again accuses Rudra of Sanya’s murder and of giving swapping wives proposal. He says that he and Rudra fought too. Rudra recalls and tells that Armaan gave the proposal to swap wives.

Armaan repeatedly accuses Rudra of wishing to sleep with Sanya. He tries making everyone believe that Rudra murdered Sanya. Prisha slaps Armaan for speaking ill about Rudra. She grabs Armaan’s collar and warns him to not speak ill about Rudra. She tells a fake story that she saw Sanya taking advantage of an unconscious Rudra. Prisha further tells that she tried to stop Sanya but when the latter didn’t stop she killed her. She asks the Police to arrest her. She asks Rudra to discuss other things with her in the police station. Armaan gets angry thinking that his plan failed to trap Rudra in Sanya’s murder.

Reviewed Rating for Yeh Hai Chahatein 19th October 2021 Written Update Prisha arrested: 1/5 This rating is solely based on the opinion of the writer. You may post your own take on the show in the comment section below.