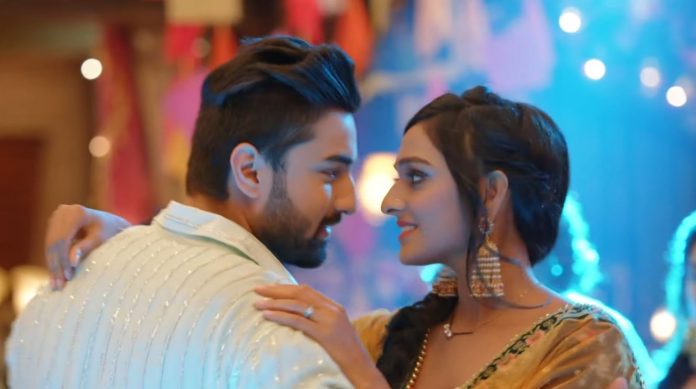 Bhagya Lakshmi 21st October 2021 Written Update Romance Tadka Rishi saves the day Nana ji hugs Karishma and gives her the same status as Neelam. Neelam is surprised. Malishka interrupts Nana ji. He angrily asks Karishma to stop Malishka from speaking in between. Malishka apologizes to Nana ji. Karishma tells that everyone respects Neelam’s dad. Malishka knows that Nana ji doesn’t like her. Nana ji asks how will they know if Lakshmi can get equal to Rishi. Rishi tells that its really simple, Lakshmi and he can have a dance and then show that they both are equal. Lakshmi doesn’t want to dance. Rishi tells her that they have to dance until the cake is delivered.

He tells that its a way to keep everyone busy by their dance performance. He tells Nana ji that he convinced Lakshmi for the dance by telling her that he likes her. Ayush tells that he will become the in-house DJ. He goes to play romantic songs for Rishi and Lakshmi. Rano compliments Karishma to fool her. She advises Karishma to think about Ayush’s marriage.

Karishma doesn’t listen to her. Rano wants Neha and Ayush to get married. Rishi tells that he remembers his promises well, he will always fulfill his promise. Rishi and Lakshmi perform the dance on a romantic number, leaving Malishka jealous. The family applauds for their lovely performance. Nana ji tells that he really liked their performance, he will decide the better dancer, the winner between them.

He tells that Lakshmi is a better dancer than Rishi, she has lived the dance with her emotions, she has become of Rishi and showcased her beautiful love. He compliments their love. Rishi congratulates Lakshmi. He informs that the cake is delivered. Nana ji asks them to carry on with the cake cutting. Malishka asks Lakshmi to get the cake. Lakshmi gets the cake from the kitchen, while Malishka waits for Lakshmi to come out crying with an excuse. Lakshmi shocks Malishka, Karishma and Sonia by showing the amazing cake, with Virender and Neelam’s marriage picture. Rishi tells them that Lakshmi had asked him for the picture to surprise them. Virender gets much pleased with Lakshmi’s sweet gesture.

Lakshmi greets Neelam’s father and hugs him. He hugs Lakshmi back and blesses her. He asks Rishi what was he telling about Lakshmi if she can compete with him or not. Malishka jumps in the middle and says that it is time for the cake cutting and these things can go on. Neelam’s father gets angry and tells Karishma to control Malishka because when he speaks no one else should speak in the middle. Karishma tells Malishka to not talk in the middle and she says sorry. Malishka whispers to Karishma that she had only told her to speak quickly and now she is only asking her to shut up. Karishma says that during that time he was not present there.

Aayush goes to Rishi and says that there is no need of Dj when he is there in the house and says that he will play songs. Aayush asks the guests to clap for Rishi and Lakshmi. Everybody cheers for them. Sonia and Karishma try to pacify Malishka but she leaves. Rano goes to Karishma and starts speaking in broken english which irritates her. She praises her outfit and calls her handsome and beautiful. Rano thinks that now Karishma will obviously smile as she is appreciating her. Rano feels that everybody wants to be praised. She says that Aayush has become large and she should think about his marriage making Karishma leave.

Rano feels strange that Karishma left once again and wonders what wrong did she tell. Rano thinks that Neha’s future mother-in-law is very egoistic. Lakshmi is happy that Rishi remembers his friends had asked them to dance during their wedding and Rishi says he does and will fulfill his promise. Rishi reveals that all his promises are cement promises and before Lakshmi can ask anything he asks her to dance. Rishi and Lakshmi perform on a romantic number making Malishka heartbroken. The dance gets over and everybody praises them for a powerful performance. Nanaji declares that Rishi is a good dancer but Lakshmi is a better dancer than him.

Nanaji says that Lakshmi got involved in Rishi and such a kind of love he has witnessed for the first time. Aayush gets a message and signals Rishi. Rishi says congratulations and whispers in Lakshmi’s ears that the cake has arrived. Nanaji gives permission for the cake cutting. Malishka thanks Nanaji and asks Lakshmi to bring the cake. Sonia is puzzled that why Lakshmi went inside when she knows that the cake has spoiled but feels that she is acting and may come crying back. Malishka says that Lakshmi will tell that the cat ate the cake and they all are waiting for what reason she might give.

Lakshmi comes with the cake much to the surprise of Malishka, Sonia, and Karishma. Karishma is confused that where did the new cake come from when she had destroyed it. Sonia is tensed about what will they do now. Nanaji is happy to see Virendra and Neelam’s wedding picture on the cake. Virendra asks her where did she get it and Rishi says that she had asked him for their wedding picture and he helped her. Virendra and Neelam happily cut the cake together. They feed each other and other family members. Neelam feeds everyone but does not feed Lakshmi which makes her sad. Neelam tells her to have the cake and also give it to her relatives. Virendra praises Lakshmi for the beautiful evening and feeds her the cake.

The guests praise the party by telling that they remembered their culture for some time which they had completely forgotten due to living abroad. Dadi also praises Lakshmi and thanks her. Nanaji praises Lakshmi and calls her pure and truthful. He says that he has a unique gift for Virendra and Neelam which he had given to Lakshmi and Rishi which were honeymoon tickets. The guests cheer and clap for them. Dadi teases them about the second honeymoon. Neelam gets angry with her dad but he tells her that he was just kidding. Nanaji asks Virendra that despite so many years of marriage he is still scared of Neelam. Neelam asks her dad if he has come for the anniversary party or to pull Virendra’s legs.

Nanaji says that he had come to capture his family’s happiness in his eyes and recall it whenever he is sad or alone. He also declares that he had come to meet Rishi and hug Lakshmi. Neelam gets jealous to see her father hug Lakshmi and bless her immensely. Aayush does drama in front of Rishi so that he gets to come late to the office. Rishi gives him permission to Aayush only for one day. Aayush is happy and indulges in fun banter with Rishi. They both end up saying I hate you to each other and Aayush leaves. On the way, he tells Lakshmi that Rishi is very mean and asks her to control him. Lakshmi is happy that everything went well and Rishi calls her the superstar of the party.

Lakshmi gives credit to Rishi too for supporting her. Rishi refuses to take the credit but Lakshmi says that he saved the day for her. Malishka is listening to their conversation and comes to know that due to Rishi she could not win against Lakshmi. She feels that Lakshmi has pushed Rishi against her. Virendra is happy after a grand anniversary celebration but Neelam is jealous that her father is liking Lakshmi a lot and what will happen after a year when Rishi and Lakshmi’s marriage will break. Virendra asks her to live in the present but Neelam says that due to her future planning Rishi is safe today.

Rishi is talking sweetly to Lakshmi and Malishka is fuming in anger behind the curtain. Rishi sees Malishka walking away and goes behind her instead of listening to Lakshmi. Malishka is angry with Rishi for ordering the new cake as she wanted to be good in front of his parents. Rishi says Malishka that she is the best and that is why doesnt have to prove anything. Rishi says that what Malishka did was wrong and he will always help Lakshmi if she needs help for his parents. He warns Malishka to not listen to Karishma as she is a good person. Malishka is not convinced and says that she doesnt like to share him with anyone but from few days she is feeling that her love is being shared with Lakshmi. Lakshmi hears a noise and feels that someone is hiding behind the curtain. Rishi and Malishka are hiding behind the wall. Lakshmi goes to find out.

Reviewed Rating for Bhagya Lakshmi 21st October 2021 Written Update Romance Tadka: 3/5 This rating is solely based on the opinion of the writer. You may post your own take on the show in the comment section below.