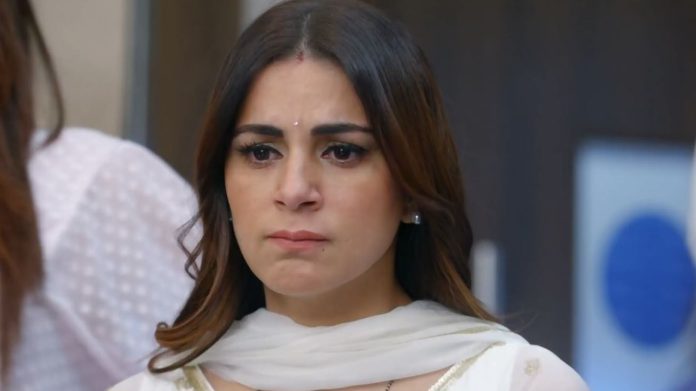 Kundali Bhagya 25th October 2021 Written Update Prithvi truth out Preeta threatens Sandeep that she will expose his truth in front of the police by showing the video evidence. She asks him to tell the name of the mastermind, she will try her best to save him from the police if he helps them out. She not only wants Rishabh out of the jail, but also to nullify the threat on the Luthras. She tells him that his statement will just help them find the mastermind, Rishabh would be out of the jail anyhow when the police sees the video evidence against him/Sandeep.

She promises Sandeep that she will not let him get caught. She asks who is the person he had mentioned before, someone who belongs to the Luthra family and is in their trust circle as well. Shrishti guesses it right, while she awaits Sandeep to take the name. Sandeep tells them that its Prithvi Malhotra who is taking revenge on Rishabh. He reveals Prithvi’s evil motives in front of Preeta, Sameer and Shrishti.

He adds that Prithvi wants to ruin down Rishabh completely, in every possible way. He further states that Prithvi wants to destroy Luthras. Preeta gets raged up on confirming Prithvi’s evil truth. She already knew that Prithvi is the culprit. She wants to go home with Sandeep and expose Prithvi in front of the Luthras. Elsewhere, Prithvi reaches Mahesh and finds him depressed. He tells that he is really sorry to disturb him, but he came for an urgent work. He asks Mahesh to sign on some papers, which requires his consent.

Mahesh sinks in sorrow over Rishabh’s arrest. He doesn’t read the papers and signs the legal papers. Prithvi gets gad that he will be able to snatch everything from Mahesh using the signed documents. Will Preeta be able to rescue Rishabh and alert the family by getting Sandeep’s statement? Will Sandeep stick to his statement to change it in front of the Luthras? Will Preeta be able to prove anything this time or fail once again? Keep reading.

Earlier in the show, Preeta, Sameer and Shrishti meet Sandeep. Sandeep asks them to leave, else he will call the police. Preeta asks him to call the police right away, she also wants to talk to the police. She tells that he is cheating them when his leg isn’t injured. She adds that she has seen him running on his same foot. Sandeep realizes that they were at the godown. Sudeepa asks them not to trouble the patient. Shrishti loses her cool. Sameer tells that they are double over-smart, they have an evidence against him.

Preeta asks Sandeep not to fool them, he is a fool himself. She tells that she knows that someone has asked him to blame Rishabh and send him to the jail. She asks him to tell the name of the mastermind. Sandeep denies it. Preeta shows him the video and threatens to get him arrested for the fraud. She tells that he has two options, either support them or go to the jail.

Preeta promises Sandeep that she will not let him go to the jail, she will tell the family that he has saved them from the mastermind, everyone will support him if he names the mastermind. She threatens to expose his truth and get him arrested for the fraud. She asks him to decide, if he wants the Luthras to get grateful for his help, or become his new enemies for his fraud. Sandeep is in a dilemma. Shrishti tells that its the best offer for him, once he tells the name of the mastermind, then he will get saved from the jail. Sameer tells that they are good people, they will save him from the police.

Sandeep tells them that he isn’t scared of the jail or police, but of that mastermind, who is too clever to get caught. He tells that the person is from their family, he knows everything. Preeta promises that she will save him from the mastermind as well. Sandeep agrees to help them. He stands on his feet. He tells Preeta that the mastermind stays in her house. Preeta asks him not to get scared and just name the person. He names Prithvi, who wants to destroy Rishabh completely. He tells Preeta that Prithvi isn’t their well-wisher. Preeta gets much raged. Rakhi, Kareena and Bani are worried.

Rakhi tells them that Mahesh is too depressed, he isn’t in his senses, he isn’t talking to her. She doesn’t understand what’s happening to Mahesh. She regrets that she scolded Preeta so much without any reason. Preeta returns home. She gives medicines to Bani. Bani asks Preeta not to get medicines for her next time. She gets rude towards Preeta. Rakhi apologizes to Preeta for her scolding. Preeta tells that Rakhi is like her mum, who has a right to scold her. Rakhi knows that Preeta is selfless and wants Rishabh to come back home. Preeta asks Rakhi to not apologize, and just love her. Rakhi hugs Preeta and blesses her.

Meanwhile, Sherlyn loses her mind thinking of Prithvi’s words. She feels hurt by his words. She sees Rishabh’s photo. She realizes how caring Rishabh is. She thinks Rishabh married her for the sake of the baby, he had really kept the marriage with a true heart, he isn’t a bad person. Prithvi meets her and finds her in tears. He is fed up by her drama. He tells her that he was too frustrated and didn’t mean any such work. She tells him that she isn’t his puppet.

She rebukes him for his ill-behavior. She tells that he got rid of Rishabh and Karan as well, so he wants to make her away, finding her useless now. She asks him to go and keep his marriage with Kritika. He tells her that they are equal, they always fight and then patch up. She asks him to leave from her room. She vents her anger on him. He asks her to forget her anger, else he will leave from her life forever. Sherlyn cries and sees Rishabh’s photo. Will Sherlyn change from now? Read ahead in the next post.

Reviewed Rating for Kundali Bhagya 25th October 2021 Written Update Prithvi truth out: 3/5 This rating is solely based on the opinion of the writer. You may post your own take on the show in the comment section below.