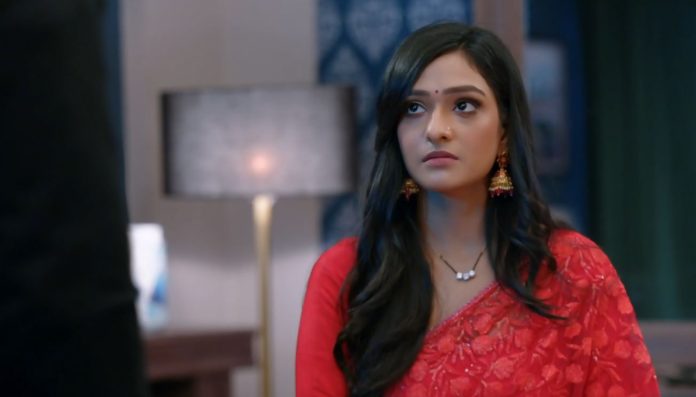 Bhagya Lakshmi 26th October 2021 Written Update Proof of love Lakshmi tells Malishka that she can help in finding out the girl as she is with Rishi in office and also knows all his friends. Lakshmi insists to Malishka that she wants to find out who the girl was and Malishka agrees. She says that she still feels there is nothing like that and Rishi is not having an affair. Malishka says that if Lakshmi still has a doubt then she will certainly help her. Malishka asks Lakshmi to go home. Lakshmi thanks Malishka and says that she knows she will help her as she is a girl and can understand her.

Shalu asks Lakshmi if she told everything to Malishka and Lakshmi says that she can help her as she is her friend too now. Lakshmi decides to go home and speak to Rishi. Malishka is searching for Rishi but he goes with Virendra for a meeting. Malishka wants to inform Rishi that Lakshmi has come to know that he is having an affair. Lakshmi is very depressed and Aahana asks her why she is sad. Lakshmi says that she is fine and Aahana says that Neelam is calling her.

Lakshmi feels like telling Rishi to Virendra but thinks that she will tell him later. Karishma is shocked to see that Neelam is planning a grand celebration for Karwa Chauth and informs her that all these things are too much. Karishma says that everyone knows that Lakshmi is their daughter-in-law and such things are of no use as Rishi will divorce Lakshmi after a year. Dadi scolds Karishma but Neelam tells Karishma to speak as she will speak when her speech is over. Karishma says sorry. Neelam says that Lakshmi is Rishi’s saviour and all these things matter for her son’s safety.

Neelam says that if Lakshmi happily performs Karwa Chauth for Rishi then it will be good for Rishi only. Neelam says that she doesn’t know what may happen after a year but at present she is thinking about Rishi and only his long life. Dadi sees Lakshmi and distracts Neelam and Karishma. Karishma is irritated that all the family members are keen on celebrating all festivals with Lakshmi.

Malishka calls Karishma and informs her that Lakshmi did not come to know about her. Karishma speaks to Malishka’s mom and says that things are going very far and if Malishka did not act swiftly then, Lakshmi will snatch everything away from her. Malishka’s mom gets tensed and Malishka takes the phone away from her. Neelam gives Laksmi all the stuff for Karwa Chauth and she becomes emotional. Neelam and Dadi pacify her.

Neelam tells Lakshmi that Sargi should come from maternal house and asks her to call her aunty. Malishka shouts at Karishma for speaking like this in front of her mom. Karishma says that she has told her the truth now it’s up to her. Malishka looks at her love band when her mom comes and tells that till there is an understanding between her and Rishi there cannot be any problem. Rishi is worried that Lakshmi is upset with him and decides to go and speak to her. Neha picks up the phone and thinks that it is her friend Pinky and shouts at Neelam.

Rano speaks with Neelam and promises her to send Sargi at 5 the next day. Neelam informs Lakshmi that her aunty will send the Sargi at 5 and Lakshmi is tensed that she has to get up early. Neha gets angry at Rano for promising to send Sargi but Rano says that she lied to them and she is in no mood to send it. Neha understands her plan and thinks that Lakshmi will remain thirsty and hungry as Sargi will not reach there. How will Lakshmi clear these obstacles and prove her love for Rishi? Keep reading.

Reviewed Rating for Bhagya Lakshmi 26th October 2021 Written Update Proof of love: 3/5 This rating is solely based on the opinion of the writer. You may post your own take on the show in the comment section below.