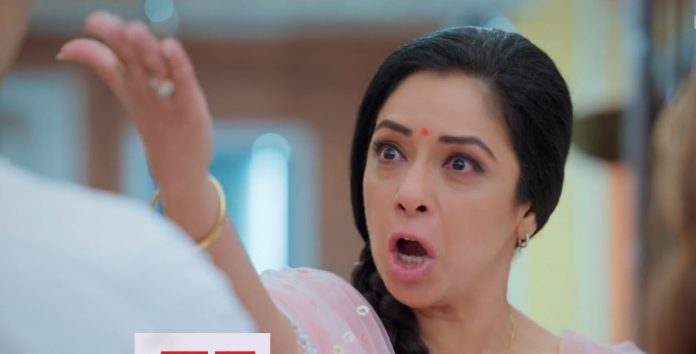 Anupama 29th October 2021 Written Update Agnipariksha Vanraj insults Anupama by asking about her Raas-Leela with Anuj. Anupama limits his tongue. She tells him that she will not give any Agnipariksha on his saying, because Agnipariksha is given to Ram, not to Raavan. She calls him Raavan, which infuriates Leela. Leela asks Anupama to tell them the truth about her affair with Anuj. Anupama asks Leela to stop it and believe her. Vanraj tells Anupama that Anuj and she had fallen down to the lowest level by spending a night in the same bedroom. Anupama calls it enough, and tells that she will not pay him any respect after knowing his dirty thoughts. Leela defends her son, but Anupama asks her to keep quiet.

Leela insults Anupama, while Samar and Nandini defend her. Vanraj tells that Anupama is enjoying her life with her boyfriend. Anupama asks him to stop it at once. She tells that she can’t stay in the same house, else there will never be peace. She knows that Vanraj and Leela will always question her relation with Anuj. Anupama protects her dignity and self-esteem. The matter goes worse when Samar and Paritosh get into an argument. Samar defends his mum, while Paritosh believes Vanraj. Anupama gives a solid reply to Vanraj.

She applies the kumkum to her forehead, before packing her bags and leaving. She tells that nobody has a right to ask her about Anuj and her relationship, when they have decided to never trust her. She asks Leela not to feed their words in her mouth. She asks them to believe that there is nothing between Anuj and her, other than friendship. She doesn’t want to prove herself right to those who are already wrong. Hasmukh, Samar, Pakhi and Nandini cry for Anupama.

Anupama returns to shah house through a cab. She sees Vanraj sitting on the entrance just like he used to in the past to scold and humiliate her. She confidently enters the main gate and enters the house taking out her slippers. Nandini asks Anupama how her visitation was? Vanraj interrupts Nandini and asks her to ask Anupama, how was her rasleela. Anupama shouts Mr. Shah. Baa asks her not to shout. She says to Anupama that Vanraj is saying the right thing as her looks/outfit shows what she did last night.

Samar and Pakhi say to Baa that she can’t like that about Anupama. Vanraj asks them to shut and orders that no one will speak in between. Pakhi still tells Vanraj that no one will say anything to her mother. Vanraj shouts at Pakhi. Anupama asks Vanraj to not shout at her children. Vanraj starts saying to Anupama whatever clarification she may give. Anupama stops Vanraj in between and says that the amount of clarification she always gives, even washing powder doesn’t give. She refuses to give any clarification.

Anupama just tells everyone how she and Anuj got stuck in the rain and had to stay in a house with some teenagers. Baa tells Anupama she didn’t have any extra clothes. Anupama replies that is why she had to borrow clothes from the teenager’s mother. She even reveals that Anuj got down with fever after getting wet in the rain. Vanraj accuses Anupama of being in the same bedroom with Anuj. He reveals that he called the same house Anupama was living in. He further says that a teenager attended the call and told that uncle and aunty were in the bedroom. Vanraj intentionally put emphasis on the time of his call i.e at 3 AM.

Anupama asks Vanraj to at least respect and think about other family members hearing his ill words. Vanraj replies to Anupama to reveal how much respect she kept with a stranger in the same bedroom last night. Anupama stares at Vanraj with anger. She reveals that she was taking care of ill Anuj. Kavya shows the video of Anupama and Anuj dancing and enjoying themselves with the teenagers. She shows it to everyone. Anupama explains that it is the video captured before Anuj got unwell.

Vanraj asks Anupama isn’t the video of her losing her modesty is captured. Anupama replies that his video of losing respect didn’t get captured. Vanraj replies to Anupama that she and Anuj lowered their level by being in the same room last right. Anupama replies that Vanraj lowered his level down with his low thinking. Anupama again tries to explain her truth and reveals there were teenagers too proposing to each other. Vanraj interrupts and says the proposal and first night is done. He asks when the marriage is?

Angry Samar tells Vanraj that he said enough. Paritosh asks Samar to shut down and says Vanraj is saying nothing wrong. Samar asks Paritosh if he is suspecting his own mother. Paritosh says he doesn’t want to suspect but the truth is that Anuj and Anupsma. Samar gets angry and grabs Paritosh’s collar. Both brothers start fighting. Kavya asks Vanraj to ask his sons to be in their limits. Vanraj says whose mother can’t be in her limits how can they be in their limits. Anupama shouts Mr. Shah. Baa asks Anupama to shut down as she crossed her limits and committed a sin.

Anupama explains that she didn’t commit any sin. She asks Baa to make her count if she committed any mistake in the last 26 years. Anupama asks the person who hasn’t committed a single mistake in 26 years, how can he/she commit a sin. She further says she understands that Vanraj is a lower level and lower thinking person but how can she think about her like this? Anupama says she has got tired of giving her character certificate and explanations. She asks them to think whatever they want to. Vanraj asks if she will not get affected by whatever they say? He further asks if she will still spend nights with her boyfriend?

Anupama shouts at him in defence of his dirty accusation. Vanraj and Leela keep questioning Anupama’s character. Anupama gets irritated with questions getting raised on her character. On the other side Anuj is seen worried for Anupama. He discusses with GK that Shah creates drama and troubles for Anupama for even small things. Anuj tells GK this time he was with Anupma for a whole night. He tells GK that he feels that something wrong is going to happen today. GK tries to calm Anuj and asks him to not worry.

Back at Shah house, Kavya and Baa tag Anupama as characterless. Anupama cries and requests Baa not to raise questions on her character in front of her children. Vanraj asks Anupama to stop crying fake tears. Baa stops Mamaji from supporting Anupama. Baa continues calling Anupama characterless. Anupama shouts Baa. Vanraj asks her to talk with respect to his Baa. Anupama says she respected them enough. She explains that she did enough for members of Shah house.

Emotional and hurt, Anupama says she will not give explanations and tests for the members of this house. Vanraj says to Anupama she would have to give “Agnipariksha” for her behavior. Anupama says “Agnipariksha” is given to Ram and not to Raavan. Baa shouts at Anupama for calling Vanraj Raavan. Anupama shows her hand to Baa to shut down. She tells everyone that she had kept enough patience. Anupama finally decides to leave the house. Except Kavya everyone gets shocked with Anupama’s decision.

Kavya says Anupama is so smart that first she found a boyfriend and now a reason to leave the house to live with him. She asks when and where she is going to marry her new and rich boyfriend. Kavya further says to Anupama that she doesn’t need to get married as she already completed the post marriage rituals last night. Anupama reminds Kavya that she did the post marriage ritual with Vanraj in her bedroom. She makes Baa recall the blames for the wrong works she is putting on her have already been done by her son and new daughter-in-law.

She further tells Baa that she needs to insult Vanraj and Kavya for the wrong works she is scolding her for. Anupama even shuts Paritosh from speaking in between. She says she will leave the house with whatever is precious to her. Kavya tells Anupama that she can’t take any money or jewellery with her. Anupama replies that she will leave the house with her self-respect. In the next episode, Anupama will be seen packing her things and leaving the house with her self-respect. Bapuji will bless Anupama. Vanraj, Baa and Kavya will be seen shocked.

Reviewed Rating for Anupama 29th October 2021 Written Update Agnipariksha: 5/5 This rating is solely based on the opinion of the writer. You may post your own take on the show in the comment section below. 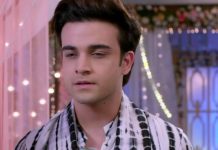 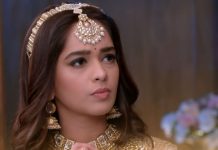 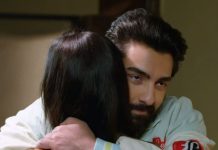