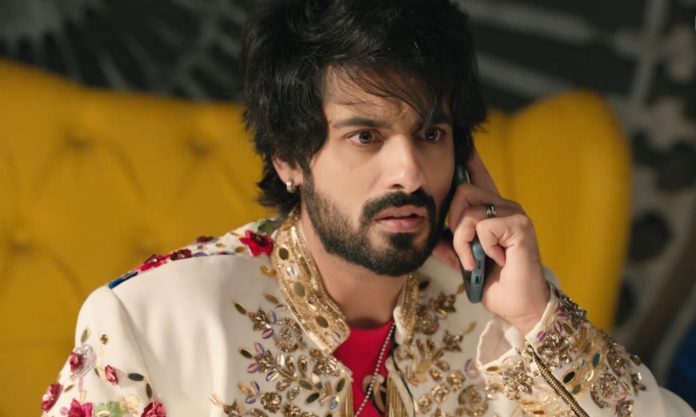 Yeh Hai Chahatein News for Rudra 28th October 2021 Written Update Mishka asks Resha whose murder was she talking about. Reshma says its all an act of rich people as no murder took place. She says that those rich people gave them a small job for a large amount of money’s greed. Mishka asks her what work? Reshma tells Mishka that they were asked to do a murder makeup. Mishka asks whose make up. Reshma tells that she and Sunil got trapped for performing Sanya’s murder makeup. Mishka gets shocked on knowing that Sanya Thakur is alive.

Reshma tells that Armaan and Sanya are frauds. They planned to trap Rudra in Sanya’s murder charges as Armaan anyhow wanted Prisha to be his. Reshma tells Mishka that Prisha saved Rudra and took blame of Sanya’s murder on herself which cracked Sanya and Armaan’s plan. She further tells Mishka that Prisha got arrested and with Rudra’s investigation Sunil got trapped. Reshma continues telling Mishka that Sanya hid somewhere and Sunil ran away due to which she got trapped here in prison.

Mishka gets more shocked on knowing that Prisha died in an accident after all this. Reshma asks Mishka if she knows Prisha. Mishka changes the topic. Mishka thinks to use this information to her advantage. Inspector Chautla and Armaan meet each other secretly. Armaan tells inspector chautla that it was all his plan of Sunil running away and going missing. He says that now Sunil won’t get caught. He recalls that at 3:44 am at the night of Sanya’s murder act, he, Sanya and Sunil made arrangements to show that Rudra murdered Sanya. He recalls how he gave Sanya an injection to make everyone think that Sanya died. He even told Sanya that he transferred a property in her name to London.

Armaan further recalls that he thought that Prisha would hate Rudra for murdering Sanya. He also thought that Rudra will get out of his and Prisha’s life as Prisha will return to him. It is also shown that Armaan hurted himself to show that Rudra beat him badly. Armaan comes out of the flashback and says that Prisha ruined his actual plan. He tells Inspector Chautala how he gave the duty police officer and forensic in-charge the money to change death time in the report. In the flashback it is shown how Armaan, forensic doctor and police officer brought Sanya in consciousness. It is also shown how Armaan told Sanya that he asked the doctor to change her death timmings to trap Rudra and free Prisha.

Forensic experts told Armaan that if they now would change the time, all of them would get trapped. Inspector Chautla tells Armaan that earlier she didn’t know that he wanted to trap Rudra, not Prisha. She tells Armaan that she helped him after she found out that he is involved in Sanya’s fake murder. Armaan says that this is why he had to make Sunil hide. He tells that Rudra failed to find Sunil because of him. Flashback shows Sunil informing Armaan that Rudra is searching and calling him. Armaan advised Sunil that he should leave the city to get saved.

It is also shown in flashback that Sunil ran away in front of Rudra by not letting the latter see him. Armaan too ran away from Sunil’s home. After coming out of his flashback, Armaan gives money to Inspector Chautala for helping him. He asks Inspector Chautala to close Prisha’s case forever. Inspector Chautala agrees to help Armaan. Next Rahul is seen bringing drunk Rudra back home. Sharda gets worried seeing Rudra heavily drunk. Rahul tells Sharda that Rudra drank a lot in the after party of the concert. Sharda gets angry at Rahul for letting Rudra drink so much.

She asks Rahul if he didn’t want Rudra to sing for him more? Rahul tells Sharda that he let Rudra drink because he forgot about Prisha’s death after drinking. Rudra goes to his room, where he imagines Prisha. Prisha in his imagination tells Rudra that Armaan hid her and wasn’t letting her meet him. Rudra asks if she is really alive and why she left him. Prisha in Rudra’s imagination again and again tells Ridra that Armaan kept her with him. Sharda gets shocked to see Rudra hugging air.

Rudra too gets shocked on not finding Prisha again. Sharda tries to make Rudra believe that Prisha is dead and can’t be alive. Rudra faints telling Sharda that Prisha is alive. Sharda gets worried seeing Rudra’s state. Next morning, Mishka makes a call to Rudra. She tells Rudra that she has the information and proof to prove Prisha’s innocence in Sanya’s murder.

In the next episode, Rudra will tell Sharda that Mishka called him to inform that she has the information that can prove Prisha’s innocence in Sanya’s murder. Armaan’s goons will call him where Prisha will tell Armaan that she is in pain and his goons are not listening to her. Armaan will ask his goons to bring medicines that Prisha asked them to. Msihka will keep a deal in front of Rudra to get her out of prison and she will tell him whatever information Sunil’s girlfriend gave her. Armaan’s goons will bring medicines Prisha asked for. Prisha will see the medicine with a plan in her mind. Mishka will shock Rudra by telling him that Sanya is alive.

Reviewed Rating for Yeh Hai Chahatein News for Rudra 28th October 2021 Written Update: 2/5 This rating is solely based on the opinion of the writer. You may post your own take on the show in the comment section below.