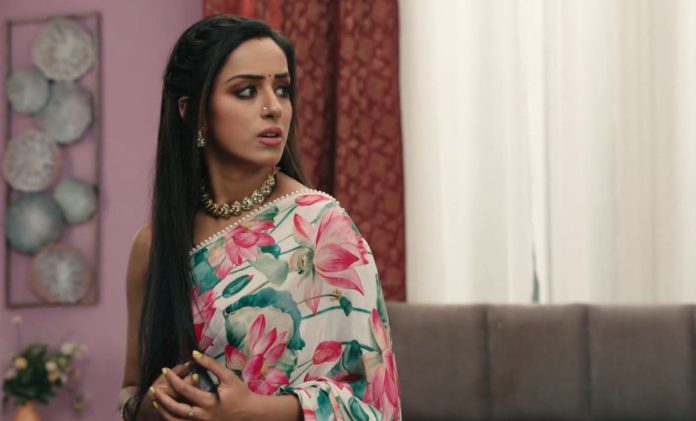 Yeh Hai Chahatein 29th October 2021 Written Update Prisha’s stunner Rudra asks Mishka why she is calling him? Mishka replies that she has an information which can prove Prisha’s innocence in Sanya’s murder. She also tells Rudra that she has the proof which can prove Prisha innocent. Rudra refuses to believe Mishka based on her past misdeeds and crimes. Mishka asks Rudra doesn’t he wants to remove murder charges/stains from his dead wife’s name. He asks her how she got to know about Prisha’s death. She replies just like she knows about Prisha’s innocence.

Mishka asks Rudra to decide what he wants to do. She asks Rudra to meet her if he wants to remove murder charges from Prisha’s name. Mishka smiles with evilness on her face. On the other hand, Armaan brings stuff for Prisha’s upcoming baby. He refers to the upcoming baby as his and Prisha’s child. Armaan angers Prisha by saying he will do everything for his and her baby. Angry Prisha thinks how can Armaan call her and Rudra’s baby as his and hers. She further thinks to act till she exposes him.

Prisha asks why he is doing so much. Armaan says he is doing everything for her and moreover this baby is lucky for him. He asks Prisha if she is happy. He tries going near Prisha. Prisha runs and acts like vomiting to get away from Armaan. She thinks of exposing Armaan as soon as possible. Back at Khurana house, Rudra informs that Mishka called to meet him. He further tells Sharda that Mishka told that she has information to prove Prisha’s innocence. Sharda asks Rudra how can Mishka get evidence of Prisha’s innocence in prison when they couldn’t gather any evidence being out of prison.

Sharda says she can’t believe in Mishka based on her past misdeeds. Rudra says he can do anything to remove the murderer stain/tag from Prisha’s name. Sharda asks him to be careful. Rudra leaves to meet Mishka. On the other side, Mishka is seen happy. Reshma asks her the reason for her happiness. Mishka tells her that she is soon going to be out of Prison. She offers help to Reshma too. Reshma asks how she can free her from prison too.

Back at Armaan’s secret place, Prisha asks Armaan’s goons to bring her medicine. The goons tell Prisha that Armaan has ordered them not to leave her alone. Prisha says she is in pain. She asks them to make her talk to Armaan. Goon calls Armaan, Prisha tells Armaan that she is in pain and his goons are refusing to bring medicine for her. Armaan calls his goons stupid and asks them to not take his permission and bring whatever Prisha asked them to. Goon agrees. Prisha thinks everything is happening as she planned.

At the police station, from outside prison, Rudra asks Mishka how she can prove Prisha’s innocence in Sanya’s murder. Mishka asks Rudra what she will get in exchange. Rudra calls Mishka selfish. Mishka asks Rudra to free her from prison for whole life, in exchange of proof of Prisha’s innocence in Sanya’s murder. She asks Rudra to take back all the charges of Saaransh kidnapping against her. Mishka tells Rudra that he can trust her because she knows about Sunil’s girlfriend’s whereabouts. Rudra thinks if he should trust Mishka.

On the other side, Prisha fakes taking medicine brought by Armaan’s goon for which she asked. She fools the goon easily. She thinks that she made his goons bring medicine which will make him tell her his truth. Prisha further says to herself that after knowing who murdered Sanya, she will return back to Rudra and reveal to him about her pregnancy. Mishka and Reshma wait for Rudra to free them. Reshma asks Mishka if she thinks Rudra will free them from prison to clear Prisha’s name.

A constable tells Mishka that a senior officer called her. She meets the senior inspector, who tells her that Rudra took back all the charges against her. Mishka feels happy on getting released. Rudra meets Mishka outside the police station. He asks her the information she have which can prove Prisha’s innocence in Sanya’s murder. Mishka shocks Rudra by telling him that Sanya is alive. Rudra gets angry at Mishka for talking rubbish. He tells her that he himself saw Sanya’s dead body. Rudra further tells Mishka that forensic reports of Sanya’s death were too presented in court.

Mishka asks Rudra to calm down. Rudra says he made a mistake by trusting her. Mishka asks if Sanya’s neck was cut and Prisha had a knife in her hand. She shocks Rudra that Sunil did Sanya’s fake neck cut makeup. She asks Rudra to think about why Sanya will call a make-up artist at 3 to 3:30 am. She explains to Rudra that it was all Armaan and Sanya’s plan to send him to prison. Mishka further explains to Rudra that Armaan wanted to throw him away from his way to Prisha.

Mishka asks Rudra to recall who called him that night to Sanya’s room. Rudra tells Sanya called him and understands the whole plan of Armaan. Mishka tells that Sunil’s girlfriend told her that Armaan made Sunil run away. Rudra asks Mishka where is Armaan? Mishka explains to Rudra that Sunil’s girlfriend Reshma can take them to Sunil who can further help them find Armaan. She asks Rudra to free Reshma too from prison for their help. On the other side, Prisha mixes a medicine in a juice and plans to make Armaan drink it and tell her Sanya’s murder truth.

In the next episode, Reshma will reveal to Rudra that Sunil did Sanya’s makeup to make everyone believe that she is murdered. She will also reveal to Rudra that Armaan asked Sunil to do Sanya’s fake murder makeup. Prisha on the other side will get shocked to know that Armaan killed someone to get her. Mishka will ask Rudra to marry her to give her the guarantee that he will not send her back to prison. What will be Rudra’s reply to Mishka? Keep reading.

Reviewed Rating for Yeh Hai Chahatein 29th October 2021 Written Update Prisha’s stunner: 3/5 This rating is solely based on the opinion of the writer. You may post your own take on the show in the comment section below.