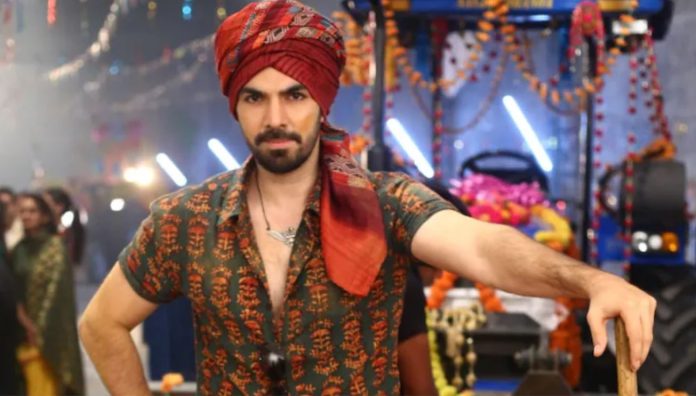 Udaariyaan 29th October 2021 Written Update Angad’s entry Tejo feels bad seeing Jasmin disrespecting Karwachauth rituals and faking to keep the fast in front of Virk family. She realizes that Jasmin doesn’t care for Fateh’s hunger since she made him keep the fast as well. She was really thinking that Jasmin will keep the fast for Fateh’s long life and happiness, but she forgot for a moment that Jasmin is really selfish. Jasmin’s lie gets caught by Tejo, Simran and Mahi. Mahi makes a video to show it to Fateh and family, and expose Jasmin’s lie. Tejo wants Fateh’s eyes to open up.

Tejo plans to have Simran and Buzo’s Karwachauth celebrated in the Virk house. She convinces Gurpreet to support them. While Tejo carries a Karwachauth rasam plate with her, she bumps into Fateh and drops the plate. Fateh helps her pick the Karwachauth puja items. He gets to see Tejo’s face through the Channi/round mesh, while Tejo also sees his face through it, just after sighting the moon. Fateh and Tejo are still husband and wife, after getting rid of fraud Jass. The fate brings them together on Karwachauth.

Virk family will be seen celebrating Diwali festival together. Angad Maan’s entry will be happening during the celebrations. He will be entering Tejo’s life. A joyful, handsome and true Punjabi guy who loves his country, and having principles matching to Tejo will be seen winning her heart. Angad and Tejo’s pairing leaves Fateh jealous. Angad’s entry will revive Fateh’s unfelt emotions for Tejo. Jasmin wants to announce her engagement with Fateh in the same function. She decides to manipulate Fateh and convince him for the engagement. Fateh wants Tejo to move on, but his heart doesn’t wish the same. Will Fateh realize his love for Tejo? Keep reading.

Mahi comes home in anger and reveals Jasmin’s truth to Fateh. She finds Fateh getting stubborn and refusing to eat anything. She tells him that Jasmin is fooling him, she made him tolerate hunger, and she herself went away to have the chaat. She shows the video she shot to prove Jasmin’s lie. Fateh is shocked to see the video, but laughs off saying Jasmin is like a kid who can’t do big things, but can just pretend. Mahi tells him that he got blind in his love. She asks him to be sure that Jasmin loves him.

Tejo takes care of Gurpreet and Simran. Fateh awaits Jasmin, who comes home from shopping and shares her new buys. He asks her to accompany him, so that they can go out and have some food. She asks him to tolerate hunger just like she is doing, and its a matter of few hours now. She lies to him and boasts of her true love. She tells him that she is still hungry, just for his sake. Fateh tries much to extract the truth from her, but she doesn’t speak out. She cheats him by her stories. He has learnt the truth that she broke the fast. He wanted to hear it from her.

He has stopped Mahi from revealing Jasmin’s truth to Gurpreet. He expects Jasmin to be true to at least him. Jasmin doesn’t tell him the truth and goes to deck up for the function. She expects everyone to sing her praise after seeing her looks. The family instead praise Tejo’s simplicity, which holds her beauty. Tejo helps Simran perform the Karwachauth rituals for Buzo. Tejo also completes the rituals while helping Simran. Jasmin gets fed up of the rituals, but acts in front of everyone.

Jasmin calls up Fateh and asks him to come home from the academy to break the fast. Fateh hears her talking to Nimmo, and lying about the power of love, which didn’t make her feel hungry for a moment. Jasmin just lies about her love to everyone. Fateh gets upset on hearing her prolonging the lie. Jasmin asks him to come home soon for her sake. Fateh and Tejo get into a Karwachauth moment, which gets seen by Biji and Gurpreet. Biji and Gurpreet feel Fateh and Tejo will never get separated, Tejo is his wife in the real sense, who has always protected him from the problems. Fateh and Jasmin accompany the family for the rituals. Fateh gets angered seeing her lie behind her innocence. Jasmin performs the rituals with Fateh. He wishes she tells him the truth, so that he can forgive her.

Simran completes the rituals with Buzo. Tejo gets happy for Simran. Fateh is in a dilemma. He doesn’t feed the water to Jasmin, because of her lies. Gurpreet feels Fateh dropped the water pot because of weakness. Jasmin asks him if he is okay. Fateh angrily leaves from there. Tejo finds him going without breaking his fast. She reaches Fateh. Jasmin asks Fateh why is he upset. He confronts her for eating chaat in the market and lying to him about her sincere true love. He tells her that he kept a fast for her, but she just lied to him. He understands that she has to become a good bahu, but she shouldn’t lie to him. Fateh gets much upset that Jasmin is still faking hunger and lying to him. He wants to know if he can believe her or not, if her love is true for him or not. Jasmin is left alone, as her selfish face comes out in front of Fateh.

Jasmin wonders who has told her truth to Fateh. Fateh lectures Jasmin and goes away. Mahi asks Tejo if she is still feeling bad for Jasmin, who has hurt Fateh so much. Tejo tells that she is feeling bad for Fateh, who is still hungry. She knows that he can’t tolerate hunger. Gurpreet tries to feed Fateh, but he refuses. Jasmin thinks of a way to convince him. Tejo goes to help Fateh and make him eat the food. She praises the food, and gets his attention. He leaves his anger. He tells that he will eat the food if they all are insisting. Fateh and Tejo have the food together. Tejo gets a call from the academy. She shares the good news with the family.

She tells them that she was finding a financer since a long time to get rid of their loans. She informs them about the meeting with the new investor. Khushbeer praises her. Tejo asks Fateh to handle the academy if the investors come for inspection. He assures to accompany her. Jasmin tries cute things to apologize to Fateh. She sheds some tears and convinces him. He ends his annoyance. He asks her to go home, since he can’t convince the investor alone. He praises Tejo who really works hard for the academy, without claiming anything. Tejo goes to meet the investor, Angad Maan. She finally meets Angad, who appears a very fun loving person, dancing on the music.

Reviewed Rating for Udaariyaan 29th October 2021 Written Update Angad’s entry: 5/5 This rating is solely based on the opinion of the writer. You may post your own take on the show in the comment section below.