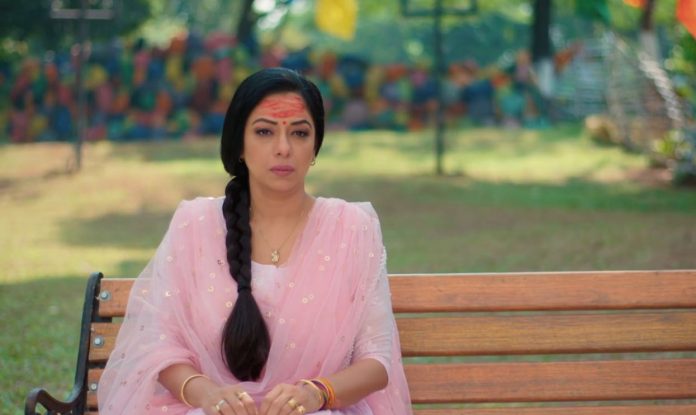 Anupama 30th October 2021 Written Update Perfect Anu Anupama tells Leela that she will pray that the house gets good luck and happiness, but it won’t happen, since the house has no respect for a woman. She adds that she wishes the good for them, knowing they don’t wish good for her. Mama ji asks Anupama not to leave, but Bapuji/Hasmukh makes an entry to support her. Hasmukh asks Anupama to leave, he will not stop her this time. He knows to which level Leela, Vanraj and Kavya can fall down. He doesn’t want Anupama to tolerate the filth.

He tells Anupama that it’s his mistake to stop her back, this house is a cage for her, which she needs to break and fly off to achieve her freedom. Hasmukh asks her to take her self-esteem and leave. He doesn’t want her to feel guilty. He feels his family never deserved Anupama. Samar also feels the same, that the family never deserved her. Nandini asks Anupama not to show more devotion to the people who never deserved her. Mama ji further states that Anupama is like a Devi who deserves to stay in a temple, the house was earlier a temple, but now Leela and Vanraj have made it a market. Samar asks Anupama to please leave. He decides to go with Anupama.

Furthermore, Hasmukh asks Anupama to cut off any finger that’s pointed towards her, but not tolerate any nonsense. He encourages her to become Kaali Maa to protect her dignity. He applies the red colours on Anupama’s forehead and encourages her to move on. Anupama’s supporters join her and ask her to leave. Hasmukh blesses Anupama. Anupama gets upset thinking of the lovely memories she had in the house. Anupama and Samar pack their bags. Anupama seeks Leela’s blessings. Vanraj and Kavya are left stunned. Anupama meets her family just before leaving the house. With a heavy heart, she leaves the Shah family. Paritosh isn’t affected by her leaving.

He stays with Vanraj. Anupama is thankful to them for giving her a lot of pain, which will become her courage to move on. She tells that she has done and tolerated a lot for the sake of the family. She apologizes to them for not fulfilling their expectations. She wishes them all the best, knowing their best days are close. She wants them to know how their life will become a struggle without her. Hasmukh cries a lot for Anupama and Samar. Nandini and Pakhi console him. Anupama doesn’t know which way to go.

She asks Samar to leave her alone for some time. He makes her promise that she will take care of herself and come back soon. She promises him and goes to cross the painful journey alone. Samar questions the God on seeing his mother in so much pain. He prays that Anupama gets the strength to deal with the pain. Anuj calls Anupama, who doesn’t take his call. Anuj then calls Samar to know about her. Samar tells that Anupama is okay. He adds that Anupama left the house.

Elsewhere, Leela and Vanraj aren’t able to accept that Anupama left them so easily. Paritosh didn’t expect this from her. Kavya asks them what they want, it’s better that Anupama left, there will be peace in the house than the daily drama. She doesn’t think anything can change with Anupama’s leaving. Anuj looks for Anupama at the place where Samar calls him. Anuj misses to see her. Anupama returns to her parents house. Her family is proud that Anupama has chosen her esteem over everything. They want her to leave her life on her terms, without the external pressure from Leela and Vanraj.

Moreover, Vanraj shows his annoyance over Anupama’s sudden leaving. Kavya isn’t able to understand what he actually wants. She wishes their lives to come on the track. Vanraj removes Anupama’s signs from the house. He tells that nobody will be mentioning Anupama’s name in the house from now on. Kavya wants Vanraj to follow this rule himself first. In conclusion, Anupama gains self-confidence and strength. Anupama and Samar try hard to stay joyful. They sing and dance with the family. Anupama’s mother is really happy that her daughter finally got rid of the Shah family. Will Anuj find a way into Anupama’s life now? Will Anuj and Anupama’s amazing future be possible? Keep reading.

Reviewed Rating for Anupama 30th October 2021 Written Update Perfect Anu: 5/5 This rating is solely based on the opinion of the writer. You may post your own take on the show in the comment section below. 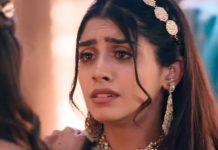