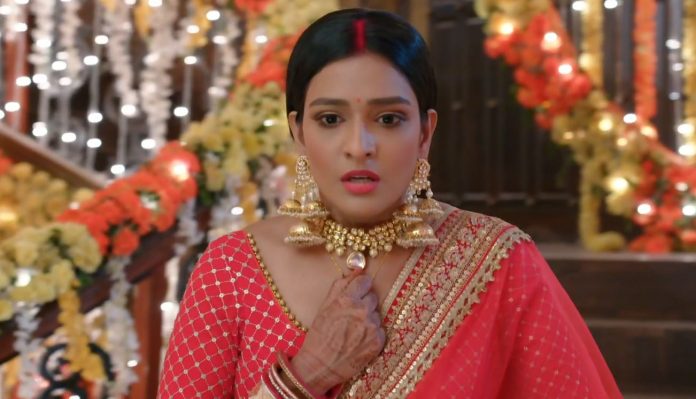 Bhagya Lakshmi 2nd November 2021 Written Update Rishi mad rage Rishi reaches Malishka in a rush to break her Karwachauth fast. She didn’t keep the fast, but behaves like she was dying with hunger. She yells at him for leaving her hungry in the state of fast and rushing home to his wife Lakshmi. She adds that Lakshmi always doubts on him, she is just acting to be a good wife and good bahu, she is only faking it by her big talks. She tells that Lakshmi’s talks about pure relations and vows are just nonsense. Rishi can’t believe that Lakshmi was suspecting him, but didn’t come to ask him anything.

He goes home and checks his room. He finds Malishka and his pictures with Lakshmi’s stuff. Malishka tells Kiran that she instigated Rishi by telling him that Lakshmi is doubting him to have an affair. Rishi is moved and confronts Lakshmi for her drama. He asks her why did she act as a good wife when she isn’t such. Lakshmi is stunned by his remark. He calls Malishka to share his finds. She asks him to break the marriage and sort out everything for them.

Rishi tells her that Lakshmi’s family has gifted him the gold chain on the day of marriage. He angrily breaks it and throws it away, showing Malishka that he has thrown away his relation with Lakshmi as well. Lakshmi senses that she lost something dear. She gets tensed and sheds tears, unaware of what Rishi just did. Will Lakshmi find the chain and realize Rishi’s rage? Keep reading.

Reviewed Rating for Bhagya Lakshmi 2nd November 2021 Written Update Rishi mad rage: 3/5 This rating is solely based on the opinion of the writer. You may post your own take on the show in the comment section below.