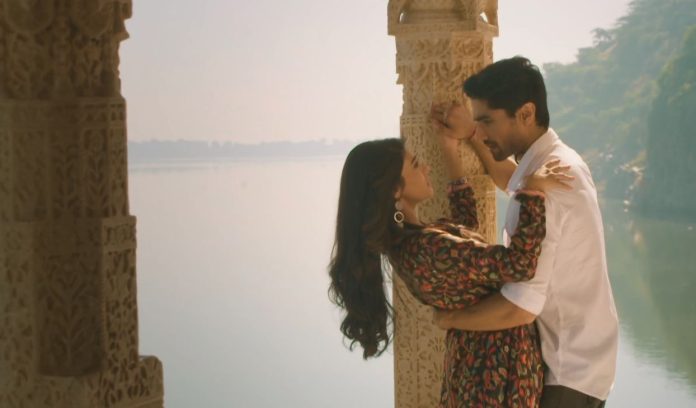 Yeh Rishta 1st November 2021 Written Update Magical love Abhimanyu decides to go for the festival with his brother. Its the same festival where Akshara and Aarohi are going to the same festival with Kairav and Vansh. Goenka kids also have a trip planned there. Aarohi has promised Aarohi that she will be leaving from the house and never return once Aarohi spends three days with her on their trip. Aarohi hates her, and wants her away. She agrees to go on the trip with Akshu just to never see her again. Abhimanyu’s siblings wish him all the best.

They want him to find a girl for himself. Abhimanyu doesn’t think he will fall for any girl like that. He doesn’t believe in love at first sight. Abhimanyu and Harsh get into a surprising argument before his departure. The way Harsh accepts his leave and wishes him to enjoy the trip, leaving him surprised. Akshu spends time with the family, whom she will miss a lot. Akshu makes sweets for the family, who wonder if she is going away for a long time that she decided to leave sweet memories for them. Akshu tells them that she will be back soon. She remembers her promise to Aarohi. Manjiri wishes that love finds a way to Abhimanyu’s pure heart.

Abhimanyu stays disturbed by Akshu’s voice. He wants to get away from her voice that’s following him everywhere. Akshu grows emotional with the thought that she is going away from the family. Aarohi thinks Akshu does everything to seek the family’s attention. Dadi and kids have a light moment. Suwarna and Dadi decide to go along with the young gang. Dadi tells that she is equally young like them. She plans to have good pictures with them.

Akshu and Aarohi have a talk about Abhimanyu, who just passes by their care. Akshu gets a rose from Abhimanyu’s side accidentally. He doesn’t realize that the rose given by Manjiri has reached the right place. The rose then finds a way to reach Aarohi. This signifies the love triangle forming between them. Aarohi wishes to meet Abhimanyu once she returns home. Dadi leaves the young gang to enjoy themselves. Dadi and Suwarna leave them midway and go for their Satsang program. Akshu and Aarohi don’t realize that Abhimanyu is going to enter their lives. They don’t sight him. Aarohi refuses to share the room with Akshu at the resort.

Kairav asks Aarohi not to hurt them by her hatred. He wants Aarohi to keep their hearts by being nice to Akshu. Aarohi obeys him. Akshu asks Aarohi to tolerate her for three days. Aarohi agrees to adjust for three days. She threatens to end their namesake relation as well if she finds Akshu around on the fourth day. Akshu gets remorseful on her life’s situation. She sings out to pacify her bruised heart. Abhimanyu is also staying at the same resort. He hears Akshu singing nearby. He tracks her on confirming that she is really there. He finally runs a mile to reach Akshu. He wants to see her face once. He goes close to her while she sings.

He sees her and falls in love at first sight. Akshu falls in his arms when she accidentally slips. Abhimanyu feels love for her. His heart starts beating for her. He is lost seeing her. She is thankful to him that he saved her in time. He tells her that he exists just for her. She doesn’t understand the flirting. Abhimanyu falls for Akshu totally. Her voice touches his heart and soul. He feels she is the one for him. Abhimanyu soon meets Akshu’s siblings to bond with them as well. He grows interested in Akshu further, and befriends her. Abhimanyu is actually on Aarohi’s wishlist. Aarohi gets more against Akshu when she finds the latter winning Abhimanyu’s heart. Keep reading.

Reviewed Rating for Yeh Rishta 1st November 2021 Written Update Magical love: 5/5 This rating is solely based on the opinion of the writer. You may post your own take on the show in the comment section below.