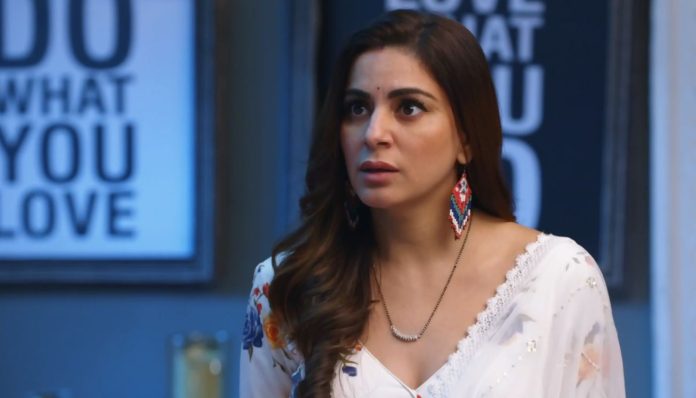 Kundali Bhagya 3rd November 2021 Written Update Preeta master move Preeta fails Prithvi’s plans when he attempts to poison Sandeep and kill him. He doesn’t know that Preeta has changed the vial of poison just in time. He injects Sandeep and thinks its the poison he personally brought for Sandeep. He bids a bye to Sandeep and asks him to die in peace. He goes away. He comes back to find his ring which fell down there in the ward when he was madly looking for a syringe. He gets to look through the glass window. He realized that Sandeep is not on his bed, he is missing, but it can’t happen without someone’s help.

He realizes that someone is around. He looks around to find out. He has already taken care of Shilpa and Sudeepa, and fainted them down. Prithvi gets to see Preeta, who is moving Sandeep to a safer location. He is a fan of Preeta’s daringness, but wishes that she doesn’t show her bravery and smartness against him. He goes after Preeta to stop her, but she leaves with an unconscious Sameer in no time.

Preeta brings Sandeep home. She tells Sameer, Rakhi and Shrishti that Prithvi had attempted to kill Sandeep by injecting the poison, but luckily she reaches there in time and saved Sandeep by changing the vial. She tells them that they have to take care of Sandeep and then take him to the court in the morning, since his statement against Prithvi will help Rishabh get free.

She asks Rakhi to control her anger for one day, and then slap or beat Prithvi, once he gets arrested. She tells that they shall not let Prithvi know that Sandeep is in Luthra house. She asks them to keep a watch on Sandeep and guard him all the night. Rakhi can’t believe that Prithvi can get so dangerous. Preeta asks her team to help her save Rishabh. Prithvi realizes that Preeta has brought Sandeep home.

He gets to see Preeta, who acts weird to cover up her truth. Prithvi follows her to find Sandeep. He swears to save himself and not lose to Preeta, since he isn’t made to lose to anyone. He tells that he isn’t habitual to lose, and he can’t accept that someone else wins over him. He vows to fail Preeta’s plans of saving Sandeep and Rishabh. He decides to get rid of Sandeep, even if he has to kill Sandeep in the Luthra house. Prithvi will go to kill Sandeep, who will be used as a bait to expose Prithvi’s truth. Preeta and entire Luthras will get to see Prithvi’s evil face when he goes to commit a crime like murder. Prithvi will be badly caught this time. Seriously, enough of the dragging track. Will Preeta really win this time? Comment your views and keep reading.

Prithvi injects the assumed poison to Sandeep. He tells that a person’s life and death is in his hands. He gets happy that his plan finally worked and he got rid of Sandeep. Preeta lets him stay in his boast-off zone. Prithvi finds his ring missing. He can’t leave any proof against him. Preeta tries to wake up Sandeep. She tells him that nothing has happened to him, the multi-vitamins injection will just boost his immunity. She wants to take him before Prithvi comes back. Prithvi comes to look for his ring.

He wonders where did Sandeep go. He goes to look out of the window. He sees Preeta taking the staff’s help to get away with Sandeep. Preeta leaves in the ambulance. Prithvi runs to find some way. He stops to find his ring first. He doesn’t want to fall into any problem. He gets his ring and leaves from the hospital. He can’t believe that Preeta cheated him. He shouts on himself. He realizes that Preeta was hiding in the ward, she had seen him into the evil act and still didn’t confront or stop him. He wants to know why didn’t she tell his truth to the Luthras. He tells that its important for him to know where did Preeta take Sandeep. Knowing how important is Sandeep for them, Preeta brings him home.

She tells Rakhi about the risky situation. Rakhi tells that they could have come along and helped her. Preeta asks them to hide Sandeep first. She tells that Prithvi shouldn’t know about Sandeep’s presence, he doesn’t know anything till now, but he is really cunning, he can find out some how. She asks them to stay alert of Prithvi. She goes to shut the main door. Prithvi comes home and stops Preeta. He knows that she isn’t revealing the truth to him. He likes the game she is playing. He plays along and asks her the reason for her numerous worries. He asks her if she is hiding something.

She doesn’t answer him. He confronts her to make her speak out, but she still denies of knowing anything. He tells that she is amazing to pretend innocent. He adds that he has seen her taking Sandeep out of the hospital and leaving in the ambulance. She tells that she doesn’t know anything. He tells that he can never be wrong when its about her, he can identify her in a crowd also, because she reigns the throne of his heart. He threatens her again in a sugar-coated way. He tells that he had fainted Shilpa and Sudeepa, and later understood that Preeta is the savior of Sandeep. He asks her where did she keep Sandeep.

Prithvi tells that he is scared of her, since she has angered him. She asks him to get afraid for his own self. She threatens that she will not spare him. She gets mad to oppose him. She tells that she will take him towards his end. He asks her to go ahead and do anything she wants, but he will not spare Rishabh. He promises that Rishabh won’t come out of the jail. She tells that he is kiddish to say the illogical things. She tells him that Rishabh will be free of the attempt to murder charges, while Prithvi will go behind the bars to serve the punishment for his crimes. She wants him to go too far from the Luthra family. He gets enough of her. She doesn’t tell him about Sandeep.

He grows worries recalling Preeta’s solid threatening. Kritika asks him where did he go without informing her. He asks her not to question him. He acts charming once again and pleases Kritika. He lies to her. He wonders how to get rid of Sandeep. He knows that his life can blast if he spares Sandeep. He wishes Sherlyn was here to give him some great idea. He fails to call Sherlyn. He is very sure that Preeta got Sandeep home. He goes to find Sandeep in the house. Kritika feels sorry that he is tensed because of the business. Preeta goes to Rakhi and tells that Prithvi is back, he knows that she is aware of his truth, but he doesn’t know that even Rakhi is aware.

Reviewed Rating for Kundali Bhagya 3rd November 2021 Written Update Hurray Preeta: 3/5 This rating is solely based on the opinion of the writer. You may post your own take on the show in the comment section below.