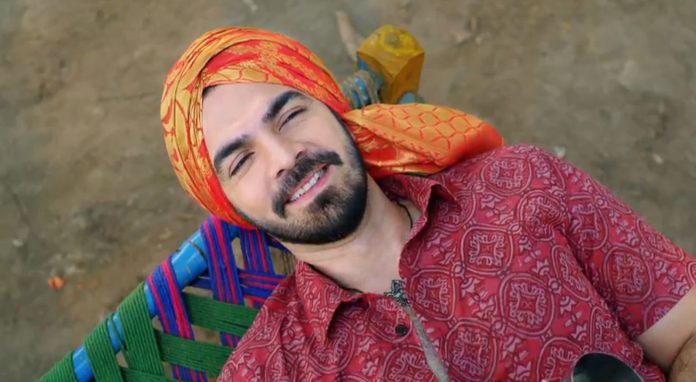 Udaariyaan 3rd November 2021 Written Update Angad loves Tejo Gurpreet pleads to Tejo to tell the truth to Fateh. She tells that Fateh deserves to know the truth of Jasmin, and he should then decide about marrying Jasmin or not. She tells that she knows her son, he will not marry Jasmin once he knows that she isn’t worthy of him. Tejo really wants to tell Fateh about Jasmin’s numerous evils. She knows that Jasmin isn’t in control, because the latter has stolen the passports as well. The passports were the proof against Jasmin. She could have told Fateh and showed the evidences as well. She realizes that Jasmin has once again used Fateh for her evil plans.

She recalls the way Jasmin planted the dead rat in the room, and also the big crime to harm Khushbeer. She knows that Jasmin can do anything, after all Jasmin has burnt Rupy’s passport. She is also sure that Fateh’s love for Jasmin is a big mistake, which soon needs to be rectified. She has always covered up Jasmin’s crimes, even the one when Jasmin leaked the exam question papers and risked the future of so many students. Tejo still doesn’t know that Jass came back in her life because of Jasmin.

Fateh is thankful to Tejo for bringing him out of the jail and defamation phase. He is glad that Angad’s partnership is helping them regain their lost name. He promises to fix everything, but Tejo demands him to be sincere in his friendship. He accepts that he was wrong and disloyal, but she was always honest and sincere in their relation. She is confused that she isn’t able to tell him the truth. She adds that she left the things on fate, she wanted him to find the truth on his own, but she has to do her duty of being a honest friend for him.

She keeps her sincerity intact and comes out with Jasmin’s truth. She tells him Jasmin’s truth. Fateh soon calls Jasmin there and confronts her. He asks her whatever Tejo is saying against her is true or not. Jasmin is shell shocked by the sudden confrontation. Fateh knows that Jasmin had cleanly lied to him on the day of Karwachauth. He tells her that if he knows more of her lies, then he is sorry but he can’t believe her ever again. He demands the truth from Jasmin. Jasmin is at a loss of words. Tejo stays right there to see what explanation or story Jasmin comes up with. Will Fateh really catch Jasmin’s lies and get to see her true face?

On the other hand, Angad feels lucky to meet Tejo. He develops a liking for her, after seeing her unique personality. He likes the way she handles everything single-handedly. He feels its good that Tejo is getting divorced, she has come into his life, its better late than never. He has complains with his fate that he didn’t meet Tejo before, if he had met her before, then he would have married her. Angad falls for Tejo. Tejo’s life is still tangled because of Fateh and Jasmin. Does Angad stand a fair chance to enter Tejo’s life? Don’t you think Tejo and Angad are deserving of each other? They look perfect together. Comment your views. Keep reading.

Tejo tells Fateh that she doesn’t want to regret later by keeping the truth to herself about Jasmin. She wants him to know everything. She tells Fateh that Jasmin is her sister and she knows her really well. She adds about Jasmin’s childhood dream and madness for Canada, which she can’t leave for anyone. She tells Fateh that he can’t be silly to believe Jasmin that she left her Canada dreams for the sake of his love. Fateh tells her that Jasmin indeed loves him. Jasmin happens to come there and watches them from far. She hears Tejo going to tell her truth to Fateh and runs to interrupt them.

She rebukes Tejo for being jealous and wanting to call off the divorce just to snatch Fateh from her once again. She yells at Tejo like anything. Fateh believes Tejo, knowing she is really honest. He gives a chance to Tejo to say whatever she wants to. He asks Jasmin to shut up and not stop Tejo. Jasmin gets anxious. She tells Tejo that she will not let Tejo spread the poison in their relation. She asks Tejo to just leave. Tejo is unstoppable this time. She is determined to tell the truth to Fateh. Fateh asks Tejo what is bothering her about Jasmin. He tells how he has seen Jasmin’s true love himself when she left her dreams and burnt the passport in front of him.

Jasmin tells him that Tejo can’t see them happy together, she is just making him against her for her own selfish gains. She tells that Tejo wants Fateh back from her. Fateh asks her to stop interfering. He listens to Tejo. Tejo tells him the truth behind the burnt passport. She tells him that Jasmin never burnt her passport, she had burnt Rupy’s passport in front of him to prove her fake love. Tejo tells him how Jasmin tricked him and got the locker keys from him to steal the passports. She asks him to call Rupy and ask him the truth if he wants. She tells that Rupy won’t lie to him. Fateh is shocked. He asks Jasmin to tell him the truth. He tells that he won’t be able to trust her if she lies to him this time. He asks Jasmin to admit it.

Jasmin doesn’t say anything. She cries and makes Fateh know the truth. He is angered that Jasmin lied to him. He feels like a big fool and goes away. Jasmin tries to stop him and explain. He doesn’t listen to her. Jasmin runs to vent her anger on Tejo. She goes non-stop accusing and insulting Tejo for her still interest in Fateh. Tejo rebukes her for her bad thinking. She gives a tight slap to Jasmin when the latter crosses limits. Jasmin challenges her that Fateh will marry her, by divorcing Tejo. Jasmin tells Tejo that she can’t snatch her love. Jasmin berates her for her attempts to get back in Fateh’s life. She thinks Tejo will not divorce Fateh. She gets worried and cries. She tells that she will convince Fateh to marry her, by divorcing Tejo at the earliest. Tejo doesn’t want to hear any of the nonsense from Jasmin. She ousts her from the room.

The entire Virk family is worried for Fateh and Tejo’s divorce hearing due on the next day. They so wish that the divorce doesn’t happen and Tejo always stay in Fateh’s life. Gurpreet tells Khushbeer that she made a request to Tejo to save Fateh from the cunning Jasmin. Simran tells that she has seen Fateh leaving the house in anger, and not listening to Jasmin, Tejo would have told him the truth. They are hopeful that Tejo and Fateh don’t take the divorce, else it will be a victory for evil Jasmin.

Jasmin and Tejo hear the family discussion about the divorce. Jasmin doesn’t want Fateh to change his mind about the divorce because of his annoyance. She wants to talk to him once and convince him, but he doesn’t answer her calls. He doesn’t return home at night. Tejo is worried that he will have a heartbreak if he knows Jasmin’s entire truth. She has advised Jasmin to admit her entire truth to Fateh and apologize to him to win back his love.

She is sure that Fateh will forgive Jasmin if the latter comes out with the truth. Tejo just wishes that he doesn’t lose his faith on his true love. She knows how much it hurts. She wants Fateh to get his love. Fateh stays away from the family, who awaits him eagerly. The Virks wonder where did Fateh go that he didn’t even come for the divorce hearing. They wish that Fateh doesn’t land up at the court. They know that Fateh’s absence will postpone the hearing. They stay hopeful that Fateh has changed his mind and went away just to avoid his divorce.

Tejo and Jasmin want to know where did Fateh go. Tejo calls him, but he doesn’t answer even her calls. Lawyer tells the family that they can’t wait for Fateh further. Everyone tries to find him some how. Tejo wishes just the good for her friend. At the court, Fateh doesn’t appear and keeps the family waiting. Jasmin rushes to find him and convince him for the divorce. The family pray that Jasmin doesn’t find Fateh in time. Tejo requests the lawyer to grant them some time to find Fateh. Tejo learns about Fateh through Angad. Will Fateh and Tejo get divorced? Keep reading.

Reviewed Rating for Udaariyaan 3rd November 2021 Written Update Angad loves Tejo: 5/5 This rating is solely based on the opinion of the writer. You may post your own take on the show in the comment section below.