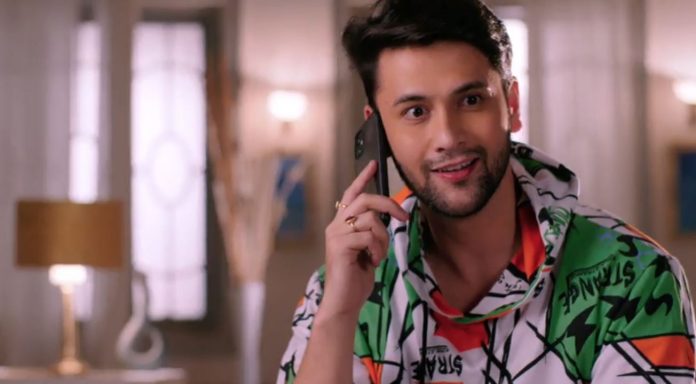 Sasural Simar Ka 4th November 2021 Written Update Samar’s entry Badimaa tells Indu that she is going with a hope that she doesn’t need to show the right path to Simar again. Indu tells that Simar didn’t lose her path. She asks Badimaa not to worry for Simar from now. Badimaa tells that Reema is still her bahu, they are still relatives. She tells that her family respect is still connected with them. She asks them to understand that Simar will be defamed if she keeps any illegitimate relation with Aarav. She assures that she will explain Aarav and he will agree as well.

Indu tells that they aren’t scared of threatening, they are just scared of Mata Rani, who shows them the right way. Badimaa accepts the offerings of the prayers from Indu. After Badimaa leaves, Simar gets questioned by her dad if she is still meeting Aarav. Simar is speechless. Aarav cries out his pain in front of Yamini. He tells that he had to come out of the dream, it was a beautiful dream and it broke, Simar can’t be of him. He tells that he will die without Simar. Yamini cries seeing his pain. She consoles him.

She asks him to give a chance to Simar to move on and stay happy. He tells that he is ready to do anything for Simar’s happiness. He asks the plan. Simar imagines Aarav, who asks her to answer her parents if their relation still has something left. Simar’s dad can’t tolerate anyone staining her character. He feels chest pain. Simar and Indu worry for him. Simar tells that nobody can taunt her, she has no relation with Aarav now. He believes her. She tells that she will never meet Aarav. Yamini tells Aarav that he can produce a music album for Simar.

She adds that Simar has a golden voice, which touches souls, they have to make her voice reach the people. He agrees to become Simar’s secret savior. He tells that Simar can refuse to work with him. She replies that Simar won’t be knowing this. She tells that they have to make Simar record an amazing debut album. She wants Simar to just move ahead in life. Aarav doesn’t know about singing and music. Yamini assures that she will handle everything, she knows a music composer who will guide the right path to Simar.

She praises Samar who is too perfect in his work and has won many awards in just six months. Aarav asks her to call him and talk to him. She tells that he will never refuse to her. She calls Samar. She is his Gurumaa. He respects her a lot. She asks him if love has found a way in his life. Samar tells that he will not ruin his life for love. He doesn’t like to bound himself or anyone else. Yamini tells that when true love comes in his life, then he can’t say this. He asks her if she found someone for him. Yamini tells that she got a project for him, that’s perfect for him. She summons him to the city. Yamini informs Aarav that Samar is coming, he is a storm that will take Simar to new heights. She finds their names sounding similar.

On the other hand, Reema brings Vivaan home. The family gets happy to see him back. Vivaan stays cold towards Reema. He suspects Chitra behind the conspiracy to kill Aarav. He meets the entire family. He asks for Aarav. He tells that Aarav isn’t the reason for his condition. Aarav returns home. He has an emotional moment with Vivaan. Vivaan asks Aarav not to blame herself. Vivaan goes to his room with Reema. Yamini calls Aarav. His phone falls down. He doesn’t let Badimaa see Yamini’s name flashing on the screen. He tells Badimaa that he had been finding peace. She asks him to stay home and support his brother. He replies that he will always keep his promise.

Reviewed Rating for Sasural Simar Ka 4th November 2021 Written Update Samar’s entry: 5/5 This rating is solely based on the opinion of the writer. You may post your own take on the show in the comment section below.