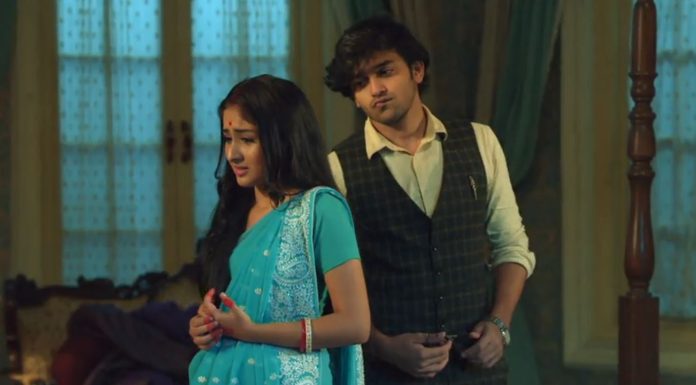 Barrister Babu 5th November 2021 Written Update Bondita probes Bondita sacrifices the feelings of her family to fight the evil customs of the society. She remembers how Trilochan threatened to cut off her ties, but she also remembers Anirudh’s words, who always encouraged her to fight for the rights of women and widows. He always wanted her voice to never stop. He wanted her to never stop her steps from moving forward. She doesn’t get back by Batuk’s stopping her, and remembers the old motivating Anirudh. Batuk feels she did the perfect thing to ease out his plan of ousting her from the house.

Batuk is glad that Trilochan will not support Bondita from now, once she disobeyed him. He tells that Trilochan also won’t fight for Bondita’s rights. He plans to oust her once she delivers the baby. Bondita goes to the court to fight for the widow rights. She wins the case. Trilochan gets angry seeing the way Bondita gets applauded by the villagers. He vents anger on the villagers. Bondita pleads to Trilochan. She also promises to never disobey him from now. She promises that she will not fight any case until she brings the baby into the world.

On the other hand, Anirudh is still partially paralysed. He isn’t able to talk much, but can just take Bondita’s name. The old man asks him to mention his family name so that he can contact them and send Anirudh home. He also wishes that Anirudh recovers from the paralysis. Bondita gets upset. She loses the urge to have food. She faces Batuk’s madness once again, when he yells at her and asks her to have the food.

He comes across the white mushrooms which are mixed in the food by Mallika. Mallika wants Bondita’s baby to die, so that Batuk doesn’t have any reason to pretend as Anirudh. Mallika’s motive is to win Batuk over. She plans to go back to Italy with Batuk. Batuk finds out Mallika’s evil plan. He can’t let anything happen to his nephew. He stops Bondita from eating the mushrooms. He lies to Bondita to cover up his move. He tells that he will get fresh food for her good health. He then confronts Mallika for trying to kill Anirudh’s baby.

He threatens to kill her. She apologizes to him and tells that she will do as he wants. He wants her to leave his house right away. Mallika agrees to him. He packs her bags and drags her out of the house. Bondita gets suspicious but doesn’t catch them together. Batuk throws Mallika out of the house. He asks her to not come back if she wants to live. Later, Bondita confronts Batuk for his leaving at odd hours. She uses her rights to question his misbehavior. She suspects him further on seeing a lady’s hair on his clothes. He tells that it belongs to Bondita itself. He cleanly lies. She tells that she wants her answers to all the questions.

She questions the reason of his indifference. She wants to know if there is any other girl in his life. She finds a big change in him. Batuk comes up with an emotional drama and makes her apologize for suspecting his character, which is clean and pure. She tells that she will leave his life if he doesn’t love her. He asks her how can she doubt her love. He tells that she has hurt him a lot, her behavior hurts his self-respect and that’s the reason they are getting distant. He tells that he doesn’t like her rigidity. She makes an apology when he acts to get into pain because of her suspicion. She decides to find out what he is hiding from her.

Reviewed Rating for Barrister Babu 5th November 2021 Written Update Bondita probes: 4/5 This rating is solely based on the opinion of the writer. You may post your own take on the show in the comment section below.