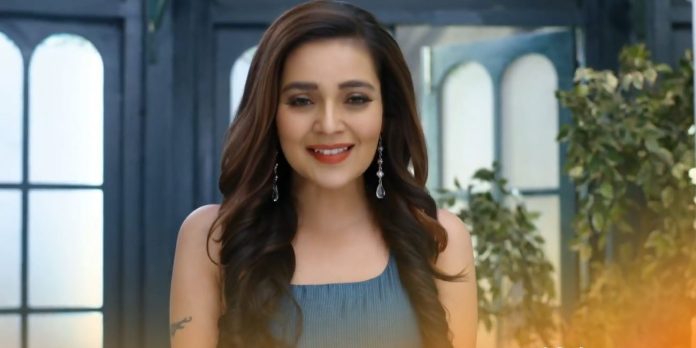 Kundali Bhagya 9th November 2021 Written Update Sona is back At the court, Sandeep gives his statement in favor of Rishabh and saves him. Rishabh gets freed from all the charges. The lawyer tells Mahesh that Preeta did the real miracle and saved Rishabh. Rishabh meets his entire family. He looks forward to go home with them, but thanks Preeta first. He asks for Karan. Karan arrives here at the court to meet Rishabh. Rakhi tells Preeta that they will celebrate Diwali happily this year. Karan praises Preeta for doing the best once again. He tells that he missed her.

She tells him that even she missed him. They have a hug. The family returns home. Preeta tells Rakhi that Kritika got heartbroken. She adds that everything went good, but just Kritika is affected. She wishes that Prithvi never comes out of the jail. Prithvi tells that Preeta did wrong with him, she ruined him when he loved her. He shouts that he will also hate her from now, and take revenge on her. Elsewhere, Sherlyn tells Sanjana that Preeta is coming to speak to her. She asks Sanjana to let her talk to Preeta alone.

Preeta meets them. She gives the good news that Rishabh is proved innocent, he has returned home. Sanjana thanks her for doing so much for Rishabh. She tells that Rakhi spoke to her and told her everything. Preeta thanks her for calling Sherlyn at her place. Sherlyn is happy to know that Rishabh is back. Preeta tells that she didn’t bring Sherlyn’s truth out for a reason. She wants Sherlyn to give happiness to Rishabh.

Sherlyn thanks her. Preeta tells that she felt that Sherlyn wants to change and be loving towards Rishabh. She wants them to be a happy couple. She tells that they both can make their lives better by uniting. She asks Sherlyn to tell her decision. She wants Sherlyn to return home if she thinks she deserves to be Rishabh’s wife. She forgives Sherlyn for all the past mistakes. Sherlyn also wants to give the deserved love and respect to Rishabh. Preeta asks her to come back if she can forget Prithvi.

Sherlyn tells that she has forgotten Prithvi, she really loves Rishabh, she wants to live with him, he had forgiven her. She tells her decision that she wants to move on in life with Rishabh. Preeta tells that she can’t see her family in trouble, Prithvi has broken Kritika’s heart, he broke the family’s trust. She doesn’t want Sherlyn to create any problems. She warns Sherlyn to never harm the family. Sherlyn seeks her trust. She promises to never do anything wrong with Luthras.

Preeta tells that she knows Sherlyn’s truth, while the Luthras love Sherlyn and trust her. She asks Sherlyn to come back to the Luthra house with the same love and trust. Sherlyn thanks her. Later, Sherlyn returns home and meets Rishabh and the Luthras. Rishabh also welcomes her in his life by forgiving her past. Sherlyn speaks to a lawyer. Rishabh overhears her talks and concludes that she is trying to get Prithvi bailed out. He questions her if she is still connected to Prithvi, if her apology was fake.

Sherlyn denies to have any connection with Prithvi. On the other hand, Sonakshi comes home and spoils the Rangoli made by Preeta. She finds Preeta and Shrishti taking a selfie with Pihu, and intervenes to tell Pihu that she loved her a lot and missed her. She tells Pihu that she is back just for her. Pihu replies that she doesn’t love her, since Sonakshi has spoiled Preeta’s Rangoli. Keep reading.

Karan and Preeta have sweet moments. He tells her that he was waiting for her. He asks her where is her focus. She apologizes. He asks her why did she go to meet Sherlyn. She lies that she went to meet Sanjana. He asks her not to lie. She tells that she is lying, because she didn’t want to tell him. Karan asks her not to say it if she will feel uncomfortable later. She calls him sensible and gives him a sweet kiss on his cheek. He stops her for romancing. She asks him not to talk about it again. He tells that he wants a big gift for the Diwali. She smiles when he flirts with her.

He asks her not to waste her energy in getting shy. He finds her really lovely. She finds him naughty. They both confess how much they missed each other. He takes her home. Preeta gets busy in the Diwali arrangements. She tells Kareena that guests will start coming. Rakhi asks Karan where is he going. Karan tells that Rishabh asked him to start the practice. Rishabh asks him to start the practice, but not today. Preeta asks the men to start the decorations. Rakhi asks Karan not to go anywhere and help Preeta in the work.

Preeta tells Girish that she will make the Rangoli, since just daughters and daughters-in-law make the Rangoli. Sherlyn arrives home. Preeta is glad to see her. Sherlyn wishes the family Happy Diwali and gives them sweets. She meets Rishabh. She tells that she is happy to see him back, she couldn’t meet him before because Sanjana wasn’t well. He enquires about Sanjana. Sanjana goes to her room. She receives a call which leaves her worried. She calls a lawyer to meet him for the important work.

She tells that she wants Prithvi to get bailed out some how. Rishabh comes to his room and overhears her conversation about Prithvi’s bail. He asks her why is she talking to the lawyer, if she wants to bail out Prithvi. She tells him that she was telling the lawyer that Prithvi will get the bail easily, she asked the lawyer to do something to cancel his bail. She knows he doubts him. Rishabh doubts her, but doesn’t want to disrespect her by questioning her.

Sherlyn didn’t change, and fooled PReeta and Rishabh again. Thankfully, Rishabh doesn’t believe her this time. He asks her to remember that he doesn’t tolerate lies. She asks him to trust her, she isn’t lying. He hopes that she doesn’t need to lie. She tells that she won’t get caught again, she will help Prithvi and bail him out. She plans to go and meet Prithvi. Preeta asks Pihu to come and make the Rangoli. Shrishti meets Preeta and surprises her. She tells that she doesn’t like staying at home, she likes to spend time with Pihu. She gives chocolates to Pihu. Preeta and Shrishti make the Rangoli.

Sonakshi asks Pihu to make Rangoli with her, but Pihu refuses. Shrishti leaves for home. Sonakshi keeps an eye on everyone. Preeta goes to the room to meet Karan and know the urgency. Karan wants to spend time with her. He tells that everyone is worried for Kritika. He gifts a dress to Preeta. He asks her to wear the dress on Diwali eve. She asks him not to waste money, she already has many new dresses. He tells that she is his wife, she deserves the best things.

He kisses her to get a return gift from her. Sonakshi keeps an eye on them. Pihu comes to seek their help for painting. Sonakshi checks the dress. Shrishti comes back to wish everyone Happy Diwali. Rishabh tells that he is going for shopping. Kareena asks Sameer to go and buy the gifts. Rishabh asks Sameer to go. Sameer asks Rishabh to come along. Shrishti and Sameer have an argument. He tells that she always taunts him. Shrishti tells that not everyone is caring like Rishabh. She asks Sameer not to get hyper. Rishabh asks them to stop fighting, and go for shopping together. Sonakshi replaces the dress in the box. She steals Preeta’s dress. What’s on Sonakshi’s mind? Stay tuned for next.

Reviewed Rating for Kundali Bhagya 9th November 2021 Written Update Sona is back: 5/5 This rating is solely based on the opinion of the writer. You may post your own take on the show in the comment section below.