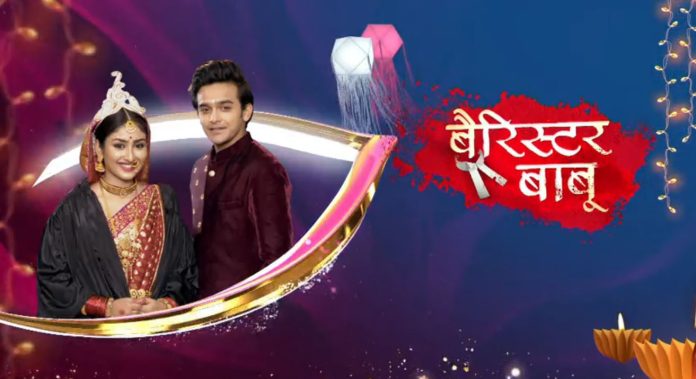 Barrister Babu 12th November 2021 Written Update Last Episode Bondita learns that Batuk has taken her babies. Nurse stops her from leaving in a weak condition. She tells the nurse that she isn’t weak, she can take the Durga avatar for the sake of her babies. Bondita goes home, only to get a blocked entry by Batuk. She hears Batuk shouting on the family. Batuk locks up the entire family, who pleads him not to separate the babies from Bondita.

Batuk tells Trilochan that he wanted to keep the babies at home with them, but Trilochan cheated him by changing his side. He decides to take the babies with him to Italy and raise them. He believes Bondita is Anirudh’s murderer and hates her. Bondita wants to stop Batuk. At the same time, Anirudh reaches Tulsipur. He crosses his way to reach home and surprise Bondita. Anirudh and Bondita’s awaited meet finally happens.

Batuk pours the kerosene on Bondita to burn her alive. He shouts that Anirudh had to marry her many years ago, when he had to save her from Sati rituals. He tells that she is still a widow and he will make her Sati today. He ignites the fire and leaves her to die. Anirudh reaches home and finds Bondita in the fire. Bondita gets surprised and happy to see Anirudh alive and back. He gets the water in the buckets and pours over the blazes to put off the fire. He saves Bondita from the fire.

She shares the good news with him about their twin babies. She adds that Batuk has gone mad in his anger and hatred, Batuk is snatching their babies. Anirudh shouts out to Batuk. He runs to break inside the house, and finds the huge chains on the door. Anirudh hammers to break the chains. He takes Bondita inside the house and also frees the family. Anirudh gets to see his twin babies. Batuk gets emotional on seeing Anirudh alive. Anirudh slaps him and rebukes him for his misdeeds. Keep reading.

Bondita pleads Batuk to get her babies back. He enjoys her plight and just stays laughing, shocking Trilochan and Sampoorna by his inhumane side. Sampoorna asks him if he can’t melt his heart hearing a mother’s plea. Batuk tells her that Bondita’s love is a drama. Trilochan tells that Bondita’s plan is really true, if she doesn’t meet her babies, then she will die. Batuk wants Bondita to die on her own. He tells Bondita that he will separate Bondita and the babies. He reminds them Anirudh saved Bondita from Sati and made her life, Anirudh fought for her life and helped her break the chains of the societal norms, but Bondita has destructed Anirudh’s life.

He tells that Bondita got the fame by becoming a barrister and soon replaced Anirudh in Tulsipur. He doesn’t think Bondita can break the chains set by him. He wants her to die. He tells that he will take the babies with him and give them love. Bondita lies in pain and weeps on hearing Batuk’s hatred for her. She gets to hear the babies crying. She gains strength to fightback. She asks Batuk to let her meet her babies. She makes prayers to save her babies. She finds a hammer. She attempts to break the door.

Trilochan wishes that she succeeds. Sampoorna also wants a mother to win today. Batuk asks them to love Bondita as much as they want. Batuk finds Bondita trying to reach the babies, that belong to Anirudh. She asks Batuk to return her babies. She threatens to break any wall or door to reach her babies. Batuk doesn’t think she can do anything. 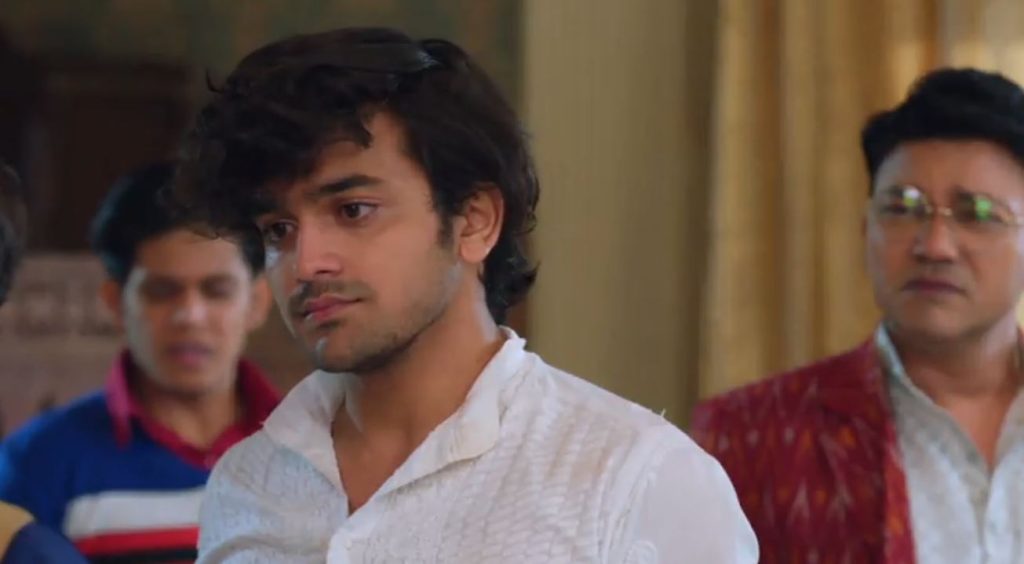 Trilochan warns Batuk to stop himself and also the destruction. Sampoona asks Batuk not to challenge a mother. She also adds that Batuk can’t stop Bondita from meeting her babies. Batuk speaks to Bondita by going to the terrace. He asks Bondita to cross the fire and show him. He ignites the fire around her. He tells that Anirudh had to marry her to save her from Sati. He takes revenge in her by completing the Sati rituals. Bondita turns helpless stuck in the fire ring. She shouts for help.

Batuk enjoys to see her burning by the fire sparks. Anirudh happily reaches home with a smile on his face. He gets to see Bondita amidst the fire. Anirudh’s arrival gets unimaginable for Bondita. Anirudh and Bondita meet in the dramatic moment. Anirudh with difficulty leaves his wheelchair and stands on his feet. He runs to Bondita. She is grateful that her faith was true that Anirudh is alive. Anirudh puts off the fire. He frees Bondita from the fire ring. He proves that his love for her will never end. He is ready to die to save her. Bondita cries seeing him with happiness.

They have an emotional union. He asks the reason for the lock on the door. She asks him to save their babies. He doesn’t understand. She gives the news that he has become a father of their twin babies. She shocks him stating that Batuk is snatching their babies to take revenge on her, Batuk holds her responsible for his/Anirudh’s death. She narrates the series of events that occurred in Anirudh’s absence. Anirudh fights again, this time for his babies. Bondita is extremely happy to see the old Anirudh back. They both hammer the door and get through. Anirudh and Bondita see their babies for the first time. They get too happy. Trilochan frees himself from the lock. The family is happy to see Anirudh back.

Batuk reaches down from the terrace. He gets overjoyed to see his brother alive. Anirudh punishes him by cutting off their ties. He slaps Batuk. He asks Batuk to leave the house, after all he did too wrong with his family. Batuk leaves without saying a word. Sampoorna blesses Anirudh and Bondita, and their babies. Trilochan and Bondita thank Durga Maa for sending Anirudh back. They take the babies to Durga Maa. They seek the blessings. Anirudh and Bondita pray that their babies also raise a voice against the bad customs of the society by becoming Barrister Babu. That’s the very paced End of Barrister Babu.

Reviewed Rating for Barrister Babu 12th November 2021 Written Update Last Episode: 5/5 A good show ended just after completing 400 episodes, while many shows lacking a proper story run for thousands of episodes. Barrister Babu deserved to run longer. This rating is solely based on the opinion of the writer. You may post your own take on the show in the comment section below.