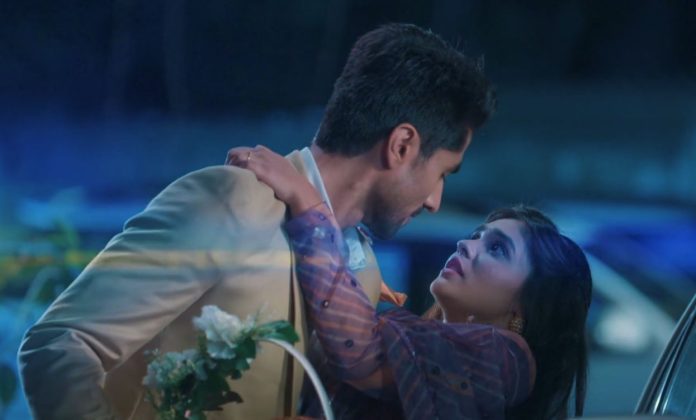 Yeh Rishta 11th November 2021 Written Update Wedding proposal Harshvardhan says okay to Abhimanyu. Abhimanyu requests Birla elders to not tell anything to his cousins otherwise they will tease him. He further says first he wants the consent of his love about marriage. Anand jokes that Abhimanyu became his to be wife’s puppet before marriage. Abhimanyu feels shy and leaves. Harshvardhan tells Anand and Mahima that the girl Abhimanyu loves is a doctor. He says that they want to proceed with Abhimanyu’s marriage as soon as possible as they too like the girl.

Anand and Harshvardhan praise Manjari for finding a good girl for Abhimanyu. Anand taunts Mahima to learn something from Manjari and try to resolve her son’s marital fights. Manjari says she can’t make a mistake in choosing the girl for Abhimanyu. She also says when her doctor daughter-in-law will come, both of them will handle the house together. Manjari clears herself saying that she will handle the house and her daughter in law will handle the Birla hospital. This makes Mahima feel angry. Abhimanyu lights crackers with his cousins and imagines Akshara with him.

Abhimanyu wishes Happy Dhanteras to imaginary Akshara. He gets distracted by his sister. Mahima smirks seeing Akshara’s picture on Abhimanyu’s mobile wallpaper and home screen. She asks Abhimanyu the name of the girl on his home screen. Abhimanyu answers Akshara Goenka. Mahima gets happy with Manjari and Abhimanyu’s confusion. She thinks only she will only rule the Birla family and house. On the other side, Swarna helps Akshara with her saree. Akshara asks Swarna how she feels comfortable in saree? Swarna makes Akshara smile by reciting a funny incident from her and Manish’s past regarding saree and marriage.

On the other hand, Abhimanyu gets ready to go and talk to Akshara about marriage. His cousins tease him when they get to know that he likes someone a lot. Harshvardhan feels happy for Abhimanyu, which makes the latter shocked. Manjari asks Abhimanyu to leave and bring good news soon. She asks him to bring his love’s ring size for an engagement ring. Abhimanyu’s cousins and sister in law ask him to show them the picture of the girl he likes. Before Abhimanyu could show Akshara’s picture to his cousins, he gets interrupted by Mahima.

Aarohi says to Abhimanyu that she knew it, they will meet again after the trip. Abhimanyu says his life too changed after the trip. He informs her that he is reaching her house to deepen the relationship between Birlas and Goenkas. Aarohi excitedly asks him what he means? He disconnects the call saying he will explain everything after reaching Goenka house. Akshara gets a voice note from Abhimanyu and goes aside to hear it excitedly. She hears the voice note in which Abhimanyu tells her that he is coming to her house to talk about something important to her elders.

The voice note continues where Abhimanyu says he wants to bring relations close on a good day like Dhanteras. He further says that two people together can also build relationships with each other. At last, Abhimanyu tells he will reach Goenka house in 10 minutes. Aarohi on the other side, thinks that Abhimanyu is coming to ask her hand for marriage from Goenka elders. She gets more excited thinking of her and Abhimanyu being together. Aarohi also thinks that Abhimanyu may be coming for some other work too.

Akshara on the other side thinks Abhimanyu is coming to talk to Goenkas about marriage. She further thinks Abhimanyu can’t come to talk about marriage so soon and without his family. Aarohi thinks she will get what she wants. She collides with Vansh and asks him what she should wear. Akshara collides with Kairav and asks him if she is looking good. Kairav asks her why she is asking him such things, what happened to her? Vansh also asks Aarohi why she is asking him outfit questions? Aarohi makes an excuse that she wants to send a picture of her for a college book.

Vansh asks Aarohi to send her pictures in the dress she is wearing and she may get good marriage proposals from doctors after this. He increases Aarohi’s hope to marry Abhimanyu. Aarohi thinks she needs only the best in her life. Akshara asks Kairav what love feels like? Kairav gets confused about what Akshara is talking about? He wonders if Akshara fell for someone? Next, Akshara’s saree gets stuck in the car door when she goes to bring medicine asked by Suhasini or Swarna. Abhimanyu reaches outside Goenka house. He goes to help Akshara and the latter falls in Abhimanyu’s arms. Akshara’s saree comes out from the car door.

Abhimanyu tells Akshara she is looking like a newlywed bride. Akshara runs feeling shy. She stops and asks Abhimanyu to come inside as everyone is waiting for him inside. Abhimanyu smiles and says operation rishta continues. In the next episode, both Akshara and Aarohi will get ready in blue lehengas for Abhimanyu. Akshara will ward off the evil eye from Aarohi and hug her. Whole Birla family will also be seen present in Goenka house. Abhimanyu will get mesmerized seeing Akshara. Aarohi will forward her hand towards Abhimanyu to let him make her wear the engagement ring. Abhimanyu will reveal that he loves Akshara not Aarohi. This will shock Goenkas as well as Birlas.

Reviewed Rating for Yeh Rishta 11th November 2021 Written Update Wedding proposal: 5/5 This rating is solely based on the opinion of the writer. You may post your own take on the show in the comment section below.