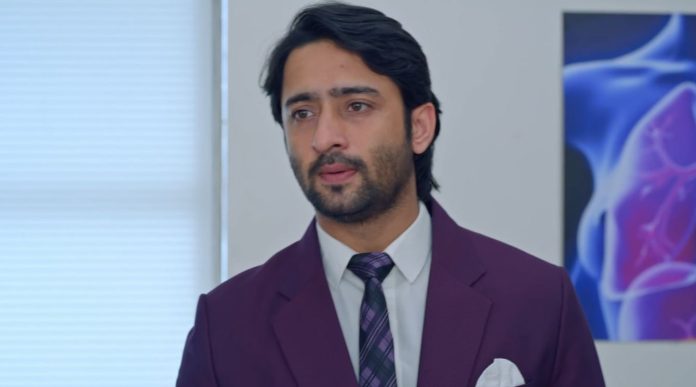 Kuch Rang Pyar Ke 12th November 2021 Written Update Dev’s surprise Dev collects all the files handled by Sanjana and gives it to his family members and lawyers to go through it. Sonakshi informs Dev that nothing suspicious is found. Dev tells Sonakshi to not give up without completing all the files. They find some shocking news from Sanjana’s friend, Reena. Sonakshi comes to know that Sanjana is planning to harm her father and his photograph is with her. Sonakshi is shocked to know how her father’s picture landed up with Sanjana. Reena had sensed that something was wrong and had come to Dev’s office to tell him the truth but Sanjana took a promise from her to not tell Dev anything.

When Reena came to know what Sanjana is up to then she reveals everything about Sanjana’s intention. Dev gets upset and throws away the files. Saurabh gets his mother’s picture and asks from which file it fell down. Dev says that Asha’s pictures were collected for the Asha foundation project. Sonakshi remembers that Sanjana had come to their house to speak about the Asha foundation with her father and feels that Bijoy must have given her the photograph. Sonakshi, Neha and Dev connect the dots and feel that Sanjana was behind Bijoy’s accident.

Sonakshi is angry that Sanjana tried to kill Bijoy and prepares to go to the police. Dev asks Sonakshi to calm down as they do not have any evidence against Sanjana. Dev suggests his team to handle the situation patiently and gather some proof first. Dev says that they cannot prove what happened that day with Bijoy as there was no witness. He suggests checking CCTV cameras of the hospital to prove that Sanjana did something which made Bijoy go into a coma.

Their lawyer suggests that they cannot get CCTV footage of the hospital without the permission of the police or the court. Sonakshi and Dev see the CCTV footage of the hospital when Bijoy had slipped into the coma. They all see Sanjana touching Dev’s hair. The lawyer says that he has never seen such a double-faced hardcore criminal in his entire career. Sonakshi tells everyone that Bijoy was recovering and she went to call the doctor but later his oxygen mask was removed and his condition worsened. They all see Sanjana outside Bijoy’s room.

Dev asks his lawyer if they can use this footage to prove an attempt at murder but the lawyer denies it. Sonakshi says that Suhana’s hearing is on Monday and they need some proof. Saurabh gets a call from Ronita and he informs everyone that Bijoy has moved his fingers and eyelids. Ishwari prays to god to end all their problems and grant them happiness. Baldev consoles Ishwari that Dev and Sonakshi will handle the issue intelligently. Ishwari makes Sohana’s favorite breakfast and Sohana asks forgiveness from her for behaving badly when Aayush came into the house.

Ishwari forgives her. Baldev says that Sohana is the smartest member in the whole house. Sanjana is getting ready to be Dev’s bride when she gets a call from her lawyer. He informs her that Dev has filed a petition to extend Sohana’s hearing as Bijoy is recovering and may come out of Coma in a few days. Sanjana is shocked to hear this and remembers how she tried to kill Bijoy. Sanjana sees her bridal gown and feels that after reaching the final stage she cannot let anyone ruin it. Sonakshi tells Bijoy that he will recover and come home fast.

Sanjana comes to the hospital. Dev and Saurabh discuss that Bijoy will start speaking and tell everyone what happened that day. Sonakshi gets a call and goes out of the room. Sanjana tries to suffocate Bijoy with a pillow when Dev, Sonakshi and Saurabh come out of the hiding. Sanjana says she came to see Bijoy but Dev asks her not to cover up. Dev informs Sanjana that everything is recorded now. Sonakshi and Saurabh question Sanjana for trying to murder Bijoy. Sanjana says that she thought if Bijoy will die then Sonakshi and Dev’s relationship will break.

Sonakshi pushes Sanjana and snatches the knife from her. The police officials arrest Sanjana. Sanjana looks at Dev and says a quote about love. Sonakshi tells Sanjana she feels pity for her as she let her madness become heavy on her. Sonakshi suggests Sanjana to get therapy and lead a better life. Sonakshi and Dev hug each other. Dev thanks Ishwari for supporting him and Sonakshi throughout the problem and trusting them. Sonakshi also thanks Neha and Ishwari for their timely support. Ishwari says that all’s well that ends well. She adds that today the real meaning of a family is established.

Sohana tells Dev and Sonakshi that she wants to show them something. Sohana shows a family tree to all of them. Sohana says that she was not in Sonakshi’s tummy for 9 months but she is their princess for 9 years. Neha says that the family tree is not complete and writes plus one on the chart. Everyone is puzzled and Neha announces that she is pregnant. Dev, Sonakshi and Ishwari become very happy on hearing this good news. Neha says that she got to know about her pregnancy 3-4 weeks before but was not sure if she wanted a baby.

Neha confesses that whatever happened in the last few days made her realize that she should also start her family. Neha seeks forgiveness from Sonakshi for always taunting her and says that she also wishes to love her mother-in-law the same way Sonakshi loves Ishwari. Neha says that she has realized the value of things. Dev, Sonakshi, Neha and Ishwari hug each other. Dev gives a sweet surprise to Sonakshi. Dev praises Sonakshi for handling kids, Ishwari, him and the house beautifully. Dev showers Sonakshi with rose petals.

Sonakshi is very happy after getting this surprise. Dev recalls his first meeting with Sonakshi when flour fell on them. He informs Sonakshi that he wants to celebrate Sonakshi’s entry into his life by showering petals on her. Dev gives a rose to Sonakshi for tolerating him and being a good friend. Sonakshi says that it is her turn now and gives a rose to Dev for supporting her and maintaining closeness. Dev and Sonakshi indulge in some heavy romantic gestures and dance with each other. A few months later, Sonakshi gets ready and Radharani says that Dev might fall in love with her again.

Saurabh and Vikram make Dev dressed up which irritates him. Saurabh says that they are doing all these to make him look better than Sonakshi. Vikram sprays perfume in Dev’s eye mistakenly. Ishwari tells Vikram and Saurabh to dress Dev properly. Dev is confused. Subh, Sohana and Aayush are making rangoli and doing decorations for Dev and Sonakshi’s anniversary. Bijoy brings sweets for Ishwari and she says that she likes Bengali sweets. Bijoy feels that Ishwari likes Bengali sweets but not Bengali people. Dev and Sonakshi come dressed up in their best attire for the cake-cutting ceremony.

Saurabh tells Dev that how much ever they try he cannot look more beautiful than Sonakshi today. Everyone laughs. Aayush tells Neha that Sonakshi is looking very pretty. Neha asks Dev if Sonakshi looked beautiful during their marriage or today. Dev tells that Sonakshi is looking beautiful the same way her heart is and the way she has kept their home. Subh says that he along with Sohana and Aayush decorated the house. Dev praises him. Baldev and Radharani indulge in sweet bitter banter. Ishwari gives Dev’s hand in Sonakshi’s hand and says that their relationship won against time.

Dev calls the kids and they all along with Sonakshi blow the candles and cut the cake. Dev and Sonakshi feed each other cake and later feed the other family members. Dev and Sonakshi seek Bijoy’s blessings. Bijoy reveals that he feels good when Dev gets nervous around him. Aayush and Sohana request the elders to stop speaking. Sohana puts on the music and starts dancing with Aayush and Subh. Ishwari makes Dev and Sonakshi dance with each other. Sonakshi asks Dev that if she turns old then will he still give her surprises. Dev teases Sonakshi and she also in turn teases him a lot.

Dev tells Sonakshi that if she keeps smiling he will keep loving her and always surprising her. Dev and Sonakshi gift each other wrist watches. Sonakshi informs Dev that they know each other so well. Dev pokes fun at Sonakshi and she tickles him. Sohana calls Dev and Sonakshi to click a selfie with the entire family. The Dixit and Bose family click a cheerful selfie. The beautiful journey of Dev and Sonakshi’s love story has come to an end. Do you want Kuch Rang Pyaar Ke Aise Bhi Season 4? Keep reading.

Reviewed Rating for Kuch Rang Pyar Ke 12th November 2021 Written Update Dev’s surprise: 4/5 This rating is solely based on the opinion of the writer. You may post your own take on the show in the comment section below.