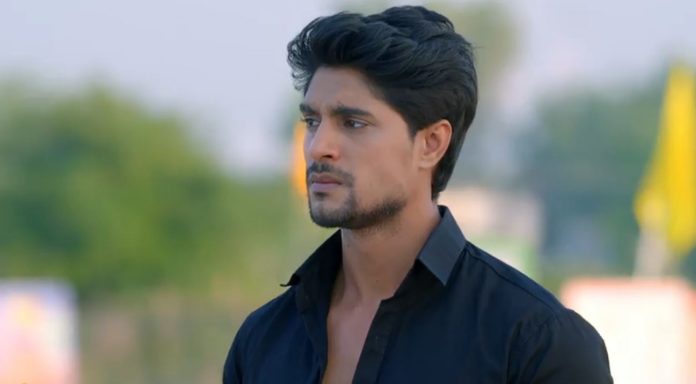 Udaariyaan 17th November 2021 Written Update Fateh goes violent Fateh reaches the academy. He finds Tejo disappointed and crying. He tries to know the matter from her, but she leaves in a rush. Tejo doesn’t want to share anything with Fateh. She avoids him. Next, Fateh sees Angad leaving from the academy. Fateh jumps onto a conclusion that Tejo is crying because of Angad, its Angad who told her something that made her cry. He follows Angad to his place. He misunderstands Angad. He angrily bashes up Angad to punish him for making Tejo cry. Angad and Fateh get into a brawl.

Angad asks Fateh by what right did he come to ask him about Tejo, how did he get so much concern for Tejo and her tears when he is the person who had hurt her the most. He accuses Fateh for disrespecting Tejo and her love. Tejo learns about their fight, when Fateh goes out of control. She intervenes to stop Fateh from getting innocent Angad. Angad knows Fateh still loves Tejo. Is Angad planning things to bring Fateh and Tejo together? Keep reading.

Earlier in the show, Tejo serves coffee to Angad and the family members. Angad praises Tejo a lot. Jasmin asks Tejo to tell what she likes about Angad. Tejo tells that true people like Angad are rare in the world, he is special. Jasmin gets too mean. She taunts Tejo that Angad is the third person in her life, her two marriages experience is helping her decide things so quickly. She hurts Tejo’s sentiments. She asks Angad did Tejo not tell him that he is her third would-be husband. Angad finds Tejo really upset. Fateh didn’t wish Jasmin to say this and hurt Tejo’s heart. He gets angry on Jasmin. Both Angad and Fateh worry for Tejo, while realizing that Jasmin can never be a good sister for Tejo.

Jasmin tells that Tejo has two marriages before, and Angad is the third man in her life. Tejo recalls her marriages with Jass and Fateh. Fateh stops Jasmin from speaking the nonsense. Jasmin tells that she is just saying the truth, Tejo taught her that relations can’t be kept on the basis of lies. She tells that now Angad knows the entire truth. Angad asks Jasmin not to worry, he knows everything about Tejo and she knows everything about him, they know about their past and accepted it too.

He tells her that he also knows what Jasmin did on her marriage day, why Tejo had to marry Fateh. He insults back Jasmin and laughs on her broken marriage. He asks Jasmin is there anything else to say. He takes a step to defend Tejo. He makes sure that her tears changes into smile again. Tejo feels embarrassed that her past came out this way in front of Angad. Angad tells Tejo that she is a blessing in disguise for him, and the sorrow in her life is also a blessing in disguise for her that she got such a hero in her life. Tejo smiles.

Fateh and Tejo’s moments flash on their minds. Angad takes Tejo to drop her home. He doesn’t want her to feel embarrassed or awkward. He knows the difference between Jasmin and Tejo. He tells her that Virks are a good family, he had an awesome evening with them. She asks him if he had known about Jass. He tells that he got to know about him from the police, after the Diwali night. She tells that Jass was a fraud. She asks how did he know about Fateh and her marriage. He tells that he guessed it and handled the matter. She calls him smart to handle things so well. He tells that he promised to support her.

He adds that they have to know each other. She replies that they have to spend more time together. She asks him to go home and rest. He asks her if she is sure that she is doing this for her selfish sister. Tejo tells that she thinks a lot for others, if someone forgets decency, then should they do the same. Angad chants Tejo Mata again. She laughs. Gurpreet is emotional. She tells that Angad is a nice guy, perfect for Tejo, he will keep her happy, but they will miss Tejo. She asks him if he thinks his plan will work, if Fateh will stop their engagement. He is hopeful after seeing Fateh’s reactions.

He tells that he has to open Fateh’s eyes, that Tejo is the right girl for him. He wants to make Fateh realize this before his marriage. Tejo informs Angad that she is leaving for the academy. Angad tells her that he is coming to her home to pick her, its his work to make her reach the destination, then her family will be convinced of his love and care. He asks Tejo to come out and wait for him, then everyone will praise their pairing. She wants him to tone down the overacting. Tejo finds Jasmin outside the house.

Jasmin questions her drama. She asks Tejo why is she fooling everyone. She doubts that Tejo doesn’t love Angad. Tejo doesn’t want to answer the brainless Jasmin. Jasmin tells that she can see Tejo’s love for Fateh. She asks Tejo to stop her drama. Tejo calls Jasmin mad. She limits Jasmin from interfering in their lives.

Jasmin tells that she isn’t interested in Tejo’s life. She asks Tejo not to come back in her life. Tejo asks her to get lost. Jasmin asks what does she want to show, by planning the engagement on her wedding day. Tejo tells that its elders’ decision. She asks Jasmin to go and talk to Rupy and Khushbeer. Jasmin calls her goodness a convincing drama. She tells that if Tejo dares to come in her mandap this time, then she will forget that Tejo is her sister. Tejo taunts that Jasmin has forgotten this much time before. Angad reaches there and sees Jasmin troubling Tejo. Tejo doesn’t want to waste her time with Jasmin. She goes with Angad.

Angad finds Tejo really upset. He cracks jokes to make her smile, but she instead cries. Tejo tells that she wants to be silent. He tells that a person shouldn’t stay silent when there is a noise erupting in the heart. He asks her to express it to him. She just wants to be silent and tolerate the sorrow alone. Angad drops her at the academy. Fateh finds Tejo in tears. He doesn’t know that Jasmin is the reason for Tejo’s tears. He thinks Angad told her something that Tejo is crying. Fateh doesn’t want to spare Angad this time. He reaches Angad, who welcomes him with a big heart. Fateh catches Angad and beats him.

Angad stops his guards. Fateh asks Angad why did he make Tejo cry. Angad calls it nonsense. He calls it enough when Fateh accuses him for the wrong things. He tells that if Fateh is a boxer, then he is equally strong to fight him. He asks Fateh who told him about Tejo. Fateh tells that he had seen Tejo crying. He tells that he will find out the truth. Angad tells that Fateh’s dear people are hurting Tejo. He hints that Fateh already knows who is the culprit in this matter. He asks Fateh to go and ask those who are dear to him. Fateh gets clued about Jasmin’s misdeed. Stay tuned.

Reviewed Rating for Udaariyaan 17th November 2021 Written Update Fateh goes violent: 5/5 This rating is solely based on the opinion of the writer. You may post your own take on the show in the comment section below.