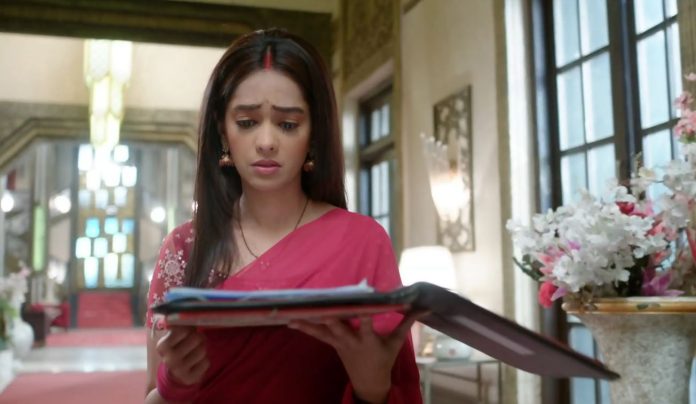 Kumkum Bhagya 18th November 2021 Written Update Major shock Pallavi is too happy that Rhea has perfectly forged Ranbir’s signatures on the divorce papers. She tells Rhea that nobody will know that its actually Rhea who signed the papers. Pallavi tells Rhea that she will send the papers to Prachi and get it signed by her as well. She adds that she can do anything to remove Prachi from Ranbir’s life, since Prachi brings darkness and sorrow for Ranbir. She wants to get them divorced by hook or by crook.

Rhea is happy that Pallavi is on her side. She looks forward to get Ranbir and Prachi divorced, because only then she can marry Ranbir. They send the papers to Prachi by their lawyer. The lawyer meets Prachi and hands over the divorce papers. He asks her to sign the papers. He shows her Ranbir’s signatures and asks her to sign on every paper where Ranbir had signed. Prachi gets the major shock seeing the papers signed by Ranbir. She can’t believe that her marriage is going to break. She drops the papers on the floor. She attempts to run away from the reality. She runs aimlessly in the shattering moment. Prachi is lost in Ranbir’s thoughts.

Pallavi promises Rhea that Prachi will never come back in Ranbir’s life. She has initiated the divorce proceedings without informing Ranbir. What will be Ranbir’s reaction on the divorce? Abhi and Pragya’s story is repeating with Ranbir and Prachi. Like Aaliya lied to Pragya about Abhi’s signatures and made her sign the papers, Rhea tricks Prachi in this case to get the divorce done. Pragya and Prachi’s Kumkum Bhagya seem poor as always. The essence of Ranbir and Prachi’s sweet relationship gets killed by the disgusting divorce track. Keep reading.

Ranbir and Prachi miss each other so much that they start imagining themselves living together as before. When their happy dreams come to an end, they return to their sorrowful selves. Ranbir hurts himself to stop thinking about Prachi. He tells to himself that Prachi is not worth his love. The maid clicks Prachi’s picture to send it to Rhea. Sushma looks for Prachi. Prachi apologizes to her. Sushma asks her not to say sorry all the time. She finds Prachi losing her confidence. She asks Prachi to have breakfast. Prachi refuses. Sushma asks her to have food and take care of her health. She tells that she is leaving for office in some time. She asks Prachi to go to the temple and come.

Sushma doesn’t find any way to handle Prachi. She wishes Pragya was there to help Prachi. She thinks of visiting Pragya and telling her about Prachi’s condition. She goes to Abhi and Pragya’s room, where they are lying in the coma state, getting the medical aid. She appeals to them to come back for Prachi’s sake. She tells Pragya that she doesn’t want to lose her. She knows that Abhi is the reason for Pragya’s life.

She asks Abhi why does Pragya suffer always because of him. She asks him why didn’t he protect Pragya when he is her love and husband. She asks Abhi to get up and then help Pragya, he is the one whose call can get Pragya back to life. She wants Abhi and Pragya to return to normalcy. She provokes them to react on her voice. She begs them to get up once. She breaks down emotionally.

Pallavi praises Rhea for forging Ranbir’s signatures so well. Prachi sees the papers signed by Ranbir. Lawyer asks her to sign the papers. Prachi gets heartbroken. She recalls Ranbir’s words. She drops the papers and madly runs. Sushma gets worried seeing Prachi in tears. Prachi can’t get over Ranbir’s memories. Prachi locks herself in the room. Rhea tells that Ranbir will get free from Prachi forever. Pallavi thinks Prachi will ask alimony from Ranbir.

Rhea is ready to pay any amount to Prachi to get Ranbir freed. She asks if Ranbir will agree to marry her. Vikram tells them that Ranbir will agree to marry once he gets divorced from Prachi. He tells that he is seeing Ranbir progress in life. He adds that Ranbir got their company to the top position. He doesn’t want Pallavi to pressurize Ranbir for marriage. He asks her to first talk to Ranbir about the divorce. Rhea tells him that they have sent the divorce papers to Prachi already.

He tells that he will question them about the cheat. Pallavi tells that she will lie to Ranbir. He asks her not to lie to their son. She tells that they have make Prachi out of Ranbir’s life. Vikram leaves it to Pallavi. He just wants his son’s happiness. Rhea feels Vikram and Pallavi are doing everything to help her. She just wants Ranbir. Sushma asks Prachi to open the door. Prachi isn’t able to accept the reality. She gets under the shower and sheds tears of pain. Stay tuned. 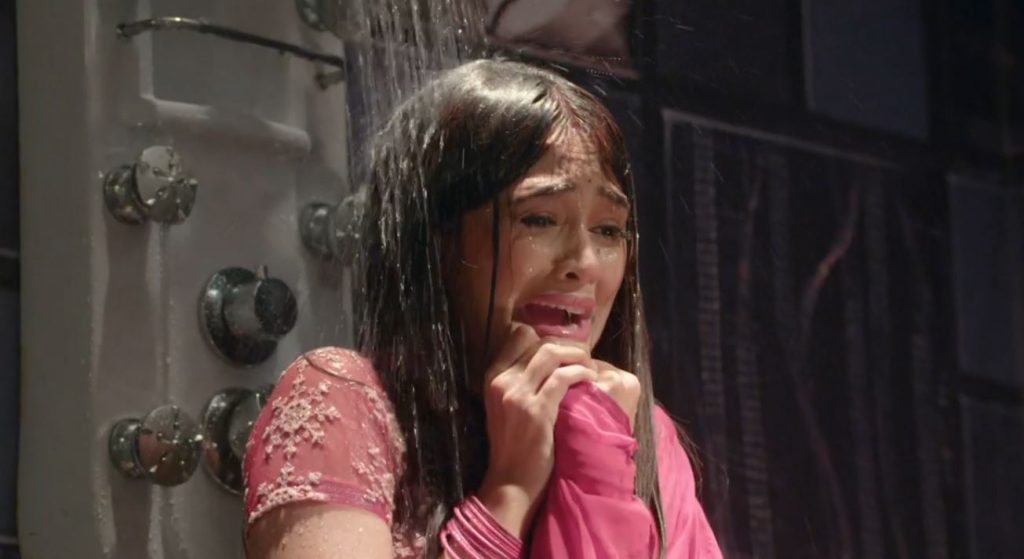 Reviewed Rating for Kumkum Bhagya 18th November 2021 Written Update Major shock: 1/5 This rating is solely based on the opinion of the writer. You may post your own take on the show in the comment section below.