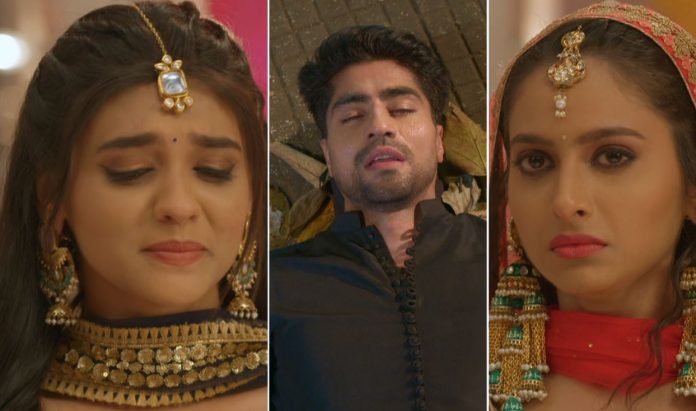 Yeh Rishta 17th November 2021 Written Update Akshu’s killing silence Kairav shows Abhimanyu the messages he sent to Aarohi which can’t be sent to friends normally. Abhimanyu explains he wanted to talk to Akshara and Neil gave him Aarohi’s number instead. He continues explaining that he sent those messages thinking it is Akshara’s number. Kairav gets angry at Abhimanyu and insults him saying that he doesn’t have/use his own brain even being a doctor. Harshvardhan gets angry at Kairav and says he will not hear another word against his son.

Kairav replies to Harshvardhan it’s good that he can’t hear a word against his son but doesn’t have a problem with his actions. Anand asks Kairav to let the elders handle the situation. Manish supports Kairav and says why their daughters will suffer if Neil made a mistake. Neil accepts his mistake and apologizes. Vansh asks Neil to not try becoming great. He asks Neil to not take Abhimanyu’s blame on himself as it won’t rectify Abhimanyu’s mistakes. Neil asks Vansh what is Abhimanyu’s mistake in that? Vansh says Abhimanyu should have told Aarohi that he didn’t intend to send those messages to her or have deleted her number when he got to know that it isn’t Akshara’s number.

Manish tells Abhimanyu that no explanation can rectify his mistake as it broke their daughter’s heart and another daughter got insulted. He asks Birlas doesn’t they talk to each other at home? Anand says Goenkas also didn’t clear anything with each other. He says they were the ones who called Manjiri. Akhilesh says Manjiri switched off her phone with an incomplete conversation. Harshvardhan says to Goenkas they could have called other elders of Birla house. Akhilesh says they thought to continue talking to Manjiri as she initiated the marriage proposal.

Manjiri apologizes to Goenkas. Akhilesh blames Manjiri for all the misunderstanding. Harshvardhan stands for Manjiri and says Suhasini committed the same mistake. Manish gets angry at Birlas for involving his mother in between. Parth blames Kairav for starting the fight. Both Goenka and Birla family indulge in a fight. This affects Abhimanyu and Akshara. Abhimanyu asks everyone to get quiet. He asks Akshara, did she ever doubt that he loves Aarohi or flirts with her. Abhimanyu says to Akshara that the only thing that matters is what she thinks. Akshara recalls asking Aarohi that she wished for Abhimanyu and she replied yes.

Abhimanyu asks Akshara to tell everyone about their methi dana, oil, phone call and home doctor conversation. Akshara remains quiet and everyone looks angrily at them. Abhimanyu tells Akshara that her silence is ruining their family’s respect and letting everyone think or talk anything about them. He asks her to close her eyes and hear her heart’s voice. Abhimanyu continuously requests Akshara to accept and tell everyone that she also loves him. He gets angry at Akshara and requests her to clear the confusion by uttering something.

Harshvardhan asks why isn’t Akshara saying anything. He says Abhimanyu is standing with confidence because he is telling the truth. He insults Akshara and asks Goenkas if their daughters are playing with his son. He asks how it is possible that two sisters don’t discuss anything with each other. Kairav asks Harshvardhan to finish the matter and leave. He also asks Abhimanyu to not question Akshara again and again for hiding his mistake. Abhimanyu continues questioning Akshara. He asks Akshara to look at him at least for the last time. Akshara refuses to see him.

Abhimanyu apologizes to Aarohi for hurting her. He tells her that the truth is that he loves Akshara only. Abhimanyu tells Aarohi that he hasn’t given her the right to call him Abhi. He says his love proved him wrong in front of everyone but he isn’t wrong in his own eyes as he loved someone and not made a mistake. He stares angrily at Akshara and starts leaving. Akshara cries and both recall their past moments. Akshara’s bracelet falls from Abhimanyu’s hand. Birlas too leave. Akshara cries profusely and Vansh comforts her. Kairav comforts Aarohi in shock.

Angry Abhimanyu drives away leaving his family worried. Mahima blames Manjiri for. Abhimanyu’s condition. She taunts Manjiri for failing to understand her own son’s heart. At Goenka house Swarna and Suhasini blame themselves for the misunderstanding/confusion. Manish says Birlas were too at fault. Kairav says its good Birlas returned. Akhilesh agrees to Kairav and calls Birlas low thinking people. Abhimanyu on the other side recalls how Akshara remained quiet and proved him wrong in front of everyone. Akshara sees her bracelet Abhimanyu left at her home. Aarohi sees Birlas traditional bangles and pan patta where her and Abhimanyu’s name is written.

Abhimanyu on the other side is seen broken. Neil and Parth try to stop Abhimanyu from hurting himself. They get shocked when Abhimanyu lies down on the road broken-hearted. Kairav comforts crying Akshara. Seeing this Aarohi gets jealous and angry. She recalls Abhimanyu confessing his love for Akshara. Both Aarohi and Akshara leave separate ways. Goenkas see increased hatred and resentment between Aarohi and Akshara and wonder if their relation will ever improve? On the other hand, Abhimanyu keeps blurting why Akshara remained silent? Neil and Parth worry for Abhimanyu.

In the next episode, Aarohi will accuse Akshara for intentionally breaking her building relation with Abhimanyu. She will ask Akshara why will a doctor like an average girl like her? At Birla house, Harshvardhan will blame Manjiri for not being able to understand her husband and son. Manjiri will give him a befitting reply and say that a person who never understood his wife, how will he understand a mother. Akshara will tell Aarohi that she has heard a lot of nonsense from her since childhood but she will not hear anything now. She will ask Aarohi to not blame her as she alone is not responsible for the whole confusion. Abhimanyu will stop an angry Harshvardhan from slapping Manjiri.

Reviewed Rating for Yeh Rishta 17th November 2021 Written Update Akshu’s killing silence: 5/5 This rating is solely based on the opinion of the writer. You may post your own take on the show in the comment section below.