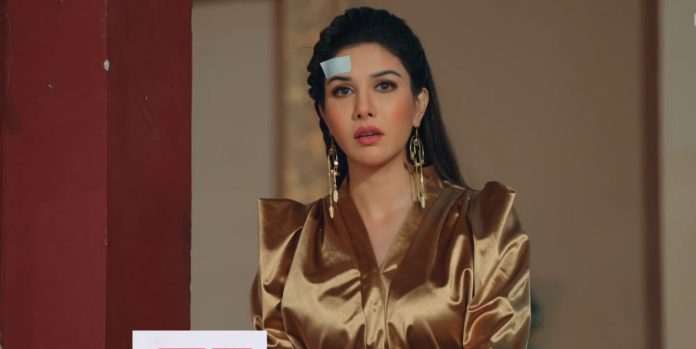 Yeh Hai Chahatein 18th November 2021 Written Update Mishka’s apology Param asks Mishka if she is feeling better? Mishka replies yes and thanks Param. Param tells Mishka this is the first time she is talking to him in a good way. Mishka tells him that she talked to him in a good manner because he for the first time did something good for her. Param says he does good with people and bad with bad people. Mishka asks Param what bad she did to him? Param replies to Mishka that she didn’t do anything bad but she used to talk to him in a strutting manner. He explains to her that this behaviour of hers makes a person feel inferior to her.

Mishka tells Param that she is alone and cannot make anyone feel inferior to her. She reveals to Param that her sister is in prison and father has died. Mishka also tells Param that if Rudra would have not given her a place in his house, she doesn’t know where she would have gone. She further tells Param that all her friends have got married and have children. Param tells Mishka that he is alone too and just shows happiness on his face to the world. He reveals that he feels like an orphan after his brother and sister-in-law’s death.

Mishka asks Param, isn’t this strange that both of them together are alone? She asks him if they can be friends. Param and Mishka agree that together being friends they can be with each other, support each other and care for each other. They hold hands and on the other side happy Rudra hug Prisha. Rudra takes the credit for uniting Mishka and Param. Prisha asks Rudra then why he called her for help. Rudra tells Prisha that he was giving her a chance. They have a cute fight. At last they give each other a high five on the success of their plan.

Prisha calls GPS and asks him about how Venky got uncontrollable that night. GPS tells Prisha that Venky got scared seeing something on her phone. He asks her to come and let them check her phone. Prisha and Rudra reach a mental health clinic to meet Venky. Venky plays with Prisha’s hair and eats food. Prisha makes Venky hear her phone ring tone. When Venky doesn’t give any reaction to the ringtone, Prisha shows him her pictures with Rudra and Saaransh. GPS, Prisha and Rudra out if the ward discusses with the Doctor that nothing from Prisha’s phone scared Venky. Dr. Radha leaves saying that some old memories might have scared Venky.

GPS reveals to Prisha that Vasudha went to help a relative who suffered a fracture. Prisha and Rudra ask GPS to not worry as they will together take care of Venky. Next morning Vidhi is seen playing with Param and Mishka. On the other side, Venky shakes hands with Rudra. His condition improves. Mishka and Param’s bond gets better. Prisha and Rudra make Venky wear new clothes. They enjoy time with each other. On the other side, Param, Mishka and Vidhi watch movies and spend time with each other.

Dr. Radha permits Prisha to take Venky home. Param on the other hand proposes Mishka for marriage on a family dinner with Vidhi. Mishka says yes to Param’s marriage proposal. She tells Prisha about Param’s marriage proposal to her. Prisha tells Mishka that she is very happy for her. Mishka says to Prisha that she wants to meet her. Prisha calls Mishka to Srinivasan’s house. Mishka reaches Srinivasan’s house and shares her happiness of getting a marriage proposal and ring from Param. She thanks Prisha for her help and gives all credit to her and Rudra for bringing happiness to her life.

Venky gets scared seeing Mishka and falls unconscious. While Prisha and GPS get worried for Venky, Mishka gets scared to see that Venky is Prisha’s brother. They take Venky to his room and make him lie on the bed. Prisha checks on Venky and tells everyone that Venky may have fallen unconscious after getting emotional seeing his home after a long time. Mishka excuses herself. While seeing off Mishka, Prisha reveals to her that Venky tried to commit suicide a long time ago because a girl accused him of false molestation. She also reveals to Mishka that Venky’s condition deteriorated after the allegations and their whole family suffered a lot.

Prisha further tells Mishka that Venky is improving now and will get well soon. She tells Mishka that she feels cursing the girl who falsely accused her brother of molestation. Mishka asks Prisha if she knows that girl. Prisha says she wants to get that girl punished. Mishka asks Prisha to think if that girl would have accused Venky falsely in some helplessness. Prisha says no girl would be so helpless to make an innocent man and his family suffer. Mishka calms Prisha. Prisha says that girl would have to pay for her mistakes. Scared and guilty, Mishka drives away and meets an accident.

Rudra asks Prisha how Venky got another attack and that too soon. Prisha says that the doctor said that Venky might have suffered another panic attack due to change in living place. Param calls Rudra and informs him about Mishka’s accident. Worried Rudra and Param reach the hospital, where Mishka reveals that she is fine. Mishka asks them to calm down as it was a little accident. She asks Rudra if Venky told them anything. At night, Rudra gives a shoulder massage to Prisha and gets romantic with her. Both get romantic with each other.

On the other hand, a scared Mishka takes out her yearbook. She sees Venky’s picture and thinks that it is rightly said that a person gets punished for their wrong deeds in the same life. She says to herself that she didn’t think that Venky would have to suffer so much because of her false molestation accusations on him in the past. In the next episode, Prisha will tell Rudra that due to the union strike she has to join her duty as soon as possible. Mishka will hear them. She will request sleeping Venky to not reveal anything about their past to anyone. Rudra will come there and look at Mishka with a confused expression.

Reviewed Rating for Yeh Hai Chahatein 18th November 2021 Written Update Mishka’s apology: 3/5 This rating is solely based on the opinion of the writer. You may post your own take on the show in the comment section below.