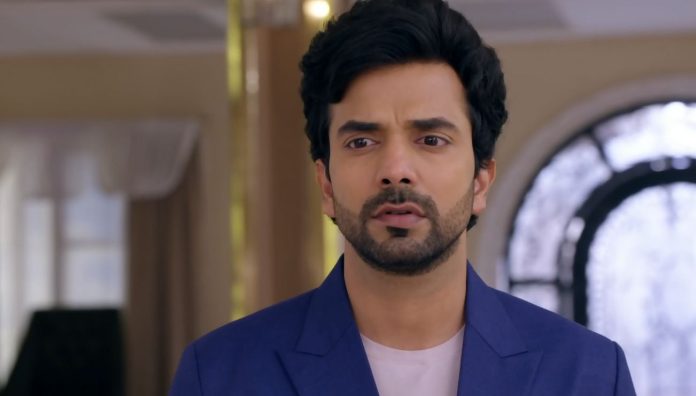 Kundali Bhagya 22nd November 2021 Written Update Rishabh’s new task Sherlyn had promised Prithvi that she will get him out of the jail once the Diwali holidays get over. She contacts the lawyer and asks him to get Prithvi out of the jail some how. She doesn’t care how the lawyer fulfills the task. Rishabh hears Sherlyn talking to the lawyer and defending Prithvi. Sherlyn realizes that Rishabh is at the door. She lies to fool him. Rishabh has clearly heard whatever she told to the lawyer. He lets her go without any suspicion, just to find out her entire truth. Rishabh finds Sherlyn leaving from the house to meet the lawyer. He decides to follow her and find her reality to end the game for once and all.

He doesn’t want Sherlyn to disrespect relations by getting cheat in between. Sherlyn tries to get alert. She doesn’t see Rishabh following. Rishabh thinks Prithvi has been exposed, and now its Sherlyn’s turn. Meanwhile, Karan tells Preeta that people normally fall in love, then have dating phase and then plan their marriage. He tells that their case is different, they got married first and then fell in love. He tells Preeta that their love is special, its different, its extra-ordinary and limitless.

He can’t see anything else than Preeta. Preeta doesn’t want any bad sight to get cast on their love. They share a cute moment and profess their love for each other, unaware that Sonakshi is residing around them with evil motives. Thankfully, Rishabh’s eyes open up once again to see Sherlyn’s truth. Will he be able to find out Sherlyn’s truth and gather evidences against her? Keep reading.

Rishabh tells Preeta that Sherlyn is caring a lot about him these days. He thinks of an incident when Sherlyn asked him to switch his place on the bedside to avoid the sunlight and also his headaches. Rishabh feels happy that Sherlyn is turning caring towards him. He recalls that Sherlyn was getting affected by the sunlight, but still she slept facing the window side. He felt her gesture was really sweet. Preeta tells him that he is hiding his personal moments from others. He tells that Preeta is his family, its just he is liking Sherlyn’s concern. Sherlyn proves to them that she has changed.

Preeta asks Rishabh if love is blooming between them. She tells Rishabh that he was blushing on seeing Sherlyn. He laughs on hearing her. She asks him to share his intense feelings, maybe things get better if he confesses his love. She tells that if he loves Sherlyn’s love and efforts, then he should appreciate it and encourage it by complimenting her. She wants him to keep his precious moments in his special relation.

Rishabh takes her love advice. She tells that she will tell everyone in the family that he loves Sherlyn but he is shy to confess. Rishabh asks him not to embarrass him, he will confess his love to Sherlyn. She wishes him all the best. She is glad that love has finally entered his life. She believes that Sherlyn kept her promise, she has really changed. Rishabh thinks life is so beautiful that he fell in love with Sherlyn.

Sherlyn tells the lawyer that she knows everything about Prithvi’s past and the crimes. She asks him to save Prithvi somehow. Lawyer tells that they have to tell Prithvi’s past to the judge and gain his sympathy. Rishabh happily comes to the room to profess his love to Sherlyn. Sherlyn sees Rishabh at the door, and changes her statement. She tells that her family is important to her than Prithvi, he should not come out of the jail. She abruptly disconnects the call. Rishabh tells Sherlyn that she asked the lawyer to free Prithvi from the jail, but on seeing his shadow, she has changed his statement.

He asks her to stop fooling him by her fake tears. He calls it enough. She sheds tears to tell him that she wanted Prithvi in the jail. She tells that he should trust her, because she is his wife. Rishabh tells that a word can change the entire meaning. He tells that he is sorry that he is in stress and heard it wrong. She thinks he is really a big fool to get tricked easily. He easily accepts in front of her, just to find out what is she planning to do. He trusts himself. He knows what he heard was right. He wants to catch her red-handed, so that she has no way to find an excuse. He decides to bring her truth out, and expose her like Prithvi was exposed. Karan comes back to his room.

She asks him to take the car keys and just go. She sends him for his practice. Rishabh doesn’t want the doubt to make a place in his mind. He wants to make Sherlyn know that she can’t play with his emotions. He finds Sherlyn leavin from the house. He hears her talking to the lawyer again. He follows her to find the truth. He is afraid that she is doing the expected. He wants her to get caught red-handed. She takes a wrong turn, and confuses him unknowingly. He wonders if Sherlyn is so cunning, that she doubts someone is following her. He follows Sherlyn and hides from her. He doesn’t want her to spot him. Sherlyn checks if anyone is following her. Rishabh tricks her and follows her to the jail only to see her with Prithvi. Keep reading.

Reviewed Rating for Kundali Bhagya 22nd November 2021 Written Update Rishabh’s new task: 5/5 This rating is solely based on the opinion of the writer. You may post your own take on the show in the comment section below.