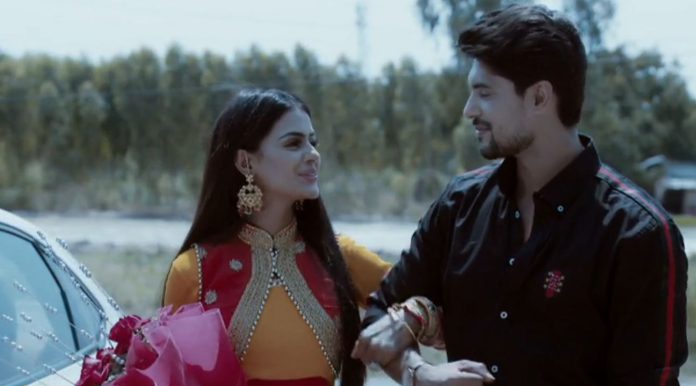 Udaariyaan 21st November 2021 Written Update Madness Angad comes to meet Tejo at Virk house. He is very excited to see the arrangements for their fake engagement. She doesn’t want Virks or Angad to buy costly rings. She wants Angad to limit his emotions. She tells that they can buy a fake diamond ring instead spending much money on the real one. Jasmin is on the terrace. She finds Tejo and Angad talking in the lawn, and spies on them. She overhears their conversation. Tejo asks Angad what’s the need of the costly ring, when they both know the fact that the engagement happening between them is fake. She tells him that its a fake engagement and they can just get a fake ring for it.

Angad tells that even if its a fake engagement, the party and celebrations won’t be fake. He is cheerful as always, and doesn’t listen to Tejo. He wants to buy a real expensive ring for Tejo. Tejo has no greed for costly jewellery. She proves another of her best quality to Angad and leaves him impressed. Jasmin loses her cool knowing about the fake engagement. She doesn’t want to spare Tejo. She plans to get Tejo’s truth known to Virks and Sandhus. It will be fun to watch Jasmin failing badly in her evil plans against Tejo. Both Fateh and Tejo have started to show their crazy love for each other indirectly.

Will Jasmin bring Tejo’s truth out, or end up falling in Fateh and families’ sight further? Will the families learn Tejo’s sacrifice for Fateh? Will Fateh realize Tejo’s true love and dedication towards him? Where does Angad stand in Tejo’s life? Will he just play a cupid for Fateh and Tejo? The madness of love begins to strike Fateh and Tejo’s lives. Do you want to see Fatejo of Angjo? Comment your views. Keep reading.

Virks and Sandhus meet at the Virk house. Fateh hides from Tejo, but keeps a watch. Tejo finds him hiding and gets suspicious to know the matter. She fails to confront Fateh. Fateh tries to avoid everyone and just leave, before his truth about the surprise comes out. Fateh goes out and comes across Angad. They both are scared that they have told each other their truths. Tejo’s good fate irks Jasmin, who finds the Virks showering love on Tejo. Tejo is asked to choose the jewellery and engagement rings. She is much pampered by both the families. Jasmin is fed up seeing the drama. He goes to look for Fateh.

Fateh and Angad each other if they remember any nonsense they told about their marriage and engagement. Though, they both don’t remember anything in particular. Angad tells Fateh that he was talking about surprise for Jasmin. He gets the flashes of the night. Fateh tells that he would not tell the top secret to anyone, the surprise can’t be revealed. Angad gets Tejo’s call. She asks him to come inside, the families are waiting. Angad tells that he is just coming. He tells Fateh that Tejo is missing him a lot. Tejo finds Fateh and Angad’s over friendly talks. She wonders what’s the truth, their fight or their friendship.

Khushbeer calls the jeweller home. Angad chooses a diamond ring for Tejo. He asks Tejo to choose a diamond, because she is a diamond herself. Tejo chooses a simple ring. Jasmin is upset when the entire family asks Tejo to wear the expensive diamond ring. Angad tells Tejo that he can’t give a small cheap ring to his wife, else the people will doubt on his life. Tejo wants him to tone down the overacting. Angad selects a big diamond stone ring. Jasmin grows jealous when Angad gets praised for having a big heart. Tejo asks Angad to select the ring himself. Angad wants Tejo to select anything she likes for him. He wants to wear the ring of her choice. She chooses a broad ring, and tells that he is a diamond and should wear a big diamond.

The families discuss about the engagement function. Angad tells that they are his family. He wants them to plan some music and dance in the engagement. He wants to have a reason to celebrate, after all its his engagement. Fateh and Jasmin watch the discussion. Jasmin controls her anger. She is upset that nobody is thinking about her marriage. Tejo asks Angad to come with her for a talk regarding the academy. Angad knows that Tejo will scold him for his mistake. The family is happy to see the old smiling Tejo back. Khushbeer wishes Fateh understands Tejo’s worth.

Tejo asks Angad why did he buy the costly rings when the engagement isn’t fake. Angad asks her to let him explain, they have to pretend in front of the family and not let them doubt. She tells that the rings are really expensive. She is serious that their engagement is fake and doesn’t need such expenses. She asks him what will they do of the rings after breaking the engagement. He tells that diamonds are forever. Jasmin tries to make arrangements as per her choice. She wants things as she likes. She finds Tejo and Angad talking. She is shocked to know about their fake engagement.

She learns that Tejo has planned this fake drama. Angad tells that money is to be spent and buy happiness. He tells that the celebrations are real in their fake engagement. Jasmin wonders why is Angad agreeing to Tejo’s plan of a fake engagement. She wants to expose Tejo’s truth to the families. She thinks once she tells about the fake engagement, then the families will throw out Tejo and then focus on Fateh and her marriage. She really thinks they will believe an evil person like her. She goes to them and stops. She thinks its better to tell Fateh about Tejo’s fake engagement.

Fateh thanks Satti for agreeing to come in their marriage. Satti tells that Jasmin is dead for Rupy. Jasmin tells Fateh that she wants to talk to him. Fateh apologizes to Satti. He defends Jasmin in front of Satti. He feels guilty for hurting Tejo. Satti tells that they can never payback Tejo’s favors. She adds that Tejo kept this engagement condition just to make the elders bless Fateh and Jasmin. Fateh also feels that Tejo has a big heart. Jasmin realizes that Tejo is faking her engagement for Fateh’s happiness. Satti regrets that Jasmin doesn’t have any concern for her sister.

She wants Fateh to stay away from Tejo. She asks him to keep Jasmin away from Tejo’s life. She is happy that Angad came in Tejo’s life. She really finds Angad good and caring. Jasmin decides not to tell Fateh about Tejo, else he will also chant her name seeing her sacrifice. She adds that she cares for Tejo, she isn’t selfish. She further tells that she misses her family, she is happy that their families will bless them. She decides to stay silent and go ahead with the marriage. She fears that Fateh may refuse for the marriage on knowing Tejo’s sacrifice. The families get into a happy mood when Angad calls the choreographers home for their dance performance rehearsals. Fateh gets affected seeing Tejo and Angad’s romantic dance. Stay tuned. 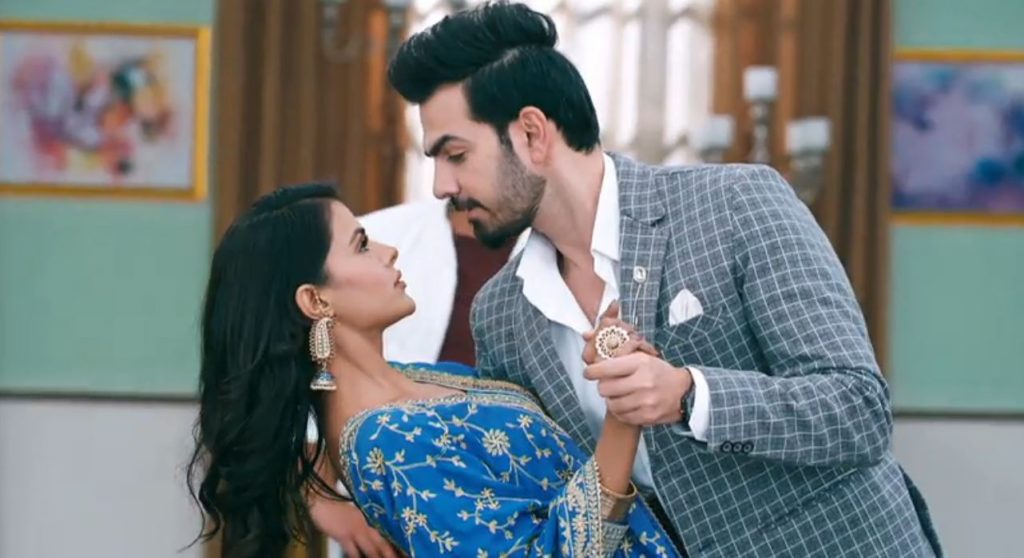 Reviewed Rating for Udaariyaan 21st November 2021 Written Update Madness: 5/5 This rating is solely based on the opinion of the writer. You may post your own take on the show in the comment section below.