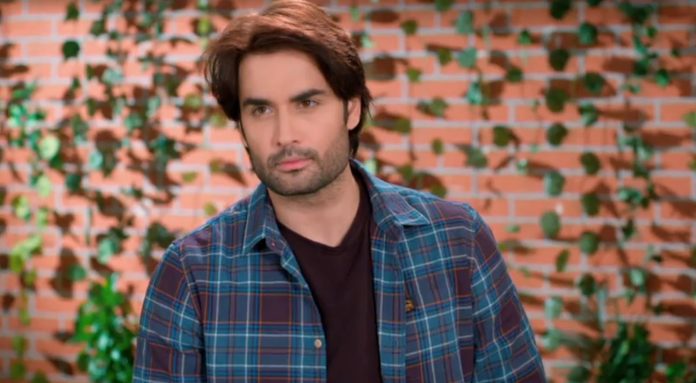 Sirf Tum 23rd November 2021 Written Update Ranvir’s miracle Ansh takes his revenge on Ranvir by targeting Suhani. Ranvir is worried for Suhani. Riya plans to celebrate Suhani’s admission. She shows her gift. Dadi likes the watch. Suhani and Sudha come home with an upsetting news. Suhani runs to her crying. Sudha tells them that Suhani failed in the exam. Riya doesn’t believe this. Sudha has no answer. Dadi tells that its better that Suhani didn’t pass the exam. Rocky irritates Ranvir. He asks Ranvir to have the cake. Ranvir insults Rocky once again in his rage. Ansh watches their drama. Rocky doesn’t care and laughs on Ranvir. Ansh stops Ranvir from hurting Rocky again. Ranvir leaves them with a warning.

Ansh wants Ranvir to lose his love. He gets happiness by hurting Ranvir. Ranvir speaks to Mamta. She invites him in the party organized by Vikrant. He refuses to become a part of the promotional event. She tells that he has to come at any cost. Mamta is hurt, but hides the truth from Ranvir. Ranvir finds her hurt and takes tension. He asks her to take care of herself. He tells that he has failed in keeping his responsibility. She asks him to fulfill the responsibility. Suhani isn’t sure of the result. She tells that she didn’t write a poor exam. She prays that a miracle happens and she gets the admission in her dream college.

Ranvir and his friends enter the dean office and look for the entrance exam papers. Ranvir gets the right papers. He learns the truth that someone had changed Suhani’s roll number to cause her failure. He tells that nobody can stop Suhani’s admission in the college. Dean catches them in his office. He asks Ranvir to accept the punishment for his bad conduct. Ranvir confronts him for refusing to Suhani’s admission because of someone’s mistake. He asks the dean to give the admission to a deserving candidate.

Dean tells that nobody is responsible for this. Ranvir asks him to give the admission to Suhani right away. He threatens the dean to get the wanted outcome. He creates a havoc. He fights for Suhani. He tells that he won’t participate in any sports event. Dean agrees to sign Suhani’s admission papers. Ranvir stays stressed about Suhani. Dadi tells Rakesh that Suhani has failed in the entrance exam, its good that their respect is saved. Rakesh can’t believe it. Ranvir calls Rakesh to tell him that Suhani topped the exams, she will get the admission tomorrow. Rakesh tells that its okay if Suhani had failed.

Ranvir tells that the result was posted wrong due to the roll number error. He asks Rakesh to send Suhani to meet the dean. Rakesh is still confused. He doesn’t tell the truth to Suhani. He asks Suhani not to worry, he will get her admission in a girls college. Ranvir awaits Suhani in the college. Rakesh asks Suhani not to regret if she didn’t get the admission in her dream college. He tells that her talent matters than the degree. Ranvir arrives home to meet Rakesh and Suhani. Rakesh is troubled by giving her responsibility to Ranvir.

Reviewed Rating for Sirf Tum 23rd November 2021 Written Update Ranvir’s miracle: 5/5 This rating is solely based on the opinion of the writer. You may post your own take on the show in the comment section below.