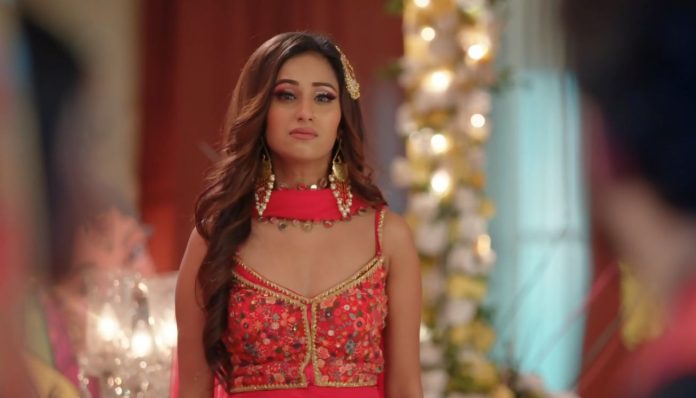 Malishka is also shocked, along with Rishi. She didn’t expect such an alliance announcement suddenly. Dadu and Abhay decide the engagement of Viraj and Malishka. Rishi grows worried. Malishka wants Rishi to take a stand and stop her engagement with Viraj. What will Rishi do now? Will Rishi confess his love to Malishka and stop her alliance forming with Viraj? Will Lakshmi know about Rishi and Malishka? Keep reading.

Ayush and Shalu meet Dadu. Dadu asks Ayush if Shalu is his girlfriend. Lakshmi tells that Shalu is her sister. Rishi praises Lakshmi by his charming talks. Kiran asks Malishka not to make Rishi away from her, and just think of some way to get him back. Malishka thinks to make Rishi jealous by going close to Viraj. Dadu tells that he had liked Lakshmi for Viraj, she is a nice girl, she is selfless and does good to others, but he got to know now that she got married to Rishi. He feels even Rishi is a nice guy, and now Rishi and Lakshmi look perfect together. Malishka grows angry seeing Rishi holding Lakshmi’s hand.

Reviewed Rating for Bhagya Lakshmi 27th November 2021 Written Update Malishka hurts Lakshmi: 3/5 This rating is solely based on the opinion of the writer. You may post your own take on the show in the comment section below.