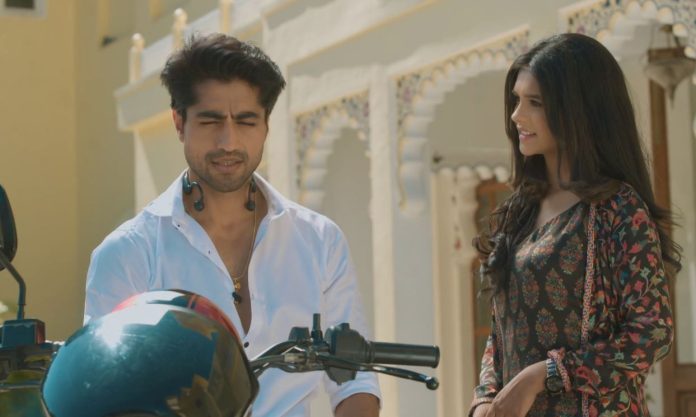 Yeh Rishta 27th November 2021 Written Update Birthday twist Abhi and Akshu’s story goes through testing times once again. Akshu had decided to go away from Abhi’s life forever, but she didn’t wish his life to stop because of her. She wants to stay happy and move on, but learns that he has lost his happiness and liveliness because of her rejection. She doesn’t want Abhi to stop living his lige because she refused to accept his alliance or love. She accepts Neil’s request that she will bring a smile on Abhi’s face on the day of his birthday. They both start preparing for Abhi’s birthday secretly.

Just Manjiri knows Neil’s plan, that he will try hard to unite Abhi and Akshu. Neil doesn’t want to lose hope, because even he has seen love for Abhi in Akshu’s eyes. He tells that he will not accept the failure so soon for the sake of Abhi’s happiness. He loves his brother a lot and can do anything for him. Abhi stays occupied with his work. His ignorant behavior troubles the family, especially his parents Harsh and Manjiri. Manjiri prays that Abhi gets his love, Akshu returns in his life, and this time forever.

Akshu changes her mind and doesn’t go to Pune. She returns home and finds the entire family upset. She brings a smile on their faces by surprising them. She tells that she was running away from the situation after Aarohi’s suicide attempt, but now she will rather face the situation strongly. She doesn’t want to lose to her fate. She has accepted that she can never get Abhi’s love. She doesn’t want to spoil her terms with Aarohi. Aarohi isn’t happy to see Akshu back. Kairav tells the family that he is really happy to see Akshu back, but he was the one who has asked her to go away and live her life happily.

He didn’t think that Akshu can stay happy if she stays back in the Goenka house, just because of Aarohi’s hatred, which isn’t ending for Akshu. Kairav gets rebuked by the elders for not seeking their permission and sending away Akshu. Kairav tells that he just wanted Akshu’s happiness. Akshu asks them not to scold Kairav. She defends her brother, who always wishes the good for her. Akshu tells the family that she has told Abhi and Birlas about her decision. She adds that she cleared to them that she doesn’t love Abhi, and doesn’t want to marry him. Goenkas worry knowing this.

They ask Akshu why didn’t she ask them, she should have taken their advice before going. They are afraid that Akshu has completely closed the alliance talks. Aarohi is glad with Akshu’s decision. Akshu tells her that Birlas insulted Aarohi, and that’s the reason that she doesn’t want to get associated with them. She adds that she will never let any sorrow hurt Aarohi. She is ready to get hurt herself. Aarohi doesn’t understand Akshara’s sacrifice. She thinks to join Birla hospital again just for Abhi’s sake. She informs the family that she is joining the Birla hospital again to work with Abhi.

Goenkas oppose her decision because of the bad happenings between the families. Aarohi tries hard to convince them to send her for the job. Manish doesn’t agree to Aarohi. Akshu steps in for Aarohi’s happiness. She asks Manish not to spoil Aarohi’s happiness by forcing his decision. She asks him to let Aarohi decide for her career. She knows Aarohi will do really good in her job. Manish finally agrees to permit Aarohi for joining Birla hospital but with a condition that she will never have any personal relation with Abhi. Aarohi lies to them and agrees. She actually plans to get close to Abhi by working with him in his team.

Aarohi thinks Akshu is really out of her way now and she can easily get Abhi’s love. Akshu dreams of a romantic moment with Abhi. She realizes her love for him. She calls Neil to get his updates about the birthday arrangements. Abhi asks Neil not to do anything that angers him further. He is clear that he doesn’t want to celebrate his birthday. Before going, Abhi tells I love you to Neil. Akshu hears him on the call and tells I love you too to Abhi. Akshu madly loves Abhi, but has no courage to go against Aarohi for the sake of his love. What will happen when Akshu surprises him on his birthday? Keep reading.

Reviewed Rating for Yeh Rishta 27th November 2021 Written Update Birthday twist: 3/5 This rating is solely based on the opinion of the writer. You may post your own take on the show in the comment section below.